With rumors of Sean McVay leaving the Los Angeles Rams after the season renewed, it seems that television networks and streaming services are again eyeing the head coach as a new face for their NFL broadcasts.

This season has been an absolute train wreck for the Rams as they enter the final week of the 2022-2023 NFL season with the fifth-worst record in the league. The defending Super Bowl champions didn’t get Von Miller and Odell Beckham Jr. back, and only had superstar receiver Cooper Kupp and starting QB Matthew Stafford for nine games a piece.

However, beyond the departed stars and injuries, the Los Angeles Rams just did not play well this season. This campaign to defend their title could not have gone any worse, and unsurprisingly, the results have rekindled speculation Sean McVay could be looking for an escape from LA in the coming weeks.

Before the Los Angeles Rams’ season to forget started, head coach Sean McVay’s return for a sixth season was far from a guarantee. Rumors swirled that various networks and streaming services were interested in acquiring his talents, and Amazon Prime was believed to be a front-runner at one point.

However, Sean McVay was instead given a massive contract extension by the Rams, and he held off on a jump into television for a few years down the road. Well, with some around the league believing McVay could pull the trigger on early retirement in the coming weeks, it seems the broadcasters have also seen the speculation and could be checking in with the head coach and his representatives soon. 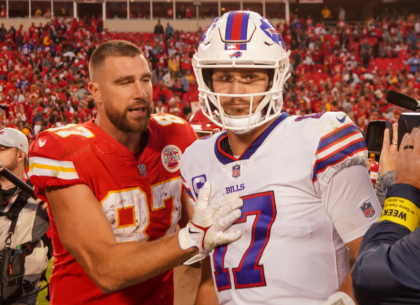 The Los Angeles Rams should be very worried. NFL content providers have been offering huge contracts for far easier work in recent years. Joe Buck and Troy Aikman reportedly got $30 million between them to move over to ESPN. Tom Brady has a massive 10-year, $375 million deal waiting for him with FOX, and Tony Romo received a then-record $180 million deal from CBS in 2021.