Pete Carroll is the master of the short week.

Under Carroll, the Seattle Seahawks are 10-1 in Thursday night games and have won their past nine.

That doesn’t bode well for the Los Angeles Rams, who will travel north for an NFC West showdown Thursday in Seattle.

The Rams (3-1) are coming off a 37-20 loss at home to the Arizona Cardinals in a first-place showdown on Sunday.

“We won’t allow one game to define us,” Rams coach Sean McVay said. “It was not the outing we wanted from anybody, but fortunately we’ve got a short week to dust ourselves off and get back ready to roll.”

The Rams entered last week with the NFL’s top-rated defense, but they allowed Kyler Murray and the Cardinals to gain 465 yards of total offense, including 216 on the ground.

“That wasn’t up to our standard, for sure,” Los Angeles cornerback Jalen Ramsey said. “So whatever it may be, whatever it’s going to take, we need to figure it out ASAP.”

Seahawks vs Rams: Matthew Stafford off to hot start in LA

Rams quarterback Matthew Stafford, acquired in an offseason trade with Detroit, was 26 of 41 for 280 yards against the Cardinals, with two touchdowns and one interception, for a season-low passer rating of 89.5.

“When the quarterback in this league plays well, their team has an opportunity to win games,” Stafford said, “and I’ll make sure that on Thursday, I’m in the right place, ready to go.”

He said the quick turnaround might help the Rams forget their most lopsided loss since 2019.

“I think it’s easy when you have to turn the page so quickly,” Stafford said. “I haven’t played (the Seahawks) as much as a lot of other guys in this locker room have played them, so I’ll have some homework to do and make sure I’m up to speed.” 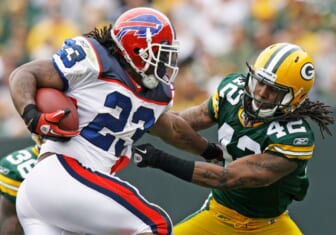 The Seahawks (2-2) avoided their first three-game losing streak in the Russell Wilson era with a 28-21 victory against host San Francisco on Sunday.

Wilson passed for only 149 yards against the 49ers yet threw for two scores while compiling a 116.0 passer rating. He also rushed for a touchdown.

On Thursday, he will be wary of Ramsey, a two-time All-Pro.

“Jalen is one of those guys who doesn’t have many weaknesses,” Wilson said. “He’s really special. He’s a great football player, so you have to know where he is and what he’s doing and how he plays the game.” 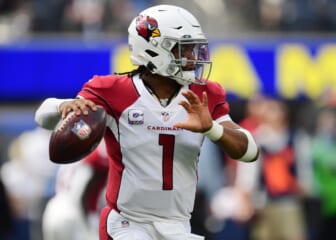 The Rams possess similar regard for Wilson.

“I have a lot of respect for him, the way he plays the game,” said Los Angeles defensive tackle Aaron Donald, a three-time Defensive Player of the Year. “We’ve got to find a way to put pressure on him, find ways to affect him, so we can win this game.”

The defending NFC West-champion Seahawks will look to reverse a 30-20 wild-card playoff loss to the Rams on Jan. 9 in Seattle.

Rams running back Darrell Henderson Jr., who rushed for 89 yards on 14 carries against Arizona after missing the previous week with a rib injury, got dinged up again, but McVay said he should be able to play in Seattle. Henderson was limited in practice Tuesday, as were safety Taylor Rapp (ankle) and tight ends Tyler Higbee (ankle) and Johnny Mundt (shoulder).