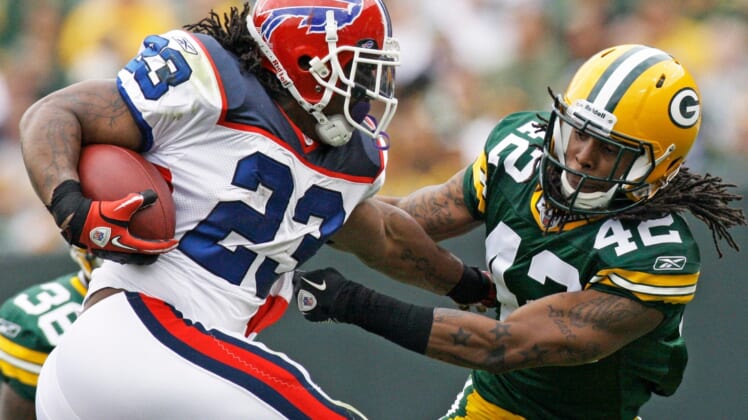 Per the NFLPA, Lynch “will work with union leadership to ensure its 2,000-plus members get the most out of football, providing strategic support and insight for the many athlete-driven programs, resources and revenue growth opportunities available to players.”

NFLPA executive director DeMaurice Smith said the addition of the five-time Pro Bowl selection “is a huge win in furthering our mission as a full-service union to our men on and off the field.”

Per the NFLPA release, Lynch will spend his time aiding athletes through events and social media as well as help them with potential business opportunities.

“I’m always tryin’ to make the most outta my time and opportunities. Ya’ feel me? If you make it through pee wee, high school, college and you’re lucky enough to call yourself an NFL player, you’re in a situation to create and take part in (a lot of) opportunities, but you have to understand that you only get a little bit of time in that uni’, so you gotta max it out and put yourself in a position to make plays on and off the turf,” Lynch said in a statement.

“By partnering with the NFLPA and working with De Smith, I can share my path, pass down what I’ve been through and seen, so players can see what’s really out there for them and tap in to all the resources their teams, communities and the PA have available. I wanna put them in positions to be successful in every facet of their lives from building businesses based on their passions to of course takin’ care of their mentals and stackin’ their chicken.”

Lynch, 35, was selected by the Buffalo Bills with the No. 12 overall pick in the 2007 NFL Draft. He played three-plus seasons in Buffalo, then moved on to the Seattle Seahawks and retired after the 2015 season. He came out of retirement in 2017 to play two seasons for the Raiders (2017-18) and three games — one in regular season, two in the playoffs — with the Seahawks (2019).

In his career, Lynch gained 12,627 yards from scrimmage and scored 94 touchdowns.