Washington Commanders rookie quarterback Sam Howell may have done enough in the team’s season finale win to be seen internally as the “likely” starting quarterback next season.

The Commanders’ starting QB spot was a mess in their 2022-2023 campaign. In the offseason, the team made the bold decision of swinging a surprise trade for Colts starter Carson Wentz. After a few solid performances in the first couple of weeks, it became clear Wentz may not be the answer long-term.

However, before they got to see enough to make a definitive decision, he went down with a hand injury that forced him out for nearly two months. During that time, backup Taylor Heinicke got the team back in the playoff race, but some stumbles in December led head coach Ron Rivera to bench him and make Wentz the starter once again. That didn’t work out and the Commanders were eliminated from the chase in Week 17.

With their playoff hopes dashed, the Washington Commanders chose to start rookie QB Sam Howell in their season finale. While his Week 18 numbers don’t jump off the page (169 passing yards, one touchdown), he still led the team to a dominant win over the Dallas Cowboys to close out the season. And it seems that performance may have helped him to enter training camp as the starter.

Sam Howell could compete for Washington Commanders’ starting gig in 2023

On Saturday, CBS Sports NFL insider Jonathan Jones reported that while holding interviews this week for their offensive coordinator opening, the organization is telling prospective candidates that Sam Howell will be their “likely” starter heading into offseason camps.

However, with it not being a guarantee, Fox Sports NFL insider Ralph Vacchiano claimed — based on intel from team sources — that the organization is still likely to take a look at veteran QB options in the offseason. 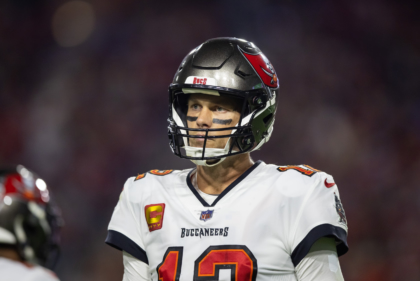 The Washington Commanders are unlikely to go after big names available like Tom Brady, Derek Carr, and Geno Smith. However, players like Sam Darnold, Baker Mayfield, and Jacoby Brissett are possible options.

Taylor Heinickejust finished the final year of his contract, and with Carson Wentz not having guarantees in the final two years of his deal, the team is expected to cut him in the offseason.