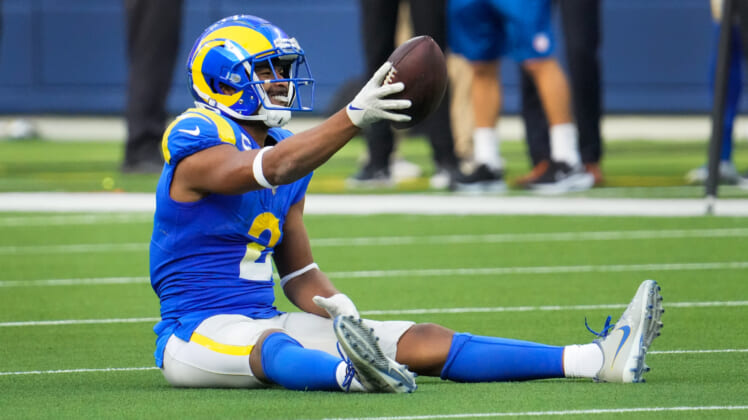 The Los Angeles Rams made a surprising dip into free agency, signing Allen Robinson and making him one of the highest paid wide receivers in the NFL. With Robinson and Cooper Kupp now signed to long-term deals, Robert Woods is generating a lot of trade interest.

Woods, entering his age-30 season, is coming off a torn ACL suffered on Nov. 7. While he proved to be a reliable option in the Rams’ passing attack before going down, there are now questions about his future. With Los Angeles seemingly still interested in re-signing Odell Beckham Jr., the possibility of a Woods trade could be on the table.

According to ESPN’s Adam Schefter, Los Angeles is already receiving calls about the availability of Woods. Around the NFL, he’s now viewed as a prime trade candidate who could be moved with the Rams already investing so much at wide receiver.

Following the Robinson deal, Los Angeles is just $2.8 million under the NFL salary cap, according to OverTheCap.com. With key players they likely want to retain and a need for flexibility throughout the year, it’s possible Woods could be traded. 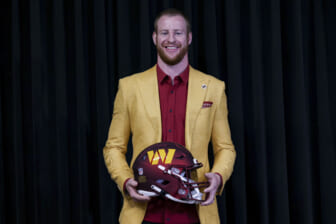 With that in mind, let’s examine the best potential landing spots for Robert Woods.

Green Bay just traded a wide receiver approaching his age-30 instead of paying him. However, Woods is already under contract through the next four seasons and he would provide a dependable target for quarterback Aaron Rodgers. This is also a receiver who is familiar with many of the finer points of the type of offense Matt LaFleur runs in Green Bay.

Matthew Stafford posted a 107.9 quarterback rating when he targeted Woods last season, per Pro Football Focus. A year prior, Jared Goff managed a 100.7 passer rating when he targeted the 6-foot receiver. Woods is also a good blocker for his position, something that Green Bay places an emphasis on. With extra draft capital and cap space, Woods could be an option for Green Bay.

It would be an understatement to say the Chicago Bears offseason is a disappointment. Not hiring an offensive-minded head coach for Justin Fields can be excused if you hire the right guy. Far more concerning is the front office barely moving the needle to build a quality supporting cast around the franchise quarterback. 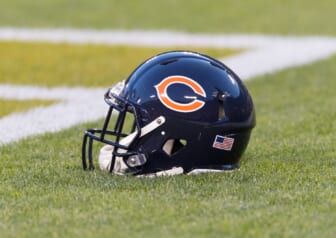 Something needs to change and that could be a trade for Woods. He averaged 1,096 yards per season from 2018-’20, proving himself as a top-20 receiver in the NFL. Woods is a security blanket for a quarterback, creating separation over the middle and making plays. If Chicago is genuinely interested in making life easier for Fields in 2022 and beyond, it will call Los Angeles about Robert Woods.

The New York Jets prioritized the offensive line and tight end in free agency. It’s a bit of an odd decision when factoring in the talent pool of free-agent receivers, but there is some logic behind it. If New York is building its offense with influences from Kyle Shanahan and Sean McVay, tight ends and a stout line is crucial. It’s also why Woods stands out as a fit.

The money he’s owed is perfectly reasonable. As for concerns regarding his recovery from the torn ACL, the expectation remains he’ll be ready by the preseason. Instantly, two causes for concern should be wiped out for the Jets. New York boasts the draft capital to swing a deal and Woods is the do-it-all player this team lacks. After not addressing the position in free agency, a Robert Woods trade would be perfect for New York. 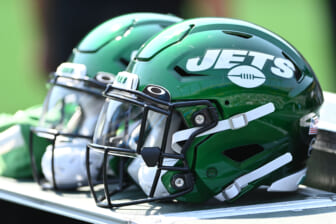