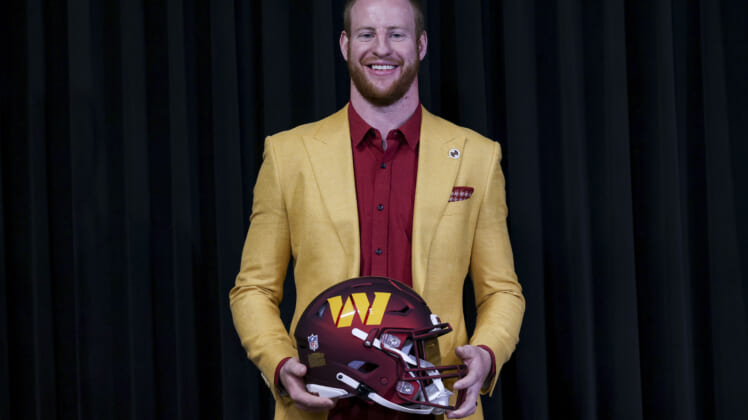 The 2022 NFL offseason is moving quickly as many of the top free agents are signed and the biggest names traded. While there are still plenty of transactions ahead, some of the decisions made in recent days already seem questionable.

Desperation often doesn’t result in good decisions. Whether it’s a team anxious to find its way out of quarterback purgatory or another fearful of the unknown. Both experienced regimes and young front offices make calls that will often backfire.

As we evaluate the deals that have already happened, here’s how we rank the worst NFL offseason moves thus far.

The Pittsburgh Steelers didn’t give Mitchell Trubisky too much money. Initially, speculation suggested the former No. 2 pick would make $10-plus million annually. Instead, he’s signed on for a two-year deal worth $7M AAV. It’s the decision to sign Trubisky that is a problem.

Trubisky ranked 40th among quarterbacks in Expected Points Added per play. For further detail, PFF’s Kevin Cole went over how Trubisky was one of the worst passers outside of performances when his team already trails in the game. Pittsburgh will be in close games this season, trusting Trubisky to step up in clutch situations against good defenses. One year with Brian Daboll simply doesn’t erase years of mediocrity. Pittsburgh should have just signed Teddy Bridgewater or drafted Desmond Ridder.

The Dallas Cowboys will come out of the NFL offseason as one of the biggest losers. Jerry Jones worked tirelessly to keep Randy Gregory around, recognizing how important he is to the pass rush. Instead, some contract dealings irked the talented edge rusher and drove him to Denver.

This came just days after the Cowboys were forced to trade Amari Cooper for Day 3 picks out of cap desperation. Oh, La’el Collins is also likely on the way out. Everything about the Cowboys’ offseason, including Mike McCarthy staying around, can only be described as a disaster.

The Minnesota Vikings received trade inquiries about Kirk Cousins. While covering part of his contract might have cost a few million dollars, it likely meant buying a future first-round pick. The Vikings need to hit the reset button, pursuing the Green Bay Packers in the NFC North isn’t realistic. Instead, Minnesota kicked the can down the road and gave Cousins another contract extension.

All of this just to aim for a .500 record, wasting valuable time in the process. In case you’re wondering if the Vikings felt good about this decision, they announced it moments after Tom Brady made his comeback post.

We get it, no one is supposed to question the moves Bill Belichick makes. It might be time to really start casting doubt on some of his decisions. A year after New England made Jonnu Smith and Hunter Henry two of the highest paid tight ends in the NFL – then used 12 personnel just 14% of the time – he trades one of the best guards in the NFL for a 5th round pick. Making the offensive line worse isn’t exactly a great way to build around a young quarterback, especially when your receiving corps is also bad. At least Belichick did a favor for Tom Brady.

We’re not going to argue that Baker Mayfield should be the Cleveland Browns starting quarterback in 2022. This criticism also isn’t meant to suggest Mayfield, the former No. 1 pick, is in the right with a letter to fans no one wanted. 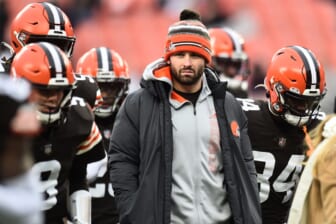 Also Read:
Cleveland Browns, Baker Mayfield at a point of no return

This is about the Browns botching another decision. Cleveland didn’t inform Mayfield that it planned to pursue Deshaun Watson, seemingly convinced everything would work out in their favor. When it backfired, bridges already burned, the Browns suggested they plan to keep Mayfield. It’s too late. Cleveland messed up again and there’s not a ton of reason to believe they’ll make the right quarterback decision next time.

Christian Kirk is an exciting player who broke out in 2021 and seems to be ascending. The slot receiver will make life easier for quarterback Trevor Lawrence, providing him with a great vertical weapon and a YAC threat. With all of the positives out of the way, Jacksonville wasted ample cap space to overpay Kirk.

Even if you only look at the base value of the contract, $18 million per season is far too much to spend. Amari Cooper is a bonafide No. 1 receiver and would have only required Day 3 picks to acquire. If things didn’t work out, he could be cut in 2023. D.J. Chark, who played well as the Jaguars’ No. 1 receiver before getting hurt, only received $10 million on a one-year contract. If Jacksonville wanted to really spend, Allen Robinson would have been a great option. 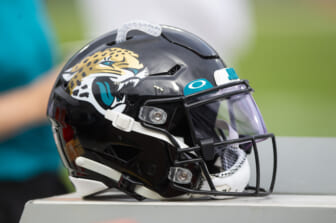 The Jaguars made some acceptable moves this NFL offseason and the team is certainly better than we saw in 2021. With that acknowledged, no one outside of Jacksonville should come away believing the money was spent effectively.

1. Washington Commanders bid against themselves for Carson Wentz trade

The Carson Wentz trade might go down as one of the most dumbfounding in the last five NFL offseasons, arguably worse than the deal last year. Coming off one of the worst seasons by a quarterback in NFL history, Indianapolis traded a first-round pick for Wentz because Frank Reich believed he could “fix” his guy.

One year later, Reich wanted no part of him. The same quarterback who he bonded with years ago in Philadelphia, who everyone believed could get through to Wentz, gave up on him. Indianapolis realized the same conclusion the Eagles reached, Wentz doesn’t respond well to being coached and seemingly doesn’t like being called out for his mistakes.

Despite all of that, the Washington Commanders wanted him. Not only did they want him, but the organization also agreed to absorb his entire contract. By all accounts, no other NFL team had any interest in doing that. Facing no competition, Washington gave the Colts multiple Day 2 picks for a player they wanted out of the building. That perfectly sums up the Commanders’ organization. Congrats to Washington on the worst move of the NFL offseason, the only title coming for several years.