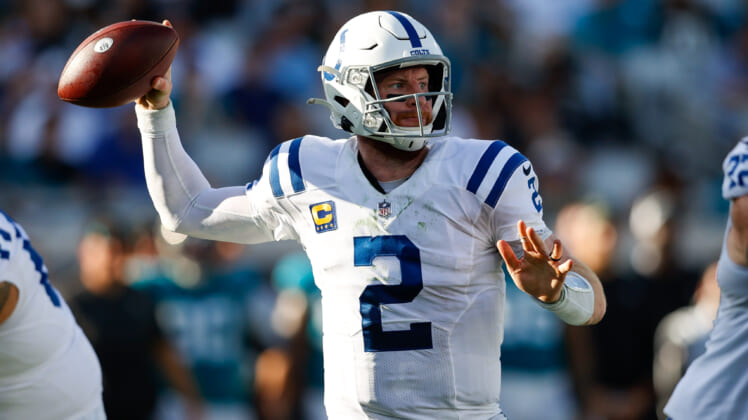 The Washington Commanders shocked the NFL world with the Carson Wentz trade, sending multiple Day 2 picks and absorbing the massive contract of a player Indianapolis no longer wanted. While the Commanders are hoping a change of scenery unlocks the former No. 2 pick, the desperation could have disastrous results.

Indianapolis found very little success shopping Wentz at the NFL Combine, leading many to wonder if it would be stuck with Wentz. Suddenly, the Commanders stepped in, sending the Colts two third-round picks along with a swap of second-round picks in the 2022 NFL Draft.

On the surface, Wentz is the most talented Washington quarterback since Kirk Cousins. He’ll provide head coach Ron Rivera with more stability at the most important position in sports.

However, Washington’s whiffs on top quarterbacks and its desperation to find something better than Taylor Heinicke seemingly led to the franchise looking past alarming red flags that cast doubt on Wentz finding success with the Commanders. 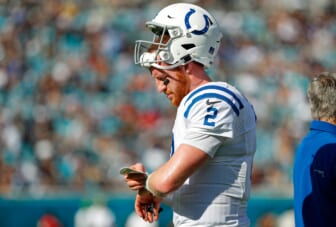 Those who still believe Wentz has the talent to be a top quarterback point to the 2018 season, when he posted a 101.9 quarterback rating with a stellar 33-7 TD-INT ratio and played like an MVP candidate. A torn ACL ended his season, but the Eagles won a Super Bowl thanks to Nick Foles.

Over his next two seasons, Wentz put up strong numbers. However, there seemed to be issues inside the building that built up over time. Inevitably, things reached a point of no return for Philadelphia and its former star quarterback.

As Philadelphia went on its Super Bowl run during the 2017 season, their injured face of the franchise seemed to take issue with the team finding success without him.

“Sometime before the championship game, Wentz voiced his displeasure with the Eagles’ success to a group of other injured players, sources with direct knowledge of the incident said. One of the players immediately confronted him and the two eventually had to be separated.”

During the 2019 season, teammates criticized Wentz privately for being selfish and playing ‘uncompromising’ football that hurt the Eagles’ offense and put his interests ahead of the team. Things got even worse in 2020.

During Wentz’s final year in Philadelphia, following the Jalen Hurts pick, the Eagles’ quarterback reportedly made things worse. He started to ignore coaching more frequently and his poor play led to teammates insisting Doug Pederson benched him. Not only did he struggle with hard coaching and instruction, Wentz reportedly didn’t connect with teammates and often wouldn’t take responsibility for his own mistakes. 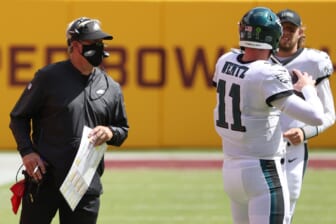 The Eagles fired Pederson, but they also had enough of Wentz and shipped him off to Indianapolis. A reunion with Frank Reich was supposed to fix everything. Instead, the red flags the Colts tried to look past popped up.

The Colts thought reuniting Wentz with Reich would fix things. The two formed a special bond in Philadelphia, connecting during the pre-draft process. It culminated in Wentz’s best years statistically and Indianapolis thought it could recapture that magic, with Reich convinced the upside was worth trading a potential first-round pick.

While Wentz’s refusal to get the COVID-19 vaccination caused some frustration for the Colts, the franchise got through it. Heading into January with a 9-6 record, the Colts were in a perfect position to earn a playoff spot. All they needed from Wentz was one win against the Arizona Cardinals or Jacksonville Jaguars.

Instead, the Colts’ offense generated just 31 total points in the final two games and Wentz completed just 58.9% of his passes with an 80.4 QB rating. The loss to Jacksonville publicly signaled the end of his time with the Colts, but the decision reportedly might have come before that.

According to Zak Keefer of The Athletic, the Colts “were finished” with Wentz before the regular season ended. Unsurprisingly, all because of the same problems Philadelphia experienced.

“Some grew frustrated at what they deemed a lack of leadership, a resistance to hard coaching and a reckless style of play, which had a role in several close losses this year.”

The coach who believed in Wentz the most and had invested the most in him personally bailed a year after trading a first-round pick for him. A lingering hope that the veteran quarterback would mature disappeared within months.

Considering everything that transpired in Philadelphia and Indianapolis, it’s hard to fathom a scenario where things work out differently for the Washington Commanders.