Baker Mayfield hints at goodbye in letter to Cleveland 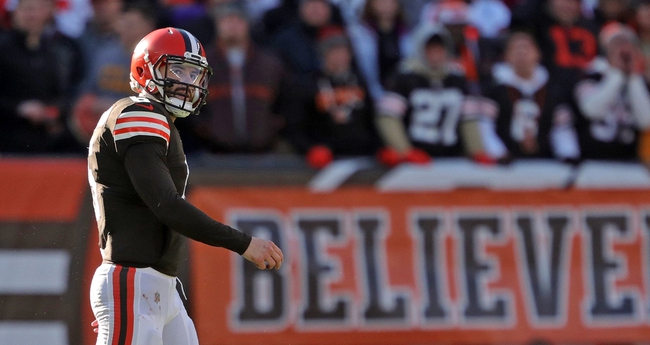 Baker Mayfield ended his social-media silence Tuesday night to write an open letter to Cleveland Browns fans with language that sounded much like a goodbye note.

The letter came on the same day that Browns executives flew to Houston to meet with quarterback Deshaun Watson in hopes of luring him to Cleveland.

Mayfield, 26, has spent four seasons with the Browns since being selected No. 1 overall in 2018 out of Oklahoma. He prefaced his note by saying, “With many uncertainties, here is where my head and heart is.”

He attached the following letter:

“The past 4 years have been nothing short of truly life changing since I heard my name called in the draft to go to Cleveland. This is not a message with hidden meaning. This is strictly to thank the city of Cleveland for embracing my family and me. We have made many memories and shared growing in this process through all the ups and downs. I have no clue what happens next, which is the meaning behind the silence I have had during the duration of this process. I can only control what I can, which is trusting in God’s plan throughout this process.

“I have given this franchise everything I have. That is something I’ve always done at every stage, and at every level. And that will not change wherever I take my next snap. Whatever happens… I just want to say thank you to the fans who truly embraced who I am and the mentality that aligned so well with this city’s hard working people. Cleveland will always be a part of Emily and my story. And we will always be thankful for the impact it has had and will have in our lives.

With many uncertainties, here is where my head and heart is. pic.twitter.com/psipN96cmh

If Mayfield is traded, he reportedly would prefer to go to the Indianapolis Colts. He has posted a 29-30 record in four seasons with the Browns, during which he has passed for 14,125 yards, 92 touchdowns and 56 interceptions. He also has rushed for 571 yards and five touchdowns.

Watson is not guaranteed to land with the Browns. Other teams such as the New Orleans Saints are considered to have a strong chance to acquire him.

However, according to Cleveland.com, the Browns could look to trade Mayfield either way “because of the awkward nature of returning to a team that tried to replace him.”