There is definitely not a perfect job available. Each of the NFL head coach openings comes with flaws, ranging from concerns at the ownership level to problems with the roster. However, there are only 32 NFL head coaches and that means there will be plenty of suitors interested in each vacancy.

As recent history demonstrates, a head coach making it through NFL Black Monday doesn’t mean they are safe. Some teams take days to evaluate their situation before making a decision and there are instances of a coach being fired weeks into the offseason. For now, we’ll focus on the NFL coaching vacancies that are currently available and those where change is possible.

Let’s dive into our evaluations of the best NFL head coach openings, examining all four teams with NFL coaching vacancies and even looking t a few potential spots that could open up.

It’s easy to understand why others will have the Denver Broncos lower in ranking the NFL head coach openings. Russell Wilson showed undeniable signs of regression due to aging and injuries over the past 18 months. The reports of friction between one of the highest-paid quarterbacks in the NFL and the rest of the Broncos’ locker room is also a concern.

There are still a lot of positives with this job. For one thing, new ownership is willing to spend whatever it takes to build this team into a winner. When you have that level of commitment from the top, it’s a good sign for a head coach who wants to be in an environment that prioritizes winning over revenue.

There is also plenty of talent to work with on both sides of the ball. Javonte Williams and Tim Patrick will return in 2023, providing the next coach with two important weapons for this offense. If the right play-caller is brought in and Denver enhances its offensive line, Wilson and the offense will experience positive regression next year. Defensively, the Broncos have more than enough to be a top-10 defense in 2023. Wilson seems genuine about correcting his own issues and that makes this a desirable gig. 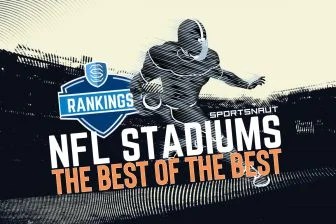 Factoring in the present talent on the roster, a new ownership group that seems willing to invest its money and then take a hands-off approach, Denver’s vacancy is becoming increasingly attractive. If the right answers are given when coaching candidates ask Wilson what went wrong, this might even be the best open job in 2023.

Ownership plays a role in every evaluation for NFL coaching vacancies. If you take that out of the equation, there’s an argument to push the Indianapolis Colts ahead of Denver. Although, the presence of Jim Irsay isn’t the only thing working against this franchise.

As of now, general manager Chris Ballard might be part of the problem. He is poised to return in 2023, but it’s clear he is on the hot seat. Considering some of the team’s whiffs in recent draft classes and its misses at quarterback have exposed holes on the roster. A general manager being in limbo is a red flag, as is a roster with stars (Jonathan Taylor, Shaquille Leonard) that have durability concerns. 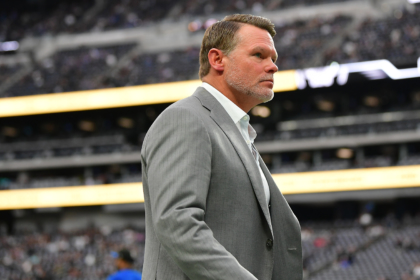 Our biggest concern is Iray. He meddled in the quarterback situation, urging Frank Reich to bench Matt Ryan in favor of Sam Ehlinger. After Reich was fired, Irsay hired Jeff Saturday as interim coach against the strong objection of team executives. Saturday was thrown into a job he had no business getting and his lack of experience has shown every week. Yet, Irsay’s loyalty to his friends and his emotional thinking may lead to Saturday having the interim tag removed.

Irsay damaged his reputation this season and provided credibility to concerns about his involvement In football decisions. Ultimately, that pushes Indianapolis down when comparing NFL head coach openings.

We’ll start with the factors that hurt the Houston Texans. First, firing Lovie Smith would signal alarming instability by a franchise that fired it’s head coaches after one season in consecutive years. On top of that, owner Cal McNair isn’t held in high regard outside of his peers and the Texans’ roster offers very few pieces anyone would feel great about building around.

As more information comes out, this becomes one of the worst NFL coaching vacancies in 2023. Smith and David Culley were provided assurances when they took over the job that it would be a multi-year effort. In reality, it seems general manager Nick Caserio used Culley and Smith as bridge coaches when so many other targets turned the team down. This is the worst organization in the NFL with McNair the proverbial anchor that weighs this job down. 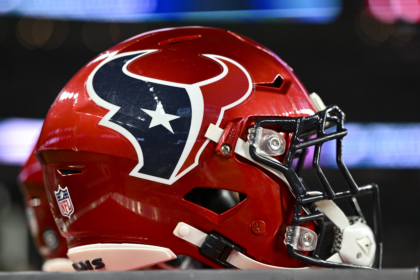 It also doesn’t help that Houston costs itself the No. 1 pick, missing an opportunity to draft Bryce Young without needing to overpay to acquire him. Caserio is on thin ice as general manager and his history of free-agent signings and draft picks aren’t strong enough to suggest the next Texans’ coach will have a good team to work with. As this franchise has already shown, it blames losing records with a bad roster on the head coach and not the GM who put the team together.

After pointing to red flags with each of the NFL coaching vacancies, the Arizona Cardinals represent a combo platter for everything. Quite frankly, one of our big concerns related to Arizona might be the only reason Kliff Kingsbury even has a shot to stick around.

Cardinals owner Michael Bidwill is recognized as being one of the most cash-strapped owners in the NFL. It’s why so many were stunned in 2022 when he signed Kingsbury, general manager Steve Keim and quarterback Kyler Murray to contract extensions. A year later, it’s going to cost him to make the changes that are desperately needed.

Firing Kingsbury and parting ways with general manager Steve Keim means Bidwill is paying two coaching staffs and multiple executives. Pair that with his investment into Murray and that creates a situation where a head coach might not receive the financial commitment required to hire the coordinators and position coaches he wants and it might also influence how much Arizona is willing to spend in free agency.

Speaking of the roster, there are a lot of problems. Arizona finished in the bottom 10 for Football Outsiders’ Offensive and Defensive DVOA. It will lose J.J. Watt to retirement and cornerback Byron Murphy is among several key impending free agents. Things could get even worse if DeAndre Hopkins asks for a trade, wanting to get off the sinking ship. Finally, there is Murray. It’s great to have a young quarterback with elite athleticism that an offense can be built around. However, there are no guarantees he is the same athlete after an ACL tear. Even if he is, the criticism from former teammates and even team executives directed at Murray’s work ethic and maturity is alarming. It makes this one of the riskiest NFL coaching vacancies in 2023, with a predictable scenario where the new head coach is out by 2025.