The Indianapolis Colts coaching search will provide the team with an opportunity for a fresh start at head coach in a year with top NFL coaching candidates. As owner Jim Irsay evaluates his options, general manager Chris Ballard could also be on his way out.

Irsay made it clear in late October that he gave no thought to the possibility of firing Ballard or head coach Frank Reich. A few days later, Reich was dismissed. The Colts’ owner came out immediately after and said Ballard would return in 2023, but Zak Keefer of The Athletic wrote on Dec. 19 that there is at least a question about whether or not that will be the case.

Hired as the Colts’ general manager in 2017, Ballard won the PFWA Executive of the Year award in 2018. However, the revolving door at quarterback and worsening issues on both sides of the ball are a direct result of Ballard’s roster construction and cap management.

Keeping that in mind as Indianapolis heads into the offseason, here are four Colts’ general manager candidates who could be targets in 2023.

Relationships matter in the hiring process . It’s why Irsay named Jeff Saturday as interim head coach despite the former center lacking any coaching experience outside of high school. Connections have a significant impact on who gets hired as a general manager and it might play a substantial role in who could replace Ballard.

While fans might not love the idea of promoting someone from within the Colts’ front office, this wouldn’t be an instance of an underqualified candidate moving up the ladder. Ed Dodds has turned down multiple other NFL jobs and receives interview requests for general-manager vacancies every year.

He loves Indianapolis and it stands to reason he would welcome an opportunity to become the Colts’ top decision-maker moving forward. Indianapolis Colts chief personnel executive Morocco Brown would be another strong candidate for the same reasons.

Jeff Ireland is well-known for a variety of reasons. The former Miami Dolphins general manager (2008-’13) once asked Dez Bryant during a pre-draft interview if his mother was a prostitute and he suggested in 2013 that offensive lineman Jonathan Martin should punch teammate Richie Incognito in response to being bullied. After leaving Miami in January 2014, he joined the Seattle Seahawks as a consultant before taking over the New Orleans Saints’ scouting department in 2015. 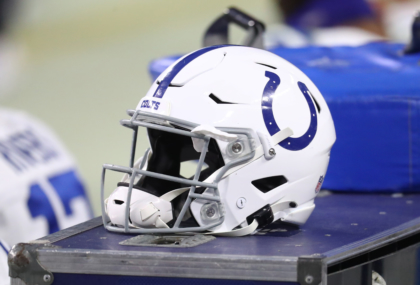 The Colts desperately need their roster to be overhauled, especially with someone who could find starters on Day 2 and Day 3 of the NFL Draft. Ireland is one of the best talent evaluators in the NFL and he could be the right hire to help this team find its franchise quarterback and rebuild the offensive line.

If the Colts are going to make a run at Jim Harbaugh for head coach, it makes sense to find him a general manager who he could trust. Joe Hortiz has spent more than two decades in the Ravens’ front office and currently serves as the right-hand man to general manager Eric DeCosta. As for the Harbaugh connection and the importance of relationships, Hortiz has worked with head coach John Harbaugh since 2008 and a vote of trust would go a long way for his brother.

Hortiz has scouted players across the country, with his focus on the NFL Draft. He is one of the most important analysts in the front office for an organization that has one of the best records in drafting and developing talent. After being interviewed multiple times for vacancies, he could be a strong target for Indianapolis if Ballard is fired and Irsay finds a way to land Jim Harbaugh.

Suggesting Louis Riddick as a quality option for the Colts has nothing to do with Irsay’s stunning decision to hire an ESPN analyst as his coach. However, he has a close relationship with Saturday and the two have discussed the Colts’ long-term outlook multiple times. While Saturday won’t return as head coach in 2023, he is still someone Irsay trusts and a strong recommendation for Riddick would go a long way as candidates are evaluated.

Related: Jeff Saturday expected to walk away as Indianapolis Colts coach in 2023

A resume that brings years of experience in scouting, handling an NFL roster and working in the media are all attractive qualities for a potential general manager. Riddick has interviewed with the Detroit Lions, Pittsburgh Steelers and Houston Texans in the past two years. If the Colts’ job opens up, it would be a surprise if Irsay doesn’t bring him in for an interview.