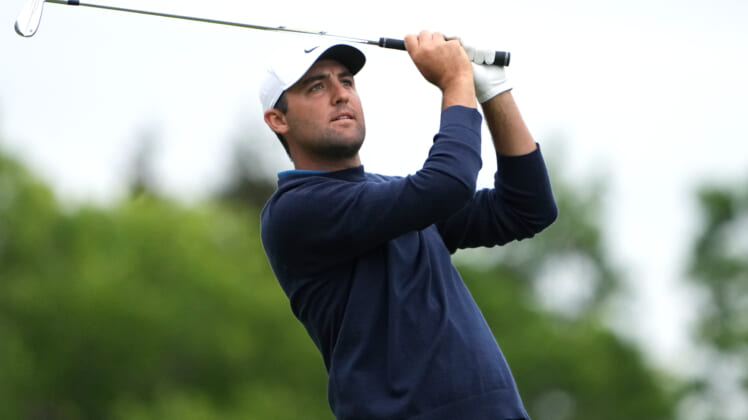 We are a couple of months away from the PGA Tour Championship taking place at Eastlake in Atlanta.

Thus far, we have seen three major tournaments in the books and several top golfers have now left the PGA Tour for the Saudi Arabia-backed LIV Golf series.

In addition, we have seen the return of 15-time major champion Tiger Woods back on the course at Augusta National in April, about a year after a single-car accident injured his leg.

Needless to say, it’s been an eventful PGA Tour season already. Here’s our top 10 list of best golfers in 2022.

Fitzpatrick had a runner-up finish at the Wells Fargo Championship last month, followed by two, tied for fifth finishes, including at the PGA Championship.

The 27-year-old, who became the second Englishman to win the U.S. Open in the last 50 years, also tied for sixth at the AT&T Pebble Beach Pro-Am and finished ninth at the Arnold Palmer Invitational.

A primary reason for Fitzpatrick’s success this season is that he ranks second on the PGA Tour in scoring, with an average of 69.056 per round.

Patrick Cantlay has one win this season, coming in April at the Zurich Classic. In addition to his victory, Cantlay also has two second-place finishes at the WM Phoenix Open and RBC Heritage, where he lost in a playoff.

Despite missing the cut at the PGA Championship and THE PLAYERS Championship, two difficult tournaments, Cantlay has a total of seven top-10s this season.

Cantlay also tied for third at the Memorial tournament earlier this month and finished ninth at the American Express back in January.

He ranks 12th on tour in scoring average, but a large part to that is his 1.413 overall putting average, which ranks third.

Justin Thomas has a single victory this year, which came at the second major tournament of the season: the PGA Championship. Thomas also has recorded nine top-10s, tied for the most this season.

Thomas, who is one of few to make cuts at all three majors, tied for eighth at the Masters Tournament and had a difficult U.S. Open, finishing T37. 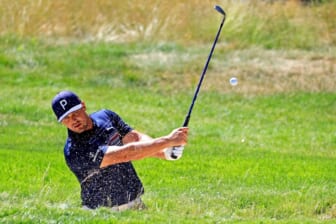 Will Zalatoris has knocked on the door and continued to knock on the door this season for wins both on the PGA Tour schedule and in majors.

After getting cut at the World Wide Technology Championship at Mayakoba back in November, Zalatoris flipped a switch as he has only missed two cuts since and has nine top-10 finishes in his last 14 starts.

The biggest key to Zalatrois’ accomplishments this season is his .974 strokes gained: approach the green, which leads all players.

Max Homa, who is one of six golfers this season with multiple wins, also has four top-10 finishes.

So far, Homa’s victories have come at the Wells Fargo Championship last month and the Fortinet Championship to kick off the PGA Tour season in September.

Homa also falls in the category of making the cut in all three majors this season, highlighted by a tied for 13th finish at the PGA Championship at Southern Hills Country Club.

The Burbank, Calif. native currently has a streak of making 12 consecutive cuts, which ranks second.

From Homa’s spot to the top overall spot, all of these players have won at least two times this season, including Hideki Matsuyama.

Matsuyama won in his home country at the ZOZO CHAMPIONSHIP in Japan by five strokes. He also won the Sony Open in Hawaii, which came in playoff fashion.

In addition to Matsuyama’s two wins, he also has a third-place finish and six top-10 finishes this season.

He kicked off his year with a sixth-place finish at the Fortinet Championship. Matsuyama tied for eighth at the WM Phoenix Open in February, tied for third at the AT&T Byron Nelson last month and climbed his way up to fourth place at the U.S. Open with a final-round 5-under 65.

Like Matsuyama and Homa, Cameron Smith also has two PGA Tour victories this year. Smith’s first win of the season came at the Sentry Tournament of Champions in Hawaii to kick off the 2022 calendar year followed by a win at TPC Sawgrass for THE PLAYERS Championship.

Smith’s win in Hawaii came with a score of -34 was historic because it became the most under par for a four-round PGA Tour event.

Smith currently leads the PGA Tour with a 4.80 birdie average and fifth with a 69.352 scoring average.

Rory McIlroy has wins at the CJ CUP in Las Vegas last October and a victory at the RBC Canadian Open earlier this month. All four rounds in each of his victories came with shooting in the 60s, highlighted a 62 in the third round in Las Vegas and a 62 in the final round in Canada.

Related: Players with the most PGA Tour wins of all time 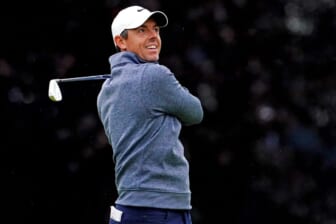 Sam Burns, who has emerged up the Official World Golf Rankings at No. 9 this week, has three victories under his belt this season.

Burns won his first tournament of the season at the Sanderson Farms Championship in October. The second for Burns came in March at the Valspar Championship where he shot -17. The third victory came at the Charles Schwab Challenge to conclude the month of May.

With eight top-10s this season, in addition to his three wins, it has helped him garner the second spot in the FedEx Cup standings with a couple of months to go before the FedEx Cup Playoffs in August.

The top spot belongs to Scottie Scheffler whose four wins came in a six-start span. The trail of victories began in February with his first PGA Tour win at the WM Phoenix open after winning in a playoff. After a tie for seventh at The Genesis Invitational, Scheffler won at the Arnold Palmer Invitational.

Despite a bad showing at THE PLAYERS, Scheffler came back strong, winning the World Golf Championships-Dell Technologies Match Play event. He would also go on to win his next tournament to claim his first major win and his first green jacket at the Masters.

Scheffler also has three second-place finishes this year, including falling just short at the U.S. Open and the Charles Schwab Challenge.

His wins, along with nine top-10 finishes help him hold the top spot in the FedEx Cup Standings with a lead surpassing 1,200 points, just couple of months away from having the top spot and an advantage at Eastlake.