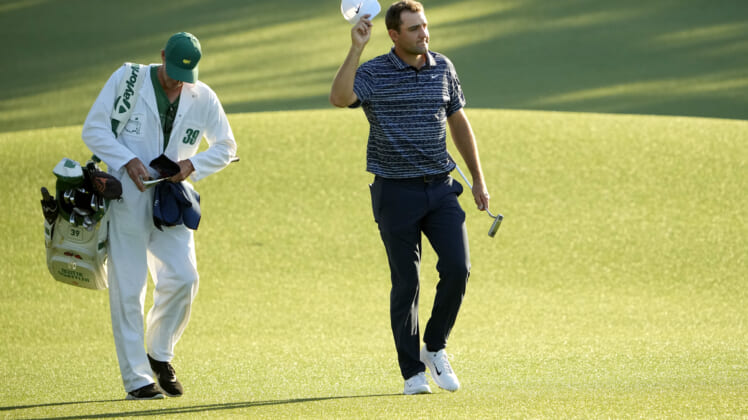 As the final group of the 86th Masters came to the 18th green at Augusta National Golf Course in Georgia, Scottie Scheffler inched closer and closer to his first Masters and first green jacket.

Entering the day at 8-under, Scheffler, who is the World’s No. 1 golfer, continued his dominance by winning his fourth event in his past six starts.

Even after putting up a double bogey on 18, Scottie Scheffler won by four strokes over Rory McIlroy, who shot a final round 8-under 64.

His first birdie on hole No. 3 came on a chip-in from off the green. Scheffler chipped his shot into the hill for a bump-and-run and rolled right into the cup.

Then, Scottie Scheffler made back-to-back birdies on 14 and 15 past Amen Corner. On the par-4 14th, Scheffler got his approach shot to within five feet for his third birdie of the afternoon.

On the following hole, the University of Texas Longhorns star got over the water in two shots. He chipped his ball from behind the green and one-putted to get to -12.

It was a dominating overall performance for Scheffler during a week that was defined by Tiger Woods’ presence.