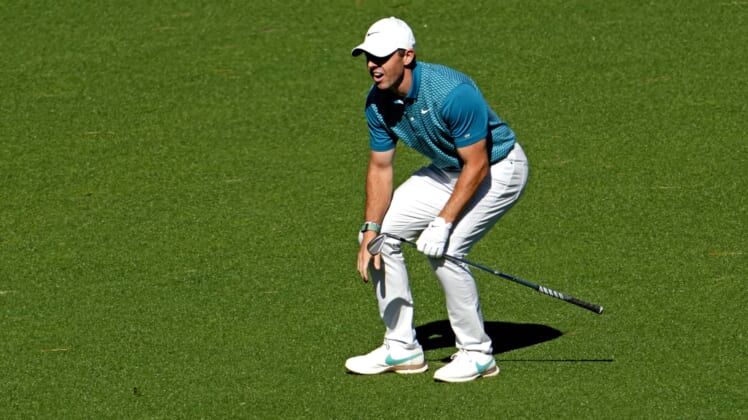 Rory McIlroy wasn’t necessarily in the headlines heading into the 2022 Masters.

Rather, that went to a streaking Scottie Scheffler as well as a five-time Masters champion in Tiger Woods who was making a major comeback after suffering a serious injury in an automobile accident back in February of 2021.

After three pretty unassuming rounds, this four-time major champion turned the clock back big time in Augusta on Sunday.

At one point late in his round, Rory McIlroy found himself in second place behind Scheffler. He had even overtaken Cameron Smith in that spot after a triple bogey from Smith on 12.

While it likely won’t be enough, Rory McIlroy dazzled the gallery in Georgia on Sunday — shooting an eight-under-par 64 to put his name near the top of the leaderboard. This included an awe-inspiring Eagle on the par five 13.

It’s amazing what a couple days does. Remember, it was back on Friday that those who took part in the Masters dealt with some major weather conditions. This led to McIlroy shooting one over par for the second consecutive day to open the tourney.

After being minus-one on Saturday, no one really thought that McIlroy would even come close to the leaderboard. That’s especially true with the way Scheffler and Smith were playing.

Boy, did he prove us wrong on a stage that had in the past seen McIlroy melt down in an epic fashion.