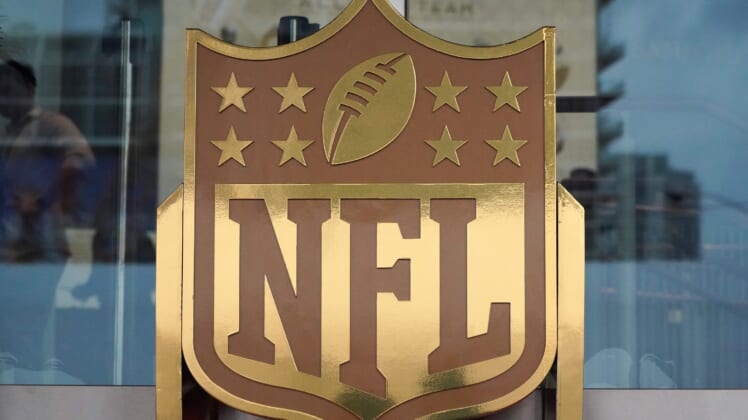 NFL rumors: Coming into the 2020 season, the NFL was bracing itself to lose billions of dollars in revenue due to the COVID-19 pandemic. With television ratings sliding and teams playing in empty stadiums, everything was headed in the wrong direction for the league financially.

Fortunately, even in a year with a fraction of its typical stadium revenue coming in, the NFL has found a source of income that could be huge for the 2021 season. In fact, thanks to television networks, record-setting money could be headed to professional football.

Once the NFL and NFL Players Association agreed on a new collective-bargaining agreement, the league immediately shifted its focus to the next round of negotiations. Specifically, hammering out new contracts to sell the broadcasting rights for NFL games in future seasons.

The work began this offseason, with the NFL agreeing to deals with Amazon, CBS and NBC. With the expansion of the NFL Playoffs, featuring an added wild card game, the league sold the broadcasting rights to NBC and CBS. It also renewed its contract with Amazon for streaming rights to Thursday Night Football.

Since those deals were reached, attention has turned towards even more lucrative contracts. With ESPN and NBC in a bidding war for Sunday Night Football and FOX willing to pay $2-plus billion for its own game package, things were already looking great for the league’s bottom line.

According to the New York Post’s Andrew Marchand, the NFL’s new TV rights contracts could be for around 10 years and in excess of $100 million over the life of the contracts. While negotiations are still ongoing, things could be ironed out early in 2021.

The bidding war between NBC and ESPN/ABC will reportedly see NBC still host Sunday Night Football moving forward. While NBC’s existing contract with the NFL isn’t scheduled to expire until 2022, both the league and network wanted to get things ironed out quickly. Because the agreement will reportedly cover the life of the CBA, fans will likely see Drew Brees transition from playing on SNF to serving as the top analyst for the game.

While ESPN/ABC will lose out on a more prominent broadcast, it will still come out of these negotiations as a huge winner. After pushing the NFL to join the rotation for broadcasting a Super Bowl, the network will reportedly air two future Super Bowls within the next 10 years. Each network (NBC, ESPN, CBS, FOX) will broadcast two Super Bowls, per Marchand, with the remaining two potentially put up for bids among the networks.

FOX and CBS are expected to retain the rights to the NFL’s Sunday afternoon games. However, a change could come to Thursday Night Football. Major networks were reportedly losing interest in the TNF package, due to the lack of exclusivity. As a result, TNF could be streamed exclusively on Amazon Prime and Twitch in future NFL seasons.

Even in a year where networks have seen ratings dip, with some even needing to give money back to advertisers, they are still ready to write blank checks to the NFL.

Once the new contracts are signed, NFL owners will likely start feeling a lot better about spending money on their respective teams. As a result, after months of fears that the 2021 NFL salary cap could nosedive, it could now be higher than expected.

If that’s the case, teams bracing to trim payroll might have to avoid cutting key starters in the offseason. That would be fantastic news for veterans and would help open up NFL free agency.

Related: NFL stars who could be cap casualties this offseason