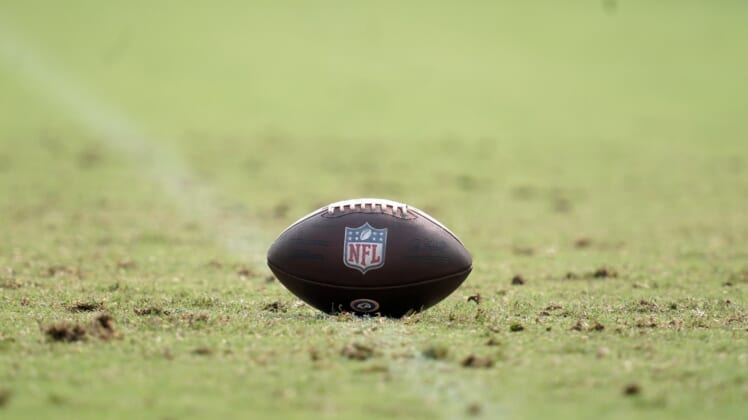 As the NFL closed the books on its 2020 season, one that resulted in losing billions of dollars in stadium revenue, the league is focused on the future. Specifically, television contracts that will ensure this year’s financial hit is a bump in the road on the way to record-setting revenue in future seasons.

The COVID-19 pandemic took a financial toll on the entire league. Television ratings took a massive hit, many games were played in empty stadiums and the entire football world suffered from the economic blow. As the NFL moves forward with ongoing discussions to determine the 2021 salary cap, the league will be dependent on money that awaits in future years. Fortunately, for all those involved, that relief might be right around the corner.

When the league certified its new collective-bargaining agreement this offseason, ensuring labor peace for the next decade, focus shifted towards negotiating television contracts. While many of the contracts with networks for broadcasting rights to games don’t expire until 2022, the league was determined to reach agreements with its providers.

According to NBC Sports’ Peter King, the league is expected to sign new 10-year contracts with its network partners within a month. As a result, NBC, CBS, FOX and Disney will all be partnered with the NFL through 2030.

When the contracts are finalized, the league could receive more than $100 billion over the life of the deals. Even after a season that saw a steep drop in viewership, networks are reportedly prepared to pay an aggregated increase of 70-100% from their current contracts.

FOX agreed to pay the league$660 million annually, beginning in 2018, for five years of shared broadcasting rights to Thursday Night Football. While the network is expected to bail on TNF this time around, it was willing to offer $2-plus billion in recent negotiations with the league to keep its Sunday slate of games. It’s a steep increase from the reported $1.5 billion it paid previously for the same slate.

NBC and ESPN engaged in a bidding war for the rights to Sunday Night Football. With Drew Brees expected to be groomed as the future analyst for the broadcast, NBC will retain the Sunday night package and the cost will greatly exceed the current $1.1 million annual price tag.

While ESPN loses out on the SNF slate, it will reportedly receive plenty in the next contract. After paying the NFL $2 billion annually for Monday Night Football broadcasting rights, the network will benefit from the new deal. There could reportedly be ESPN/ABC simulcasts and the NFL might finally grant flex scheduling for the network. As a result, ESPN could land more prominent games for its top broadcast after years of rather underwhelming matchups. Under the new deal, which will likely exceed $2 billion per year, ABC or ESPN will get to broadcast two future Super Bowls and Disney might land Sunday Ticket.

The television revenue is also increasing for the NFL because of expansion. After increasing the playoffs to 14 teams this season, the league sold the rights to NBC and CBS. Likewise, with a 17-game schedule anticipated for the 2021 season, the distribution rights for those games will also net a fortune.

Once the deal is finalized, it will be just a matter of time before the 2021 salary cap is set. Securing the long-term financial security will help the NFL lessen the severity of the cap hit this season, allowing teams to spend more than they anticipated this offseason.