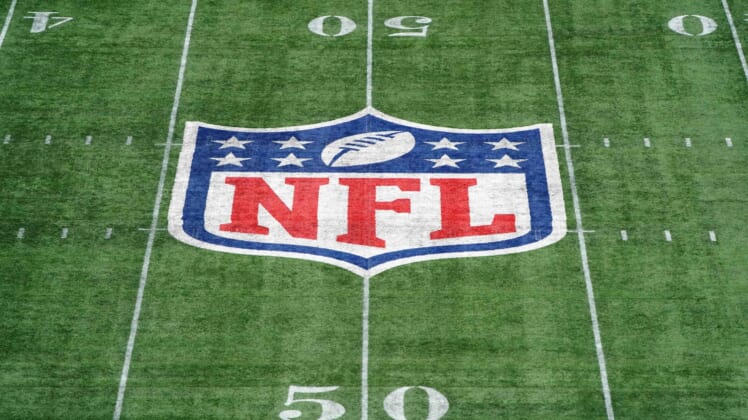 The NFL is coming off a 2020 season that saw the league lose billions of dollars in stadium revenue and suffered a steep drop in TV ratings. But while the 2021 NFL salary cap is expected to drop for the first time in more than a decade, record-setting revenue could soon be making its way to the NFL.

Once the league and NFLPA agreed on a new collective-bargaining agreement, ensuring labor peace for the next decade, the focus shifted towards negotiating deals for the broadcasting rights to games. As NFL fans watched games throughout the regular season and playoffs, the NFL was in contract talks with the likes of NBC, CBS, FOX and Disney (ABC/ESPN) to create partnerships for future games.

Now, at a time when there is still uncertainty around the specific 2021 NFL salary cap figure, the league could be one step closer to a resolution with negotiations reportedly in the final stages.

According to CNBC’s Jabari Young, the NFL is seeking to finalize the frameworks of new television rights agreements with major networks over the next few weeks. If the financial terms can be finalized, it would allow the league to gain a clearer financial projection for future seasons and could then set the 2021 salary-cap figure.

Negotiations have been ongoing for months, even amid every network seeing a significant dip in viewership during the COVID-19 pandemic. Despite losing a chunk of their audience, the likes of NBC, Fox and ViacomCBS have sought to extend their partnerships with the NFL.

A majority of the deals for broadcasting rights to NFL games don’t expire until 2022. However, network executives are determined to maintain their ties to the most-watched sport in the United States, given pro football still dominates every night a game is broadcast.

While specifics of each network’s contract aren’t finalized, the total revenue generated from selling the TV rights could total more than $100 billion over the life of the contracts.

Sunday Night Football, the most popular broadcast on the primetime games, was being bid on by NBC and ESPN. NBC is expected to retain the rights to its weekly primetime game, with Cris Collinsworth and Al Michaels returning to the SNF booth. However, it might not be long before Drew Brees takes over.

ESPN is expected to retain its Monday Night Football broadcast under a new contract, which could extend for the life of the CBA. Disney, which owns ABC and ESPN, also has pushed to land the broadcasting rights to a future Super Bowl. Once the contract is finalized, ESPN is expected to receive the television rights for two future Super Bowl games within the next 10 years.

FOX and CBS are expected to retain the rights to the Sunday afternoon games. With the NFL expected to expand to a 17-game schedule next season, there will be more revenue available for the NFL and additional broadcasts for FOX and CBS.

Thursday Night Football could be one of the last hurdles before contracts are finalized. FOX holds the broadcasting rights until 2023, but networks are less interested in the TNF package. The NFL recently signed a new contract with Amazon, securing the company’s rights to stream games for years to come. Lacking exclusive TNF broadcasting rights, there has reportedly been limited interest in the package.

Once that matter is resolved, with ESPN a possibility to take over TNF, the new contracts could be finalized.

The future of Sunday Ticket

Sunday Ticket has been a go-to sports package for football fans in recent years, offering the ability to watch any out-of-market game live. It has been owned exclusively by AT&T, operated under DirecTV, at the cost of $1.5 billion per year. With the contract set to expire after the 2022 season, Sunday Ticket has also been discussed heavily in negotiations.

Within the past year, Apple and Disney have been connected to the exclusive rights package. With the creation of ESPN+, Disney could see the appeal of signing a huge contract with the league. If it expanded its coverage, it could potentially acquire Sunday Ticket for ESPN+, the broadcasting rights for two future Super Bowls and more games could appear on ABC.

It would be an opportunity for Disney to further expand its reach into sports, at a time when ESPN has lost some of its power. If the effort is successful, perhaps ESPN will have a better shot at convincing Peyton Manning to finally join the broadcast booth.