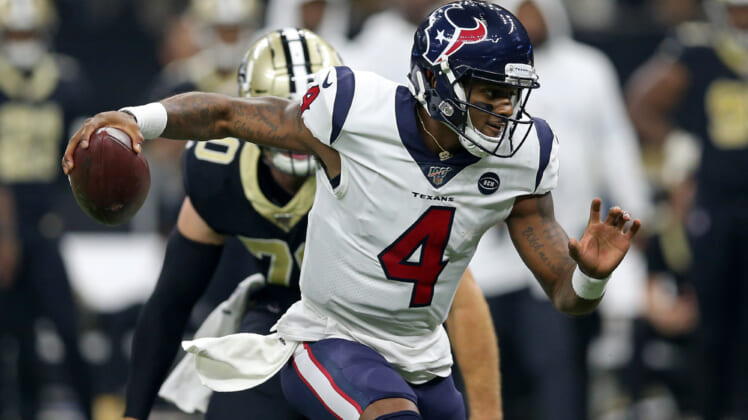 The New Orleans Saints are doing all they can to land Deshaun Watson, and have reportedly met with the three-time Pro Bowler a second time this week.

The Watson sweepstakes have been one of the biggest stories in the NFL this week. As of Wednesday, the Saints, Carolina Panthers, Cleveland Browns, and Atlanta Falcons are reportedly the only teams in the running for the 26-year-olds services. Each team has met with the quarterback and has different chips to offer up in a possible trade.

The Saints and Panthers have been in on Watson since his trade market reopened last week and were the first teams given permission to try and woo the Houston Texans QB to their franchises. Well, a new report claims that the Saints may have moved to the front of the race, and have met with Watson a second time.

On Thursday, NewOrleans.Football contributor Nick Underhill tweeted the latest news from his sources on the ongoing talks. “The Saints brass met with Deshaun Watson a second time last night, according to sources,” Underhill wrote.

This is certainly an interesting development. It doesn’t necessarily mean a deal to bring Watson to Louisiana is close. The team could very well be concerned that they are falling out of the running. However, based on some other news that came out today, they very well could be closing in on their target.

On Thursday morning, ESPN NFL insider Field Yates reported some major news when it comes to the Saints’ current cap situation. Watson is set to earn $39 million in 2022. It’s the fifth-highest salary among QBs this upcoming season. Yet, despite being tens of millions over the cap just a couple of weeks ago, the team has made some major moves to reshape their cap and have cleared a massive amount in the chance that they do land Watson. 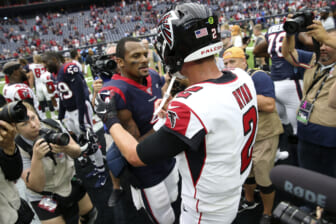 Similar to what the Denver Broncos sent in their trade with the Seattle Seahawks for franchise QB Russell Wilson, the Saints will likely have to send some players along with the minimum expectation of three first-round draft picks. Players, combined with this new cap space, now give New Orleans a major leg up in the chase for Watson.