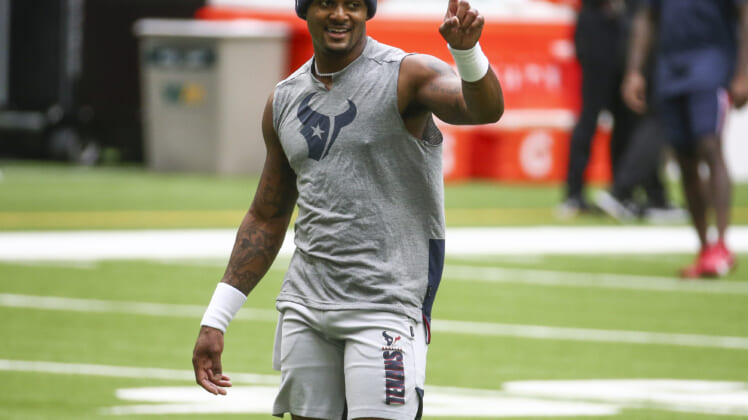 It looks like any team that is hoping to land Deshaun Watson in a trade will need to forego several years of top draft picks to get the talented and embattled star quarterback.

With the start of the 2022 NFL year in high gear, franchises are in the midst of remodeling their rosters. Players have been cut, contracts restructured, and free agents added in the hopes of addressing major holes from 2021.

Another outlet for roster change is of course trades. And there is no bigger player left on the market than three-time Pro Bowler Watson. Now that possible criminal charges against him won’t be pursued, several teams are on the hunt for the gifted 26-year-old’s services.

Since Watson has a no-trade clause in his current deal with the Houston Texans, the man with a plethora of sexual assault allegations on the record has only allowed a select group of teams to talk to him and entice him to become the new face of their franchise.

Both the Carolina Panthers and New Orleans Saints have spoken to Watson thus far, and each have reportedly made trade offers to the Texans. In a surprise to no one, the asking price for the Pro Bowler is quite steep.

“The New Orleans Saints, the Carolina Panthers, both of those teams have permission to talk to him. Both of those teams had substantial trade offers in for Watson with the Houston Texans,” NFL Network Insider Ian Rapoport reported on Tuesday. “The belief was that General Manager Nick Caserio wanted three first rounders and more. Both of those offers meet the threshold.”

Comparing the trade to Russell Wilson to Denver

The Texans are expecting quite a haul for their superstar-level QB. He isn’t the first franchise quarterback traded this offseason. Two weeks ago, Super Bowl-winning QB Russell Wilson was traded from the Seattle Seahawks to the Denver Broncos. 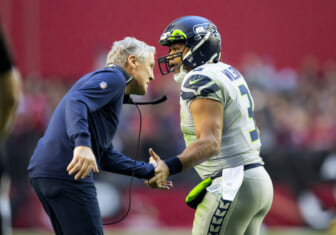 In the deal, the Broncs sent quarterback Drew Lock, tight end Noah Fant, defensive lineman Shelby Harris, first-round picks this year and next, two second-round picks, and a 2022 fifth-round selection. If three first-round selections are the starting point, it could be argued the Texans are likely asking for more than it took to land Wilson in Denver.