Way before Pete Carroll got his first NFL head coaching opportunity, he was a defensive backs coach for the Minnesota Vikings from 1985-89. While Carroll spent five seasons up North, there’s a common misconception that he got his start in the NFL with the Vikes, which simply isn’t true. Carroll’s first NFL job actually came with the Buffalo Bills back in 1984.

However, the Pete Carroll-Minnesota Vikings connection didn’t end in 1989, it continued at several junctions later on in his career. Such as when Carroll became a candidate for Stanford’s head coaching gig, which ultimately went to former Vikings head coach Dennis Green ironically. Carroll then moved onto the New York Jets where he became their defensive coordinator.

But in 1992, Carroll interviewed for the Vikings’ open head coach position. Again, the job went to Green instead. Carroll eventually parlayed his position with the Jets into becoming their head coach in 1994. The season started fine, they were 6-5, before Dan Marino’s fake spike derailed their season into a 6-10 finish, where he was fired after one year as a head coach.

It took Carroll two more years before getting another chance as an NFL team’s head coach, following in the footsteps of Bill Parcells with the New England Patriots, but it was short-lived, going 27-21 in three seasons. Nine years spent at USC winning two National Championships made Carroll into a college coaching legend. His accomplishments sprung him into the NFL with the Seattle Seahawks, where he’s coached for 12 years, winning a Super Bowl in 2013.

While he experienced an enormous amount of success, the peak was eight years ago, and his team is hitting new lows in 2021, with the second-lowest win percentage of his NFL career. But that doesn’t mean Carroll has suddenly forgotten how to coach. It’s a similar situation to Mike Zimmer, but maybe the Minnesota Vikings are ready to move on from one veteran for another? It’s an interesting thought experiment, let’s dive in. 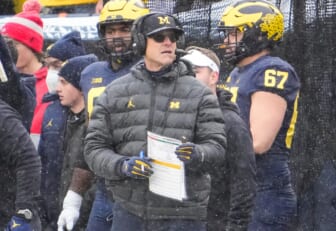 Possibly one of the biggest factors why team owner Zygi Wilf hasn’t moved on from general manager Rick Spielman and head coach Mike Zimmer is because ownership isn’t interested in a complete teardown. This roster has plenty of talent on both sides of the ball, combined with a good mix of leadership coming from both younger and more experienced vets who are still playing at a high level.

Back in 2018, this organization felt they were one major piece away from a Super Bowl after reaching the NFC Conference Championship game in 2017. Kirk Cousins was signed to a record-breaking contract at the time. They’ve since learned a tough lesson – few teams are ever “one piece” away from a ring.

Hoping they can swap a few smaller moving parts, the org keeps stringing Cousins along for another season or two, hoping to catch lightning in a bottle again, only to have the defense fall apart due to injuries and depth issues. It simply hasn’t worked. The past two years have reflected a mediocre team, at best, winning just 44.8% of their games since the end of the 2019 season.

So, where do the Vikings go from here? They can’t necessarily pull away from Cousins and his $45 million cap number in 2022 without trading him. Yet, even with a trade, is Kellen Mond suddenly the answer to bring this team past the Divisional Round? He’s never seen the field in a regular-season NFL game. That’s a rebuild waiting to happen.

If the Vikings want to move on from Zimmer and still compete in 2022, they need to either keep Cousins, find an established quarterback who is better than him right now, or find a head coach who has already proven his chops at the highest level.

Russell Wilson has voiced his displeasure with the Seahawks organization several times, whether publicly or privately in the past few years. They’re likely to miss the playoffs again, yet Russ is a winner in the truest sense, he hates losing. Won’t stand for it.

It wouldn’t shock anyone if the seven-time Pro Bowl QB demands his way out of Seattle. At 70 years old, Carroll would probably then resign, hoping to latch on with a team who’s in a better position to win, sooner than later. If Carroll becomes a coaching free agent, Spielman should promptly fire Mike Zimmer and hire coach Carroll.

Carroll’s interest would naturally derive from his time in Minnesota when he truly “cherished” his opportunity to advance in the league when he was unsure of his future. The other, far more important half, is the Vikings roster.

He would be signing up for a chance to coach an offense featuring one of the top running back duos in the NFL–Dalvin Cook and Alexander Mattison, plus one of the best receiving corps in the league, led by Justin Jefferson, Adam Thielen, and K.J. Osborn. The Vikings are also building their offensive line into one of the best groups they’ve had in recent time, with bookends Christian Darrisaw and Brian O’Neill forming a great foundation.

Defensively, things start looking sketchy, but it also features a host of Pro Bowl talents at every level. Stud defensive end, Madden Create-a-Player Danielle Hunter could be the leading pass-rusher on any squad. The rotation along the defensive line is deep and developing.

At linebacker, they have one of the best in the league, All-Pro linebacker Eric Kendricks, who is similar in play style to Bobby Wagner, a player Carroll is quite familiar with in Seattle. Anthony Barr is set for unrestricted free agency, but he relishes the opportunity to play with his fellow UCLA grad Kendricks, there’s a good chance he looks to return.

In the secondary, Carroll’s area of expertise, the Vikings are in dire need of development. Harrison Smith and Patrick Peterson are both still playing at a high level and can act as secondary coaches who also produce on the field, but they are just two members of a unit that typically has five players on the field.

Basically, Carroll would be intrigued by the general makeup of the Vikings roster, seeing it is a group that offers a lot of talent to compete with. Sure, there’s some continued development to be done, and possibly a decision at quarterback, which brings me to our next step in this 2022 Minnesota Vikings thought experiment.

How about a Russell Wilson-Pete Carroll package deal?

You can say what you want about Russ possibly being fed up with Pete Carroll, but he likely still has great respect for the only coach he’s ever had in the NFL. What has Wilson done since getting into the league? Well, in 2012, Carroll made Wilson the team’s opening day starting quarterback after being selected in the third round. Keep in mind, this was after they signed Matt Flynn to compete with Tarvaris Jackson to be the team’s leading signal-caller.

For a coach to start a third-rookie over a fresh signee and six-year vet in T-Jack, is unheard of. Carroll trusted Russ from the start of his career. The respect paid off, leading the ‘Hawks to a playoff appearance in his first season.

So, yeah, understandably there may be some recent, built-up frustration. It’s the same as when you spend a great amount of time close to anyone for long enough, sometimes there are just some creative differences that need to be hashed out, especially when things are no longer going as well as they once did.

Does one bad year mean Wilson would never play for Carroll again? Probably not. For the most part, Wilson has said he’s been frustrated with getting hit and losing, but if he could see reasons for optimism, maybe the Minnesota Vikings would be the team Russ waives his no-trade clause for? 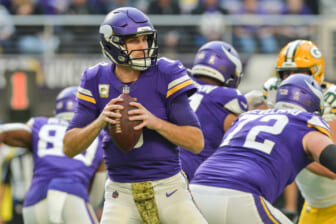