The more you look at the Cardinals’ schedule, the more likely it seems that they’ll be able to do some serious damage, at least outside of the NFC West. Quarterback Kyler Murray is such an X-factor with his elite rushing ability, and Arizona’s improved front seven has the means to wreak havoc on a suspect Vikings O-line.

All our predictions are based on the Vikings keeping and starting these key players: 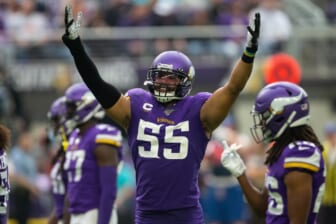 Joe Burrow got his former LSU teammate Ja’Marr Chase to join an already-talented receiving corps led by Tyler Boyd and Tee Higgins. Burrow and Chase connected on a 50-yard touchdown near the end of the first half, and a fumble by Vikings tailback Dalvin Cook allowed Cincinnati to drive down for the winning field goal. This is a real heartbreaker for Minnesota to say the least, as this was a very winnable Week 1 matchup.

There’s a lot of discord in Seattle surrounding Russell Wilson, who basically requested a trade during the offseason. Thus, banding together for a tough road trip isn’t something the Seahawks feel destined to do on a regular basis. The Vikings’ smashmouth rushing attack should overwhelm their foe.

Perhaps no one made as many upgrades on defense as the Browns did this offseason. They’re so much better than the Vikings on that side of the ball, really, at every level, and longtime Minnesota assistant Kevin Stefanski is now the reigning Coach of the Year in Cleveland. Not much reason for hope for the Vikings despite the home-field edge.

It’s probably going to be a roller-coaster season for Vikings fans, so squaring off with the lowly Lions at home should serve as a high point. Minnesota will be able to roll up points on Detroit at relative will.

It’s hard to separate these two teams, because they’re so evenly matched. That should tilt the outcome in the hosts’ favor, but this could well be the contest that makes or breaks Minnesota’s playoff hopes. Panthers signal-caller Sam Darnold is such an unknown, but the assumption here is that his supporting cast, led by Christian McCaffrey, will drive Carolina to a hard-fought “W.” 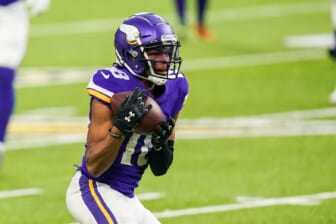 The Cowboys are going to see their fair share of shootouts in 2021, because they haven’t done enough to address their sieve of a defense. Minnesota should be able to get some momentum with its running game and ultimately overwhelm Dallas.

Vikings linebacker Eric Kendricks is one of the few who could hold his own as a QB spy on Ravens star Lamar Jackson. The bigger concern here is the exotic looks the Ravens present on defense on an annual basis. As long as Baltimore keeps Dalvin Cook in relative check, this is likely to be a road defeat for Minnesota.

Justin Herbert was historically good as a rookie QB last season behind an awful offensive line. Now, the Chargers are much better up front, already have a strong defense and got a new head coach in Brandon Staley to help them take that next step. Meanwhile, the Vikes feel like a team stuck in relative neutral under Mike Zimmer. Such circumstances don’t bode well for the away team. 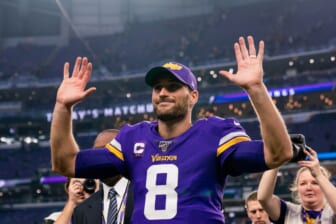 Also Read:
3 overlooked Minnesota Vikings who will be stars in 2021

Because the Aaron Rodgers situation has is now been resolved at least for 2021, there’s little reason to give the Vikings the benefit of the doubt that they can stick it to the Packers’ defense enough to earn a season split. Rodgers is just too good.

San Francisco head coach Kyle Shanahan has been enamored of Cousins for many years. Captain Kirk probably wishes he could play for the 49ers, but that’s no longer possible. Whether it’s rookie Trey Lance or incumbent Jimmy Garoppolo getting the start under center for Shanahan by this point in the year, the Niners should be able to pull this one out.

It’s pretty well-known that the Lions have a bottom-five roster, and heck, that’s a generous label. They’d need an unfathomable amount of young players to rise to the occasion in order to have a chance at being competitive in most games, especially with Jared Goff at quarterback. The Vikings are too much for Detroit, even at Ford Field.

This might be Ben Roethlisberger‘s last year as Pittsburgh’s quarterback. Big Ben fell apart at the end of 2020, and unless he has a miraculous bounce-back from that, Minnesota should be able to get this one at home. 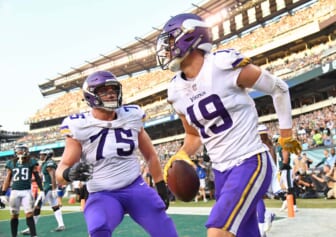 Neither of the meetings between these NFC North rivals should be high-scoring. That is, unless Bears rookie QB Justin Fields balls out right away, and Cousins winds up piling on the garbage time stats. In any event, Fields should be Chicago’s starter over Andy Dalton by Week 15. The Bears defense will force multiple takeaways to get the win.

Minnesota’s interior offensive line is going to have its hands full with Aaron Donald. Plus, All-Pro cornerback Jalen Ramsey can take away Vikings young stud receiver Justin Jefferson if he plays like he’s capable of. Combine that with the Rams’ upgraded passing game led by Matthew Stafford, and none of it plays well for Minnesota.

Lambeau Field becomes a much easier place to play if Aaron Rodgers isn’t the quarterback for Green Bay. Again, the Packers have pactched up their differences with the reigning NFL MVP for the time being, so they should have little trouble crushing Minnesota at home.

Bears pass-rusher Khalil Mack is going to be difficult for the Vikings’ youthful offensive line to neutralize. That’s why it’s imperative for Minnesota to stay committed to the run and hit some shot plays down the field with Justin Jefferson and Adam Thielen. Look for the Purple and Gold to will their way to a divisional victory here.