Minnesota Vikings: Analyzing their 2022 NFL Draft approach based on the Shanahan coaching tree 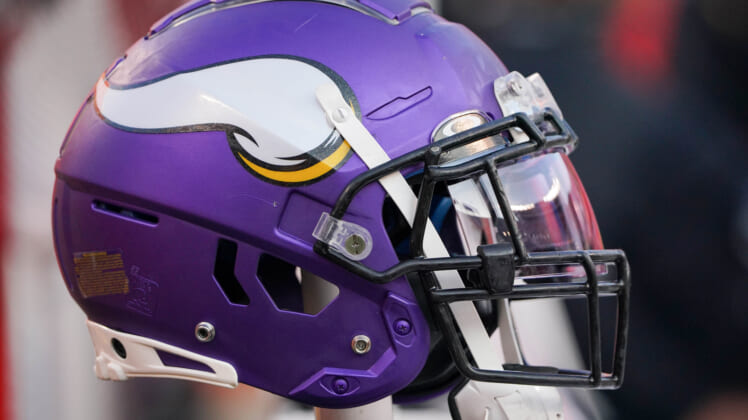 When the calendar turns to March and April each year, the NFL draft has become like The Hunger Games; fans of all “districts” scour the internet for every nugget of information they can get and build their mock draft “tributes” in the hopes of predicting the seemingly unpredictable event.

If you were a Minnesota Vikings fan during the last eight drafts under the prior regime of “capitol president” Rick Spielman and “head gamemaker” Mike Zimmer, the odds “were ever in your favor” if you predicted a cornerback early and a stockpiling of late-round picks. Of the Vikings’ nine first-round picks from 2014-2021, three (33%) were used on cornerbacks, and 35 of the Vikings’ 85 total sections (41%) during that time frame were selected in rounds 6 and 7. The Vikings averaged 10.6 picks per-year, including an NFL-record 38 picks over a three-season stretch from 2019-2021, which calculates to an eye-opening 12.6 picks per-year.

Now that the 2022 calendar has turned towards the draft once again, Vikings fans are wondering if new general manager Kwesi Adofo-Mensah and head coach Kevin O’Connell will continue along the prior regime’s draft strategies – especially since many fans feel they are running the same 2021 team back again in 2022 – or will the new collaboration change the rules like Katniss and Peeta being declared double-winners and start a revolution towards the ultimate prize in any game: the Lombardi trophy?

Knowing that O’Connell is a disciple from the Mike Shanahan “coaching tree” that Kyle Shanahan, Sean McVay, Matt LaFleur and Zac Taylor fall under – and knowing that Adofo-Mensah spent three seasons in the 49ers organization during Kyle Shanahan’s first three seasons as head coach – looking at the draft selections of those coaches could provide some insight as to which path the Vikings take in the upcoming draft.

Total draft picks: how much is “too much”?

The following table represents the draft selections by each day of the draft, with Day 3 broken down between “early” (rounds 4 and 5) and “late” (rounds 6 and 7) with totals and averages for each day, as well as detail on which positions were drafted for each day. The figures were taken from each team’s all-time draft history from Pro Football Reference.

The immediate takeaway is that the Shanahan coaches make 8.6 selections per-year, which is two fewer picks than the Vikings’ 10.6 per-year average under Spielman and Zimmer. While the prior Vikings regime selected more players – especially from 2019-2021 where they accumulated four more picks per-year – that strategy resulted in three total playoff appearances, two division titles and one conference championship appearance. Compared to the 10 playoff appearances, eight division titles, seven conference championship appearances, four super bowl appearances and one Lombardi trophy of the Shanahan coaches from 2017-2021, perhaps the Vikings could adopt a “less is more” and/or a “quality over quantity” approach in 2022.

The other interesting analysis is what day those additional Vikings selections came from. The Shanahan coaches selected approximately one player on Day 1, two players on Day 2, nearly two-and-a-half players during the early rounds on Day 3 and three players in the later rounds of Day 3. The Vikings were nearly identical on days 1 and 2, but selected an additional player on-average in the early and later portions of Day 3, which makes sense given “Trader Rick’s” propensity for trading down, especially in the middle rounds.

Former ESPN Vikings journalist Courtney Cronin wrote last draft season that the Vikings executed, “35 draft-day trades since 2012, which is tied for the most in the NFL in that span“. As Cronin suggests in that article, the strategy of stockpiling late Day 3 picks didn’t necessarily coincide with the “win-now” mentality that Spielman employed, given the timeline it takes to develop those players.

With the Vikings’ ownership and Adofo-Mensah also maintaining a plan to remain competitive, it’s reasonable to assume that the Vikings would be wise to shift gears towards rounds 4 and 5 versus rounds 6 and 7. Knowing that the Vikings have only one selection in rounds 4 and 5 with four selections in rounds 6 and 7, if Adofo-Mensah wants to imitate the Shanahan coaching draft strategies, he should be looking to trade down in the early rounds in 2022 to acquire more Day 2 and early Day 3 capital and then possibly move up in those middle rounds.

Related: NFL mock draft 2022: See who the Minnesota Vikings take at No. 12

But knowing the number of picks the Shanahan coaches select each draft day is only part of the equation; the actual positions they target is the other.

The early table included not just the number of picks by day, but also included the different positions selected during those rounds. The following table details the various offensive, defensive and special teams positions that that the Shanahan coaches have collectively drafted on each day:

When you first look to the total on the far right, it’s nearly a 50/50 split between offense and defense, but when you take a deeper look into the table, the Shanahan coaches tend to focus more on the offensive side of the ball on Day 2 and then shift their focus towards defense on Day 3. The Vikings actually had a similar approach from 2014-2021; on Day 2 they drafted offense 56% of the time and then only 43% on Day 3. The Vikings even made two special team selections in that timeframe – Daniel Carlson in 2018 and Austin Cutting in 2019 – which closely resembles the three special team selections the Shanahan coaches made from 2017-2021.

That’s where the similarities seem to end.

On Day 3, the Shanahan coach strategy seems to be drafting and developing interior offensive line and linebackers more so than any other position groups by targeting those two groups with 30% of their picks on Day 3, versus the Vikings at only 22%. The other notable difference is the focus on running backs late on Day 3, with the Shanahan coaches selecting nine running backs late on Day 3. The Vikings focused on the running back position on Day 2 (Jerick McKinnon, Dalvin Cook, Alexander Mattison) and early on Day 3 (Kene Nwangwu).

Related: Minnesota Vikings: A look at the 2023 salary cap

With the 2022 draft just one month away, here is where the Minnesota Vikings stand in terms of draft picks by round:

Looking at the current state of the roster before the draft, the Vikings have the following positional needs: interior offensive line, cornerback, linebacker, safety, tight end and possible quarterback depth. Even though the eight total picks the Vikings have closely resembles the 8.6 total selections that the Shanahan coaching tree has made the last five seasons, it’s difficult to imagine the Vikings filling all of those rosters holes with both quality starting-level prospects and key depth pieces, given that only three of their eight selections are on days 1 and 2.

The first tendency is to think about trading down in round one to acquire more Day 2 selections, but something the Shanahan coaches have done suggest otherwise: they tend to trade up in round one over trading down. While Zac Taylor’s Bengals haven’t moved in round one during his tenure as head coach, the other three Shanahan coaches have been inclined to either move up in round one or, in McVay’s case, trade first-round selections for proven NFL players. Kyle Shanahan moved around in 2020 twice (down to draft Javon Kinlaw and up to select Brandon Aiyuk. The latter involving a patented trade down by “Trader Rick”) and once in 2021 (moving up in the top 3 to grab quarterback Trey Lance).

LaFleur has traded up in round one in two of his first three seasons: trading up in the backend of round one in 2019 for safety Darnell Savage and again in 2020 for quarterback Jordan Love. If the Vikings are going to get a fourth-round pick back and have more middle-round capital, they’re going to have to look to trade down in round 2 and possibly round 3.

With the full knowledge of the Shanahan coaching tree draft history, here’s a reasonable take on where the Vikings could ultimately draft and what positions they could take in those rounds:

It’s entirely possible that the Vikings follow the 49ers’ and Packers’ strategy of trading up in round one. That would probably take “Sauce” Gardner falling to Seattle at No. 9, or Gardner going in the top 5 and the Vikings being okay with Derek Stingley Jr.’s medicals to get ahead of the NYJ at No. 10. Barring those scenarios or a potential trade-down, the Vikings will likely go “best player available” at defensive line or wide receiver.

Even though it would certainly cause some fan backlash given all of their recent free agent activity at the position in the last few years, I wouldn’t be surprised to see the Vikings select Georgia’s defensive tackle Jordan Davis to be the true nose tackle in Donatell’s 3-4. O’Connell could also be tempted with the possibility of Alabama’s wide receiver Jameson Williams, as well.

The real action for this draft scenario for the Vikings begins on Day 2 as they trade back both their round 2 and round 3 picks to build back some early Day 3 draft capital, courtesy of a couple AFC contenders in Buffalo and Tennessee. The Vikings then cash-in their extra late Day 3 picks to trade up with Denver in round 4 – who have back-to-back picks early in round 4 – and the Jets in round 5, who currently have no picks after #163. The nine total selections moves the Vikings closer to the 8.6 selections the Shanahan coaching tree averages, rounded up, of course, and gives O’Connell and his staff more middle-round depth to develop sooner, which is in-line with the “rebuilding” part of Kwesi’s “competitive rebuild” model.

Happy Hunger Games…err draft season…to everyone, and with the new Viking regime in place, and “may the odds be ever in” their favor.

If you enjoyed this piece, please consider hopping over to Purple Pain Forums and debating with other Minnesota Vikings fans about not only this topic, but so much more!