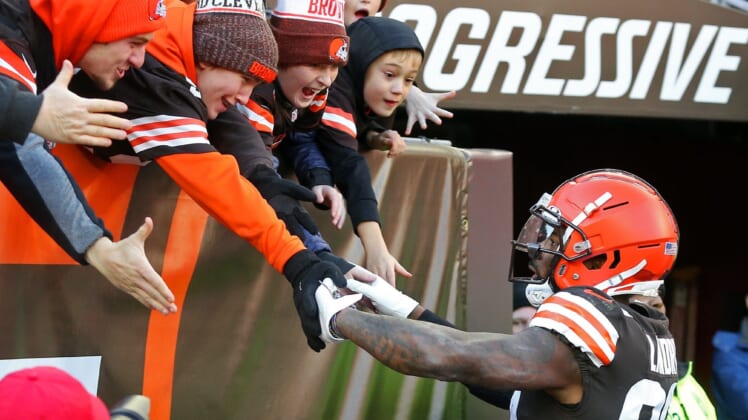 Even after releasing Jarvis Landry, the Cleveland Browns hoped the former Pro Bowl receiver might be willing to return at a lower salary for the opportunity to play with quarterback Deshaun Watson. It’s now reportedly safe to rule out a comeback in Cleveland.

Landry, who fired his agent in March, wants a lucrative contract. After seeing Christian Kirk sign a multi-year deal worth $18 million per season, the Pro Bowl slot weapon wanted to top it. Early this offseason, Landry reportedly set an asking price of $20 million per year and when he couldn’t get it, he parted ways with his representation.

Months later, with the 2022 NFL Draft in the rearview mirror, Landry remains a free agent. He is one of the best wide receivers available on the open market and Cleveland wanted him back. However, it seems that won’t be happening.

According to Mary Kay Cabot of Cleveland.com, the door is closed on any potential return for Landry. Cleveland’s head coach Kevin Stefanski expressed confidence in the team’s current receiving corps after the draft, casting further doubt on Landry suiting up in a Browns’ uniform again.

There are still a few options for the 29-year-old receiver, but his options are dwindling. Reports indicated the Green Bay Packers expressed interest, but Landry’s asking price in a new contract drove them away. Meanwhile, teams like the Chicago Bears have indicated they are happy with their talent and depth at wide receiver heading into the summer.

It’s a tough time for veteran wideouts right now. Julio Jones remains a free agent with limited reporting about what NFL teams might be interested in him. As for Odell Beckham Jr. the second torn ACL of his NFL career raises concerns and it’s going to force him to settle for a one-year contract with his inability to play until November. However, a return to the Los Angeles Rams is still possible.

As for Landry, his asking price will likely need to come down significantly before he finds a new home. At this point, he might have to choose between getting paid more to play for one of the worst NFL teams or playing on a discount contract to compete for a Super Bowl. Whatever decision he makes will also likely have a huge impact on his market next offseason.