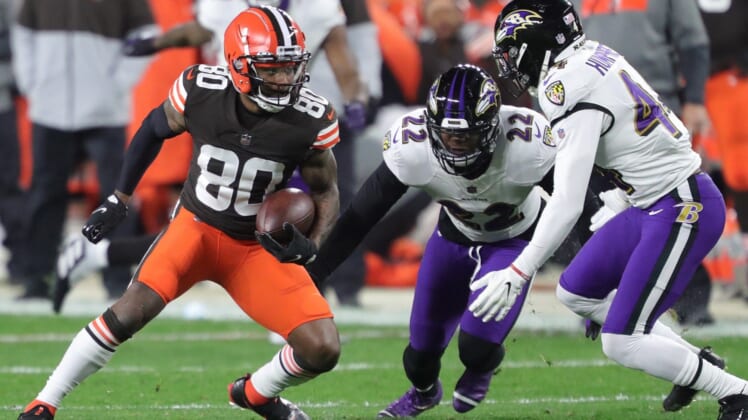 The Baltimore Ravens need receiving help after trading Marquise Brown during the 2022 NFL Draft. With only a few weeks until summer practices begin, Jarvis Landry is reportedly on the team’s radar as a solution to the problem.

As players get ready for OTAs and minicamp in the week ahead, Baltimore’s depth at receiver is thin. Rashod Bateman is expected to step in as the No. 1 receiver and there are high expectations for Tylan Wallace in 2022. However, there is very little proven talent behind them.

This is a typical NFL offense. The Ravens had one of the lowest rates of throws to wide receivers in 2021, a source of frustration for Brown. While it’s not an ideal landing spot for a wideout looking to rack up gaudy stats, there is interest in playing with quarterback Lamar Jackson.

Recognizing they need to help their MVP quarterback, Baltimore is exploring its options after the NFL Draft in a pool of free agents offering multiple starting-caliber options.

According to Brad Stainbbrook of 247 Sports, the Ravens have expressed interest in Jarvis Landry. The 29-year-old was released by the Cleveland Browns this offseason. A five-time Pro Bowl selection, Landry would be an excellent slot receiver.

Signing the veteran wideout would also help ease some frustrations after Jackson was displeased with the Brown trade. The NFL star knows he needs a stronger receiving corps to return to his All-Pro form and adding Landry would help significantly. 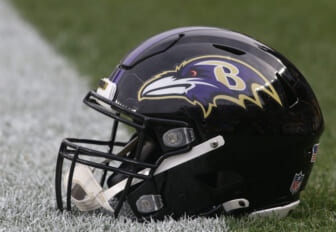 Why is Jarvis Landry still a free agent?

NFL teams recognize that Landry is a valuable weapon that can play an important role in an offense next season. While his production didn’t meet the typical standard for his talent in 2021, that was largely due to poor quarterback play.

Landry is likely a free agent for another reason. He fired his agent in March, at a time when the Pro Bowl receiver was reportedly seeking $20 million per season. In a market that saw Christian Kirk land a multi-year deal worth $18 million AAV, Landry wanted to top that contract.

However, the asking price drove teams away and many of them addressed their needs in a receiver-rich draft class. Now, Landry remains a free agent and is staring down a situation where only four teams have more than $15 million in cap space.

If Landry wants to join a contender like the Ravens or Green Bay Packers, he’ll need to sign a deal far below his original asking price. If money is the most important factor, he’ll have to settle for a worse team with inferior quarterback play.