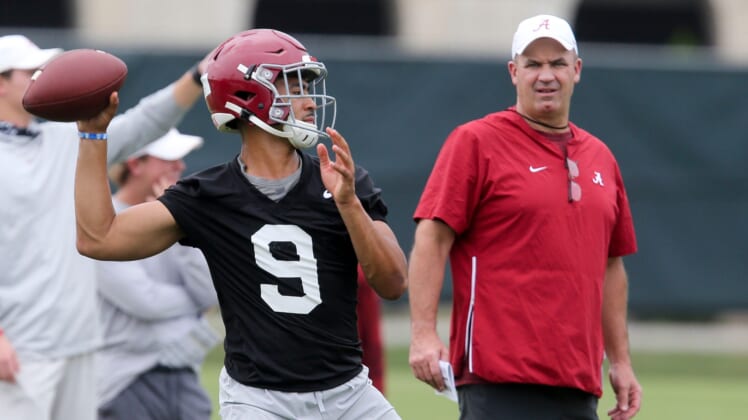 Jacksonville Jaguars general manager Trent Baalke has a huge task on his hands this offseason. Searching for the organization’s next head coach, they have already compiled a number of options, with some interviews already occurring and more on the way. If Baalke gets his way, Alabama offensive coordinator and former Houston Texans head coach Bill O’Brien will also get his chance to toss his hat in the ring.

That’s right, believe it or not, Baalke has been pushing Jags owner Shahid Khan for the organization to interview O’Brien for their head coaching vacancy.

O’Brien has been coordinating the Crimson Tide’s offense this season, helping Bryce Young have a Heisman season along the way, as they prepare to play in the CFP National Championship.

Prior to his current position, O’Brien flamed out with the Texans after becoming their official GM in 2020. The team quickly fell apart under his guidance, and they have yet to recover. Of course, the Deshaun Watson situation hasn’t helped. Still, only one year later it seems unlikely any NFL team will be interested in interviewing O’Brien for their head coach position this offseason.

O’Brien helped the Texans go 52-48 during his six-year tenure, only experiencing one losing season before getting fired after an 0-4 start last year. During his time, the Texans fractured relationships with several core pieces of the franchise, including Andre Johnson and DeAndre Hopkins. Now, Watson is on his way out too.

Knowing this, some may be hesitant to bring O’Brien into a situation such as Jacksonville who should be doing everything in their power to help Trevor Lawrence thrive for many years to come. At the end of the day, bringing in O’Brien doesn’t hurt the team in any way. It never hurts to keep your options open, but there appears to be several other candidates who are more qualified.