The Kentucky Derby horses were rockstars at the highly anticipated race on May 7. Close to 150,000 people packed into Churchill Down Racecourse to get a look at them to see which wins the first leg of the prestigious Triple Crown trilogy of races. Just like any other major sporting event, fans also love to put their hard-earned money on various wagers for the race.

This year, a record $179 million was placed on bets for the race. Let’s take a look at some of the horses that competed in the 2022 derby and were the hopes of millions of sports bettors around the world.

Related: Kentucky Derby FAQ – Everything you need to know about the 2022 race

There were twenty horses vying for the honor of being called the derby champion. Several of them were viewed as favorites and a couple of others had dark horse potential. This talented field was special and helped to pull hundreds of millions of dollars into various in-person and online betting sources.

Mo Donegal is a fast-rising juvenile trained by Todd A. Pletcher and that actually beat out Zandon — a horse with higher odds in the Derby — at the Remsen S in December. Mo also has a championship pedigree as his poppa/sire Uncle Mo fathered the 2016 Kentucky Derby Nyquist. Making Mo a legit dark horse in the race.

The Tim Yakteen trained Messier is a bay colt formerly coached by disgraced trainer Bob Baffert and was one of the favorites to do big things at Churchill Downs. The horse aced a performance at the Robert B. Lewis Stakes in February to earn a chance in Louisville and was a top contender on derby day.

Zandon is a Colt trained by Chad C. Brown and has quickly moved near the top of the betting odds lists after a $1 million victory at the Blue Grass S on April 9. The three-year-old bred in Kentucky also earned a victory in October at Belmont. For much of the week before the race, Zandon was a top pick.

Smile Happy is a Lucky Seven Stable owned Colt and trained by Kenney McPeek. He won on this track by 3 1/4 lengths in November. While he wasn’t among the five favorites to win the race, Smile Happy is a front running horse and rain was in the forecast for this year’s derby. Meaning his odds seemed better than expected. 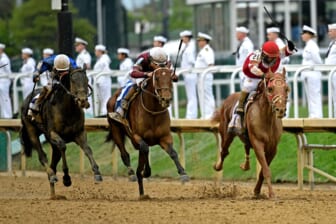 Epicenter was a top choice and ended up finishing second. A bay colt trained by one of the best trainers in North America, Steve Asmussen. The horse had four first-place finishes in four of five, and all of them came on dirt. Epicenter’s history and strong run into the race made him a favorite.

Rich Strike entered the race as an alternate the day before and shocked the world as an 80-1 betting underdog. The horse that only cost $30,000 (a bargain for thoroughbreds) became the second-biggest dog to ever win at the Kentucky Derby.

Here were the final odds on race day for the derby.

An 80-1 betting underdog shocked the world on May 7 and won the 147th edition of the Kentucky Derby. Rich Strike was an alternate and only entered the rest on Friday after Ethereal Road dropped out. The horse made history as the second-biggest underdog ever to win the first leg of the prestigious Triple Crown trio of races.

Rich Strike likely won’t be a favorite going into the Preakness, however, he was an afterthought in Louisville, and the opportunity to shock the world a second time will be a major story at Pimlico race track on May 21. 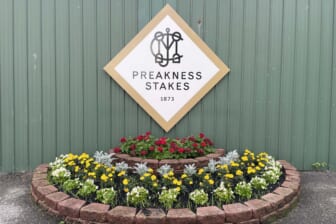 Also Read:
Preakness Stakes 2022: Everything you need to know