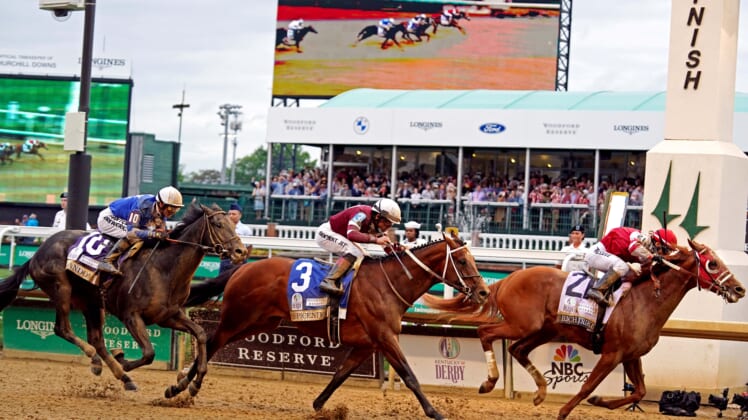 The Kentucky Derby is one of the most prestigious yearly events in all of horse racing. The grand race features the best three-year-old thoroughbreds in the world as they take to the track at Churchill Downs to decide the first leg of the distinguished triple crown series of races.

The run for the Roses brings forth some seriously unique fashion and some of the wildest hats you’ve ever seen, elite horse trainers, celebrities, and bettors. It is a true American happening each spring. Here is everything you need to know about the 2022 Kentucky Derby on Saturday, May 7.

When is the Kentucky Derby?

The annual racing tradition takes place on the first Saturday in May, at Churchill Downs Racecourse in Louisville, Kentucky. This year, the race was on May 7. The very first Kentucky Derby took place all the way back in 1875. Over 10,000 spectators and race enthusiasts watched Aristides win the inaugural version of what would eventually be known as the Kentucky Derby.

What time is the Kentucky Derby?

The 148th Kentucky Derby event kicked off at 10:30 AM ET with the first race of the day. The complete slate of duels features 14 different races that went all the way to 8:30 PM ET. However, “the most exciting two minutes in sports” and the business everyone was turning in for went down at 6:57 PM ET. 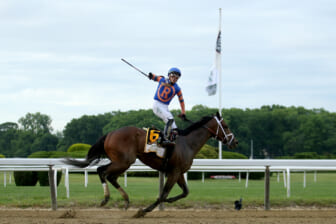 What channel can I watch the Kentucky Derby 2022 on?

How long is the Kentucky Derby race?

The Churchill Downs racecourse, where the best three-year-old thoroughbreds in the world will battle, stretches for one and a quarter miles in circumference. In total, it took just over two and a half minutes to find out who wass the 2022 Derby winner.

How can you bet on the winner of the Derby?

The Derby featured 20 horses, and this year’s group included awesomely named creatures like Epicenter, Simplification, Summer is Tomorrow, and Japanese horse Crown Pride. Entering the event, Taiba was the favorite at 5-1, while Epicenter was the next likeliest to win the race.

You can place bets on any of the horses involved in the race here.

An 80-1 betting underdog shocked the world on May 7 and won the 147th edition of the Kentucky Derby. Rich Strike was an alternate and only entered the rest on Friday after Ethereal Road dropped out. The horse made history as the second-biggest underdog ever to win the first leg of the prestigious Triple Crown trio of races.

Rich Strike likely won’t be a favorite going into the Preakness, however, he was an afterthought in Louisville, and the opportunity to shock the world a second time will be a major story at Pimlico race track on May 21. 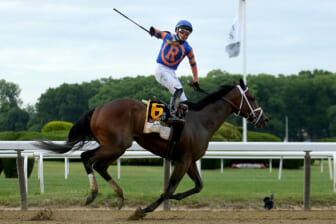 The 2022 edition of the Kentucky Derby — the first race in the Triple Crown — delivered huge numbers for NBC. The broadcast averaged 15.8 million viewers, its best numbers since broadcasting this year’s Super Bowl. It was the eighth straight year where ratings for the annual event surpassed 15 million sets of eyeballs.

Furthermore, as 80-1 underdog Rich Strike stunned the world to win the Derby, the viewers jumped up to 19 million. The race was also viewed over 36 million times on NBC Sports’ Facebook, Twitter, Instagram, and TikTok accounts soon after the event came to a close.

How much do Kentucky Derby tickets cost?

Tickets to the first installment of the 2022 triple crown trilogy of races directly from the Kentucky Derby’s official site here. General admission tickets ranged between $75 and $85. If you wanted a true experience and have deep pockets to do so, tickets for all-inclusive box seating costs upwards of $1000, while all-inclusive bleacher seats run as high as $7,000.