The Jacksonville Jaguars have held the first pick in the 2022 NFL Draft for months, giving general manager Trent Baalke plenty of time to make a decision. With draft day closing in, it’s becoming increasingly clear that edge rusher Aidan Hutchinson likely won’t be the No. 1 pick.

On Sportsnaut’s 2022 NFL Draft board and in consensus prospect rankings, Hutchinson is viewed as the best player available. However, NFL Draft rumors have suggested for weeks that Jacksonville might take defensive end Travon Walker with the top pick on April 28.

Walker is now the betting favorite to be the first pick in the NFL Draft. Through reporting from inside the Jaguars’ front office by Ian Rapoport of NFL Network, news broke this past week that Jacksonville is evaluating four players it could pick.

Now, with the latest NFL mock drafts projecting Walker to the Jaguars, one of the league’s top insiders is being told things could play out differently.

NBC Sports’ Peter King wrote Monday that multiple people out of Jacksonville have told him to expect a surprise with the first pick. While he still projects Walker to Jacksonville, he admits there is a distinct possibility the club goes in another direction.

This isn’t a typical situation. Within days of the NFL Draft, most teams know exactly who they are going to select and it becomes reported across the league. Under Baalke, it’s becoming increasingly clear that the Jaguars aren’t going to be doing things like normal organizations.

Who will the Jacksonville Jaguars draft with the first pick?

One thing that is evident based on consensus reporting, Jacksonville won’t be trading out of the No. 1 pick. The trade interest simply isn’t strong enough in a draft class that lacks an elite talent who can become one of the best players in the NFL.

It puts Jacksonville in a challenging spot. Hutchinson is the best player available and can make a strong impact for the next decade-plus as a three-down edge rusher with leadership and intangibles. However, some limitations will likely prevent him from ever being a candidate for an All-Pro team. 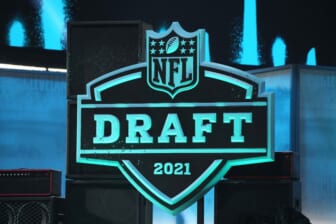 Walker offers more upside than Hutchinson based on his incredible athletic testing. He’s also an excellent run defender, meaning he can still contribute in 2022 even with the label of being a ‘project’ for NFL coaches. What’s holding him back is the lack of a track record as a pass rusher, hinting he just might not create the level of pressure off the edge teams seek from a No. 1 pick.

This is where we could see a surprise. So much of the spotlight right now is on edge rushers, it’s among the biggest Jacksonville Jaguars draft needs. However, the offensive line is also an area of weakness. As Pro Football Talk’s Mike Florio highlighted, head coach Doug Pederson emphasized the importance of offensive line depth and versatility.

It makes Alabama offensive lineman Evan Neal and North Carolina State offensive tackle Ikem Ekwonu legitimate possibilities. Ekwonu is the best run blocker in this class and could start his rookie season at guard before kicking outside to left tackle when Cam Robinson departs in 2023. As for Neal, he’s better in pass protection and started at multiple spots during his collegiate career in Alabama.

One thing is for certain, after years of everyone having a strong sense or knowing who will be the No. 1 pick in the NFL Draft, everyone is guessing this year.