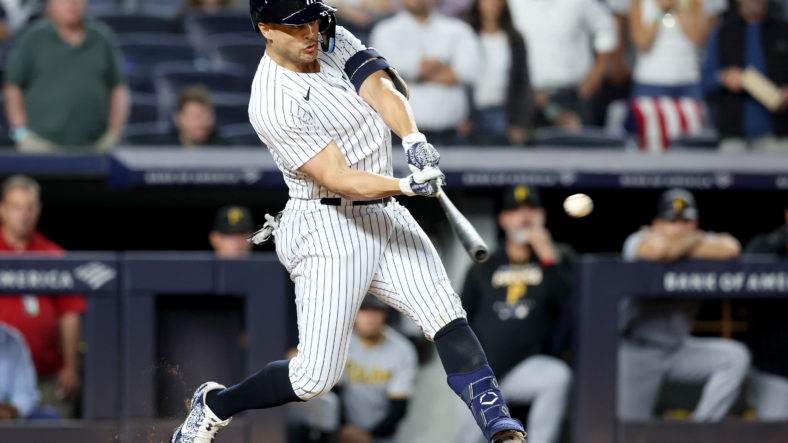 From the vantage point of a New York Yankees fan, the term injury is aptly fitting to explain their occasional struggles. According to the broader picture of baseball, injuries should not dictate a team’s overall performance. The Yankees, who construct their offense off of a juggernaut named Aaron Judge, have been decimated by unrelenting setbacks.

As the regular season narrows down, the injury list is slowly dissipating for Aaron Boone’s squad. Anthony Rizzo was reinstated after missing two weeks of play due to an epidural blood patch. Other impactful components such as Luis Severino, who is slated to start on Wednesday, and Harrison Bader who made his debut in Pinstripes last night, are returning.

Presuming that the Yankees secure their AL East crown, they will begin the assessment of their playoff roster. Undoubtedly, figures like Judge, Stanton, and Rizzo have secured a marquee spot on the roster with the addition of several others. Although, there are multiple roles that are yet to be determined, which could potentially oust certain players from their natural positions. Let’s take a look at the team’s likely roster for the postseason.

There’s no objection to the perception that a healthy Yankees lineup implies potency. Their offense is contingent on the long bomb, although they rank fifth in league-wide OPB (.323). With the postseason gaining traction, the Bombers’ power supply will need to stand its ground. While the top of the order is assumed to take a stand once the playoffs take effect, the subsequent half of the lineup will be carefully selected.

As Harrison Bader acquires his presumed workload in center, it won’t be necessary to incorporate Aaron Hicks in the lineup. Hicks is merely predisposed to some sort of catastrophe whether a defensive miscalculation or his scuffles at the plate. Aside from the center field debacle, figures such as Oswald Peraza and Marwin Gonzalez don’t seem a part of the broader postseason picture. They may embark on one or two at-bats, although, their inexperience in high-leverage circumstances will push them to the bench.

The remainder of the diamond is self-explanatory and doesn’t require much contemplation. DJ Lemahieu is expected to return to the everyday lineup and will retrieve some spots in the infield. Gleyber Torres and Isiah Kiner-Falefa will split the middle grounds, while Josh Donaldson will patrol the hot corner. The outfield will comprise the Judge-Bader duo with Giancarlo Stanton as a tentative option. Oswaldo Cabrera is vying for the left field if Boone decides to use Stanton as a designated hitter.

The New York Yankees possess seven pitchers who qualify for a starting role. For starters, Frankie Montas was shut down on Tuesday and isn’t expected to throw for 10 days due to shoulder inflammation in his dominant arm. Luis Severino will be reinstated and is slated to start Wednesday’s game in Yankee Stadium. Other than that, there are five starting pitchers part of the equation.

As per Boone, Gerrit Cole was elected as the game one starter regardless of the matchup. The remainder of the rotation is subjective and can go either direction. Although if a hypothetical rotation were to be drawn up, it would likely consist of Cole, Cortes, Severino, and Taillon. Beyond those four, Montas, German, and Schmidt are on the outside and seek to penetrate the depth chart.

If anything, it’s a commodity for the Yankees to host such a prolific yet diverse pitching staff. Yes, there will be a few starting pitchers subject to an altercation in their workloads, although, a bullpen game could grant access to long-relief opportunities in the postseason.