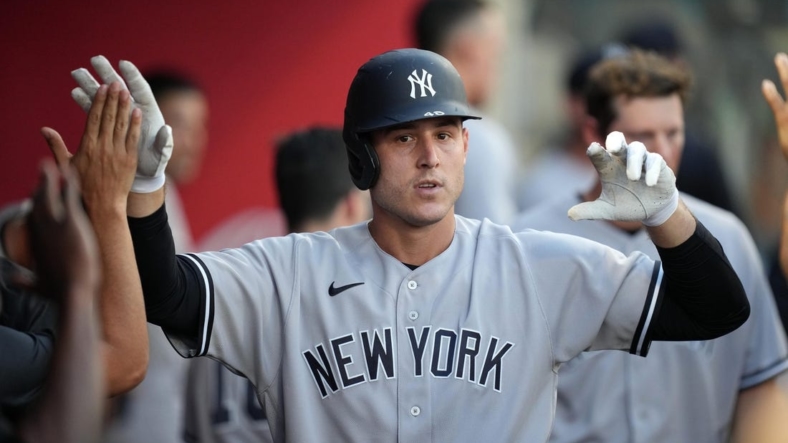 Rizzo has not played since Aug. 31, first due to a back injury and then because of intense headaches following an epidural injection.

The Yankees (87-58) were 8-6 in the 33-year-old veteran’s absence entering Sunday’s series finale at Milwaukee.

The Yankees optioned outfielder Estevan Florial to Triple-A Scranton/Wilkes-Barre in a corresponding transaction.

Florial, 24, is batting .097 with one RBI and two stolen bases in 17 games this season with New York.