A recent study done by Money.co.uk revealed the NFL’s most and least popular team owners. Using data compiled from Google, Facebook, Twitter and Reddit for their Beloved Billionaires study, the research group was able to determine that Carolina Panthers‘ team owner David Tepper is the NFL’s most popular owner among his peers.

Tepper just purchased the Panthers in 2018 and has already soared to the top of popularity polls.

Here are the top-ten most popular NFL team owners right now, per the Beloved Billionaires study.

It’s a fascinating study, while it’s a bit of a surprise to see the NFL’s newest owner as the most popular, it’s not a shock seeing Stan Kroenke and Jerry Jones near the top as well. The Los Angeles Rams just opened SoFi Stadium, a brand-new state-of-the-art facility.

Whereas the Dallas Cowboys have always been popular, and AT&T Stadium is also one of the greatest sports facilities in the nation, yet many people have nicknamed it JerryWorld. Can you think of any other stadium that has a nickname based on the team owner’s name? Yeah, me neither.

The top 10 least popular owners in the NFL are as follows.

Yeah. Not a surprising list there. The New York Jets are perpetually an embarrassment and have the worst NFL record in the past five years.

Washington always seems to be toiled in some sort of controversy, they don’t even have a team name.

The Detroit Lions are the Lions. They may legitimately go 0-17, making them the only franchise in existence to ever have two winless seasons of 16 or more games. It’s an organizational problem at this point. 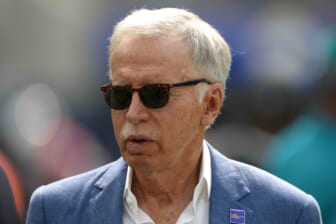 The New York Giants have been the second-worst team in football for the past five years and have not won a playoff game in ten seasons. Fans are incensed at ownership’s ignorance at this point.

Finally, we get to the “most-loved” owners in the NFL.