Colts are Baker Mayfield’s preferred destination in a possible trade 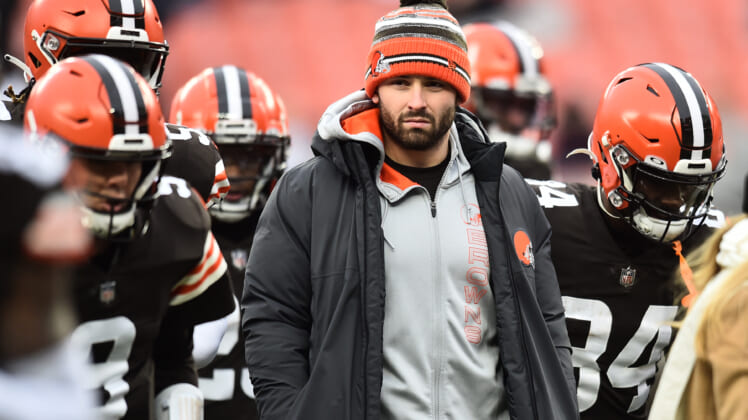 If it were up to Baker Mayfield, and the Cleveland Browns did decide to move him this offseason, the Indianapolis Colts would be his preferred landing spot.

On Tuesday, reports indicated that the Cleveland Browns became the third team to be given permission to talk to embattled but very talented Houston Texans quarterback Deshaun Watson. The three-time Pro Bowler is back on the trade block after a grand jury decided against bringing formal criminal charges against him for nine separate accusations of sexual assault.

While the Carolina Panthers and New Orleans Saints, the two other teams in pursuit of Watson, have serious quarterback issues, the Browns actually have a solid option in incumbent QB Mayfield. The team’s decision to talk with Watson, in the end, confirmed rumors from earlier this month that they were not sold on the 2017 Heisman Trophy winner being their starting signal-caller in 2022.

Baker Mayfield has eyes for the Indianapolis Colts

On Tuesday night, the idea of Mayfield’s days in Cleveland being over only gained steam when the first overall pick in the 2018 draft took to his social media to post what felt like a goodbye message to the city he has played four seasons in.

With trade speculation now also surrounding Mayfield, it seems there is a front runner for where he would like to land if he is traded in the near future.

During a Tuesday evening edition of a Pro Football Network podcast on NFL free agency, PFN Insider Tony Pauline revealed that Mayfield would like to take his talents to Indianapolis.

“Browns general manager Andrew Berry has promised to work with Mayfield’s team and send him to a place of his choosing — if at all possible. If Mayfield had his choice, that place would be Indianapolis to play for the Colts, another team on the cusp of getting into the playoffs.” (transcription via Pro Football Network)

The Colts currently have an opening in their starting QB spot after moving Carson Wentz was sent off to the Washington Commanders two weeks ago, only a year after the team gave up a 2022 first-round pick for the former Philadelphia Eagles starter.