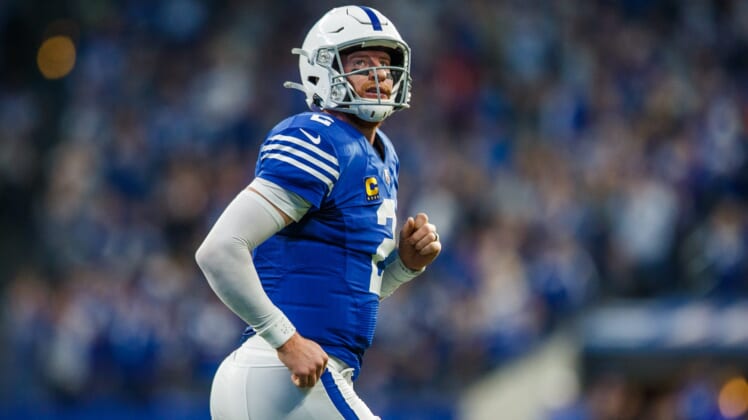 After campaigning the entire league, asking about the availability of all quarterbacks who could become starters elsewhere, the Washington Commanders have settled on their QB1 for 2022. In yet another surprise move, the Indianapolis Colts have agreed to send Carson Wentz to the Commanders for a package said to include two third-round selections, according to ESPN’s Adam Schefter.

Update: Here are the full details of the trade, as provided by Schefter.

For both Wentz and Washington, it’s an exciting time. Not only does Wentz get yet another chance to show a team that he can be a franchise quarterback, but he gets to do so against his old team. The one who already gave up on him once after trading up to the second overall slot in the 2016 NFL Draft. Call it a quest for revenge, if you will.

Then there’s also the new name change for the Commanders. They get to usher in a new year with a new logo and a new quarterback. Hopefully it spurs better results for them than Wentz did for the Colts a year ago, where they failed to make the playoffs. For the Commanders, the same expectation exists in the NFC East, a playoff mandate with Wentz at the helm.

Of course, there’s still a chance general manager Martin Mayhew could pull the trigger on a quarterback with the 11th selection in April’s NFL Draft, but that seems unlikely now that they’ve spared their third-round pick from this year’s crop as well.

Can Wentz help elevate the Commanders past the 7-10 record they finished with a season ago? That will be Ron Rivera’s challenge to figure out over the course of the offseason. For now, they have a new starting quarterback, we’ll see how far that gets them in the 2022 season.