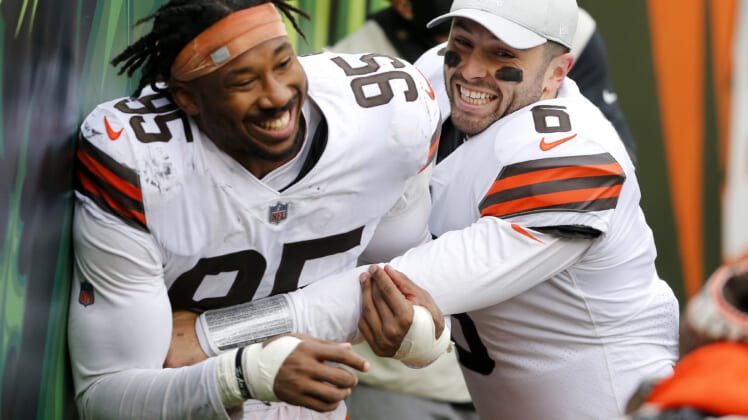 Cleveland Browns star pass rusher Myles Garrett has no issues with his former teammate — and probably still friend — Baker Mayfield. That doesn’t mean he doesn’t hope to do what he can to ruin the former top overall pick’s first game against the team that drafted him in a few weeks.

The Browns had a tumultuous offseason in 2022. The team’s decision to trade for embattled Houston Texans star quarterback Deshaun Watson led to boatloads of bad press. Be it from other organizations bothered by their decision to give him a fully guaranteed contract, or by adding an athlete with massive baggage that has now led to an 11-game suspension to start the regular season.

However, there was also some collateral damage in the situation. Making the move for Watson deeply upset their starter for the last few seasons, Mayfield, and led to his eventual departure from the team in a trade to the Carolina Panthers. However, the awkwardness from that uncomfortable situation won’t end there.

In a piece of perfect sports theater, the Browns and Panthers’ first game in 2022 is against each other. Meaning Mayfield will face the team that no longer wanted him immediately, as the newly installed starter for Carolina.

Browns edge rusher Myles Garrett was asked by Cleveland.com on Tuesday about playing against Mayfield on Sept. 11. The three-time Pro Bowler admitted he has no problem with his former teammate and doesn’t have an extra sense of “urgency” for this game. However, he still will be doing all he can to harass the former Browns star and hand him a loss in his debut with the Panthers. 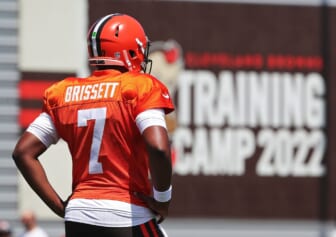 Also Read:
Why this seven-game stretch will define whether the Cleveland Browns can survive with Jacoby Brissett at QB

Garrett and the Browns versus Mayfield and the Panthers will take place in Week 1 of the NFL regular season and will kick off at 1 PM ET on CBS.