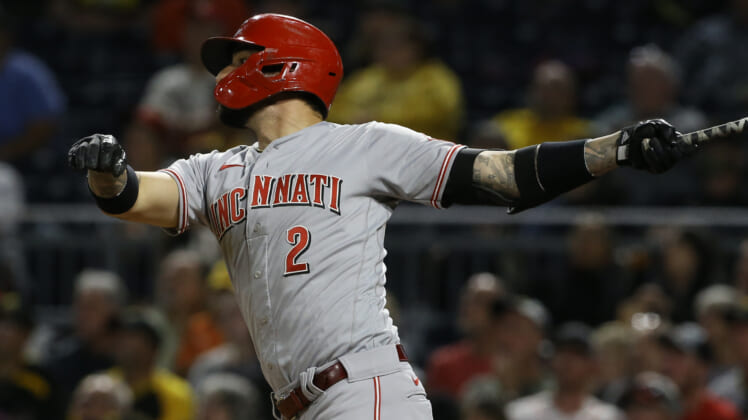 The Cincinnati Reds are coming off a repulsive 2021 season. They were in the driver’s seat to claim the second National League Wild Card seed but crumbled down the stretch, allowing the rival St. Louis Cardinals to snatch up the playoff spot. Nonetheless, the Reds remain a team that should be in win-now mode.

They have a bevy of excellent and/or top-tier players across the board. While they’ve made their fair share of pricey signings in recent memory, the Reds have to make more moves if they’re going to crack the NL playoffs next season.

With the MLB lockout in the rearview mirror, here are two players the Reds should sign.

Nick Castellanos is a must for Reds’ lineup

In thought, the Reds could let Castellanos walk because they have considerable outfield depth. That said, it’s difficult to justify a team moving on from arguably its best hitter — as long as that player wants to stay — when they’re trying to make the playoffs. Cincinnati should want to keep Castellanos.

Last season, the 30-year-old Castellanos was the driving force of manager David Bell’s offense. He roped pitches to all fields, was difficult to strike out, a formidable power threat from the right side and a model of consistency. In other words, Castellanos was an amplified version of what he has always been at the plate.

The Reds have a highly productive offensive depth chart with upside. Jesse Winker has become one of the better left fielders in the sport. Tyler Naquin had a superb 2021 campaign while Joey Votto had an offensive resurgence. Jonathan India and Kyle Farmer make for a compelling middle infield duo. Maybe one of Eugenio Suarez and Mike Moustakas right the ship next season?

Cincinnati’s outfield rotation would be some combination of Castellanos, Winker, Naquin, Nick Senzel, Aristides Aquino, Shogo Akiyama and Max Schrock. With the implementation of the universal designated hitter, the Reds can occasionally put others in the outfield while using Castellanos as the DH.

On days that Castellanos plays the field, Moustakas or Suarez could be the DH; they have more ways to utilize their plethora of high-octane hitters. Keeping Castellanos enhances the Reds’ chances of building on their 2021 offensive success.

The two parties are a match for each other.

The Reds had a plausible and/or high-level offense and starting rotation last season. They were a joy to watch for seven innings. Then there was the rest of the game. Last season, the Reds’ bullpen was bad. Like, really bad. They finished with a collective 4.99 ERA. No sole individual will fix Cincinnati’s bullpen, but signing Jansen would be a start.

Is Jansen a perfect closer? Of course not, he has experienced plenty of inopportune struggles in the late innings. At the same time, Jansen remains one of the best relievers in the sport. He posts strikeouts at a high rate, has a trove of playoff experience (Jansen has 57 playoff appearances under his belt) and effectively deploys and finishes games with his cutter and sinker.

Murphy’s law is the best way to describe the Reds’ 2021 bullpen. Amir Garrett posted a 6.04 ERA. Free-agent signee Sean Doolittle had a rocky season. Ryan Hendrix, Lucas Sims and others struggled mightily. Some of the aforementioned relievers have previously found a lot of success at the MLB level, too. They just so happened to collectively have one of, if not the worst season of their respective careers at the same time.

The Reds need a clear-cut closer. They shuffled a handful of pitchers in the role last season, none of which had sustained success. Jansen ends that discussion. Taking care of business in the ninth inning allows the rest of the bullpen to get back on track. One figures that Garrett returns to being a steady, backend reliever. Meanwhile, it’s safe to expect at least two of Hendrix, Sims, Luis Cessa and Justin Wilson to be reliable options. 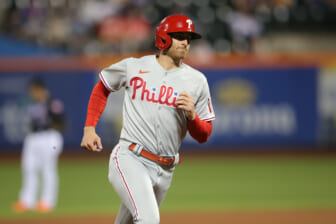 Cincinnati has a superb starting rotation which includes the likes of Luis Castillo, Tyler Mahle and Sonny Gray. Maybe one of Jeff Hoffman and top pitching prospects Hunter Greene and Nick Lodolo find success next success? The Reds need a sense of competency from their bullpen. They have to shut the door on strong outings from the starting five.

Getting a proven closer like Jansen is a necessity for the Reds.