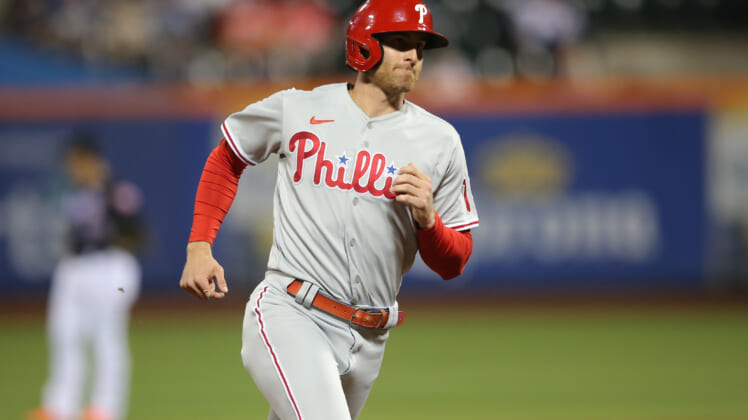 The Los Angeles Angels have made a bevy of moves on the pitching front this MLB offseason. They inked right-handed starting pitcher Noah Syndergaard to a mammoth, one-year deal, re-signed closer Raisel Iglesias and brought in left-handed reliever Aaron Loup.

Los Angeles is trying to crack the playoffs for the first time since 2014, an aim made more challenging by teams in their division like the Texas Rangers and Seattle Mariners making impactful signings of their own. There’s more work for the Angels to do, not to mention they’re at the mercy of Mike Trout, Anthony Rendon and Shohei Ohtani’s health.

Here are two players the Los Angeles Angels should sign after the MLB lockout.

On paper, the Angels have a high-octane offense. As previously alluded to, though, injuries continue to affect that aspect of their ballclub. That’s why adding a versatile infielder like Miller makes sense for the Angels.

Miller is one of MLB’s most unique players. Yes, he strikes out more than one would like. At the same time, he’s a legitimate power threat from the left side who considerably slugs and draws a lot of walks. That precise offensive skill set is few and far between.

Defensively, Miller is adept at playing first and second base while having extensive reps at shortstop under his belt. He has even started at all three outfield positions. For Miller, it’s a matter of a team committing to him. He’s an efficient hitter, highly versatile defender and a plug-and-play individual. There are a handful of different roles he could assume with the Angels.

Miller and David Fletcher have each started and are capable of playing both middle infield positions. Spring training can sort out who plays where. The other option is Miller being the first player off the bench, whether it be as a defensive switch or giving an infielder a day off.

If healthy, the Angels have a top-tier offense. At their best, Trout, Rendon and Ohtani are elite hitters. Jared Walsh is coming off a breakout season. Fletcher and Justin Upton are proven commodities. Brandon Marsh and Jo Adell are raw and therefore possess upside.

Miller is the perfect signing for the Angels’ infield rotation.

Keeping Iglesias and adding Loup are tremendous moves for the Angels’ bullpen. Signing Ottavino would cap off a highly productive free agency for Los Angeles on the pitching front.

Ottavino has put together back-to-back rough and/or inconsistent seasons. At his best and throughout the ups and downs of 2021, though, the right-hander has been a sly reliever. Ottavino posts strikeouts at a high rate, keeps runners off the basepaths within reason and has at times been overwhelming. He throws a deceiving, long-ranging slider while mixing in a sinker and four seamer.

The Angels are banking on Syndergaard regaining his old form and a handful of pitchers either building on encouraging seasons (Patrick Sandoval and Jose Suarez) or getting back on track (Griffin Canning and Jaime Barria). All the while, Ohtani has to remain an efficient, strikeout pitcher.

Objectively speaking, the Angels have to hope for Syndergaard to merit his $21 million salary in performance, one of Sandoval and Suarez being a sturdy force and one of Canning and Barria reversing course on a rough 2021. Maybe top pitching prospect Reid Detmers gives the Angels something to think about? 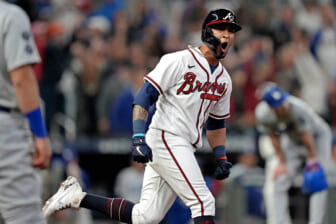 One way or another, the Angels need either their rotation or bullpen to be a sturdy, well-oiled machine. There’s a better chance of their bullpen being such a unit based on the uncertainty that exists in the rotation. Iglesias is an excellent closer. Loup posted an 0.95 ERA across 56.2 innings with the New York Mets last season. Mike Mayers and Austin Warren were respectable forces last season.

Whichever one of the team’s young starters that doesn’t crack the rotation can be a long reliever or at least part of the relief bunch. Ottavino has been a superb backend reliever. He’s worth the Angels’ time. If Ottavino recaptures his wonder of the past, it makes the bullpen a much-needed reliable unit.