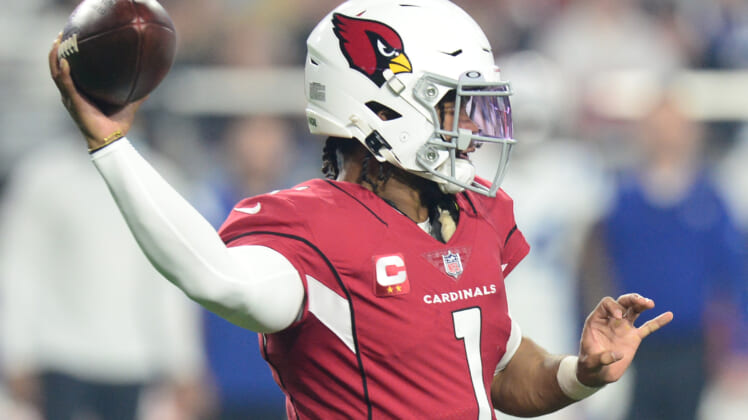 The Arizona Cardinals and quarterback Kyler Murray have experienced a turbulent offseason with both sides using social media and news coverage to take shots at one another. Despite the tension at times, it might all end favorably for everyone.

Murray kicked things off this spring by removing references to the Cardinals off his social media. Shortly after, anonymous reports from inside Arizona’s organization suggested the Pro Bowl quarterback was ‘self-centered and immature.’

For a moment, cooler heads prevailed. But Murray’s agent later released a letter stating the young signal-caller needed a new contract if he was going to play another snap in Arizona.

Related: Kyler Murray ‘not eager’ to play on rookie contract

Arizona should feel pretty confident about signing Murray to a contract extension. Unlike Lamar Jackson. Murray wants to sign a contract as soon as possible. Given the Cardinals are also interested in resolving the dispute this summer, that bodes well for positive dialogue.

There is a risk here that would raise the possibility for things to take a turn. If Keim keeps using the two years of contractual control as leverage, this situation could get ugly. Murray could hold out this summer, putting up with the fines, possibly even giving some consideration to sitting out regular-season games.

While that outcome seems unlikely, the young quarterback has made it clear he is willing to apply public pressure and create headlines to make a point. Even leaking that he might be open to sitting out games could be part of a strategy for contract negotiations to generate leverage over the Cardinals.

Ultimately, this should end with both sides getting what they want. Murray will become one of the highest-paid quarterbacks in the NFL and Arizona keeps its face of the franchise happy.