Aaron Rodgers to be activated from COVID list, face Seahawks

Green Bay Packers quarterback Aaron Rodgers is set to be activated from the reserve/COVID-19 list on Saturday and start against the Seattle Seahawks on Sunday, multiple outlets reported.

ESPN said Rodgers, who tested positive for the virus on Nov. 3, is asymptomatic and has met the return-to-play protocols. He missed the Packers’ 13-7 loss to the Kansas City Chiefs last Sunday.

Jordan Love made his first career start in place of Rodgers and struggled, completing 19 of 34 pass attempts for 190 yards with a touchdown and interception.

Coach Matt LaFleur said throughout the week that Rodgers would start if he met the protocols. 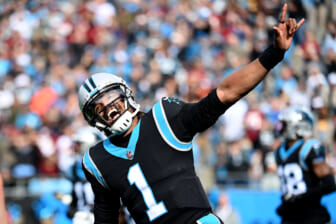 On Sunday, Rodgers will go head to head with another Super Bowl-winning quarterback, Russell Wilson, in Green Bay.

Wilson is set to return from injured reserve after sustaining a ruptured tendon in the middle finger of his right hand, which happened when he slammed it against the helmet of Los Angeles Rams defensive tackle Aaron Donald on Oct. 7. Doctors cleared him to play earlier this week.

Wilson had started 149 consecutive games for the Seahawks (3-5) before the injury. The seven-time Pro Bowl selection has completed 72.0 percent of his passes this year for 1,196 yards with 10 touchdowns and one interception in five games.

Rodgers, the reigning league MVP, has thrown for 1,894 yards with 17 touchdowns and three interceptions in eight games this season for the Packers (7-2).