Our week 16 NFL Start ‘Em Sit ‘Em fantasy football advice is here. Who should I start? Who should I sit? We have some answers below, for some players who have awesome matchups, and some who should be riding the bench in Week 16.

Don’t look now, but Goff has been performing pretty decently as a fantasy quarterback, and he is a start ’em in Week 16 for an upcoming clash in Atlanta. The Falcons are marshmallow soft when it comes to defending opposing quarterbacks, and have yielded the second-most fantasy points to the position. Ride the Goff wave while he’s hot!

Also hot at quarterback is Mills, who is a start in Week 16 playing the Los Angeles Chargers. Mills could continue to rack up a fair amount of fantasy points facing a defense that last allowed Patrick Mahomes to throw for 410 yards and three touchdowns. These are inflated stats considering we are talking about Mahomes, but Mills’ 540 passing yards and three touchdowns managed over his last two games keep him in the starting discussion.

Robinson is the fantasy football start of Week 16 going up against that non-existent New York Jets run defense. On the season, the Jets have given away the most running back fantasy points and they last let Miami’s Duke Johnson — in only his second game playing this season — rush for 107 yards and two touchdowns. Robinson stands to be the top-scoring fantasy running back in Week 16.

Start Brown when he makes his debut back to Tampa Bay just when Tom Brady needs him most. The Bucs are minus Mike Evans and Chris Godwin (ACL injury) for their upcoming game against the Panthers. So, look for a feisty-mad Brady who was last shut out by the Saints to come to play with a vengeance when Brown should have a very productive fantasy game in Week 16.

Those who started Chase in fantasy playoffs were less than amused by his one catch for three yards against Denver on Sunday. Gross. However, start Chase in Week 16 and expect a rebound in fantasy points when the Bengals host the Ravens. The last time Chase played against Baltimore, he recorded 201 yards and one TD. The Bengals are going to need to get Chase the ball a lot more to stay atop of the AFC North this weekend.

Tannehill has been an atrocious fantasy quarterback over his last three games, returning only three touchdowns versus two interceptions, and three fumbles, making him a sit in Week 16. We simply cannot trust a quarterback who has not thrown for more than 191 yards over those three games playing the 49ers next on the schedule. To date, the 49ers have allowed the sixth-fewest passing yards all year.

Despite Roethlisberger moving into fifth-place in all-time NFL passing yards, his fantasy performance was lame. He threw for only 148 yards and zero passing touchdowns against the Titans, which is pretty puzzling considering the Titans had yielded the sixth-most QB fantasy points up to this point.

Nevertheless, this makes Roethlisberger a big sit in Week 16 next playing in Kansas City. The Chiefs’ defense over its last seven games has allowed only 226 passing yards per outing on top of it sporting a 9-9 TD-INT ratio in this stretch. Big Ben has no business being in anyone’s fantasy lineup in Week 16.

Hurts is a sit ’em quarterback in Week 16 heading into a divisional showdown against the New York Giants. The Giants’ defense in its last four games has given up only 206.8 passing yards on average as well as just three rushing touchdowns. This matchup does not bode well for Hurts or running back, Miles Sanders.

Sit Hill in Week 16 when the Saints host the Miami Dolphins. Miami’s defense is no cakewalk to get around and over the last six games, the Dolphins have allowed only 184.7 passing yards per game on average. This comes along with them giving up only three passing touchdowns and snagging eight interceptions in this stretch. Hill looked miserable in his last game and the misery looks to continue in Week 16.

In this same clash, Gaskin is a sit for Week 16 facing the Saints. To date, the Saints have yielded the least amount of running back fantasy points while allowing only eight RB touchdowns all year. With Duke Johnson entering the scene, both backs could struggle to deliver notable fantasy points.

Both Edmonds and Conner make for sits in Week 16 for those who have better RB options. The Cardinals next play the Indianapolis Colts whose defense has given up the fifth-fewest fantasy points to running backs. Splitting the backfield and playing a tough defense could force both running backs to come up short in Week 16. 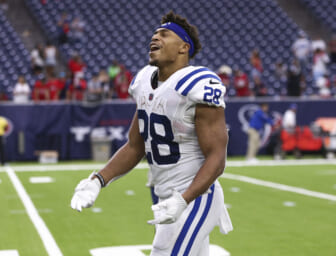 Jacobs is another running back who could disappoint in Week 16 when the Raiders play the Broncos. The Broncos’ defense has allowed only two rushing touchdowns in its last eight games. And, it last bottled up Bengals stud running back Joe Mixon who was contained to just 58 rushing yards in Week 15.

Since returning in Week 13, Cooper’s fantasy stats have been sad. He has scored only once over his last three games and 51 yards is the most he has managed in this stretch. He and Dak Prescott are both off, making Cooper a sketchy start in Week 16, even facing a softer Washington defense. If you must start Cooper, do not expect an overabundance of fantasy points.