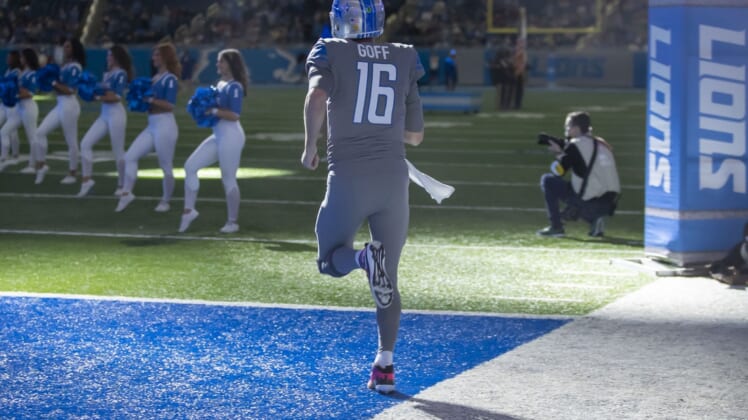 Detroit Lions quarterback Jared Goff called in sick Wednesday and is one of at least five players dealing with flu-like symptoms.

Speaking to reporters via Zoom from his home, Goff said that he’s already feeling better.

The Lions (1-10-1) won for the first time this season last Sunday behind a three-touchdown game from Goff to beat the Minnesota Vikings. The performance earned the 27-year-old NFC Offensive Player of the Week honors.

In two games since his return from an oblique injury, Goff has a completion percentage near 70 with 467 passing yards and five touchdowns.

The Lions visit the Denver Broncos (6-6) on Sunday.