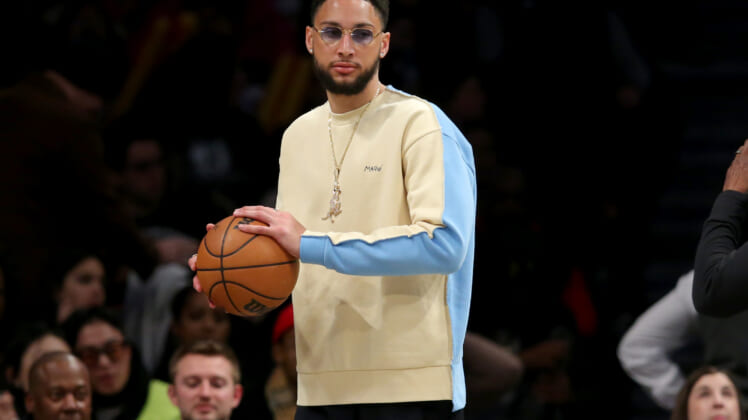 While it might seem unlikely that the Brooklyn Nets would trade Ben Simmons in the offseason, there are actually rumblings of teams around the league interested in acquiring his services. Meaning the Nets might need to seriously ponder if Simmons has more value to them long-term as part of a trade.

Unfortunately for the Nets, their big 2022 NBA trade deadline acquisition never suited up this season. Despite seeming ready to go after months of waiting, reports claimed in April that he would make his debut in Game 4 of the team’s opening-round playoff series against the Boston Celtics. However, that never happened, and instead, it was revealed the back injury that delayed his debut was still a major issue and required offseason surgery.

Simmons already developed a poor reputation around the league from the fallout of getting traded from the Philadelphia 76ers. And his start with Brooklyn has not made things any better. It certainly has to make the team wonder if they can truly rely on the three-time All-Star going forward.

If the Nets were inclined to rid themselves of the headache Simmons has become, The Athletic’s Chris Kirshner reported on Wednesday that the Atlanta Hawks are one team that might be interested in the 25-year-old.

“Several people inside the Hawks’ organization wanted Simmons at the trade deadline,” Kirshner wrote. “The price might not be as high to land him now, especially if Brooklyn decides to move on before he plays one game for the Nets.”

Assuming Brooklyn explored the idea of building their 2022-2023 roster around Kevin Durant and Kyrie Irving, instead of a three-headed monster with Simmons, let’s take a look at four possible trade scenarios for the talented point guard.

Atlanta Hawks give up team anchors to get Ben Simmons

Since the Hawks are a team that has long had an interest in Simmons, let’s take a look at what a trade between the two teams might look like. Obviously, the Hawks are not going to trade Trae Young, however, they do have two players to put in a swap that might actually be a better fit for Brooklyn than Simmons. 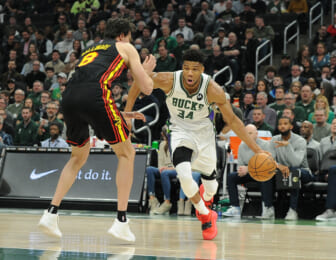 In a possible deal, the Hawks could send over both Clint Capela and sharpshooter Bogdan Bogdanovic. They have both been anchors for Atlanta the last two seasons, but clearly, this group has reached their peak. Capela would bring a tough and rugged rip protector Brooklyn desperately needs, while Bogdanovic has a catch and shoot style that blends well with the ball-dominant creativity of Durant and Irving.

For the Hawks, a Young and Simmons combo could be the building blocks for a long-term contender.

Ben Simmons would love to bed traded to a Western Conference team so he could conveniently need a maintenance day when it comes time to play in Philadelphia. All jokes aside, the Western Conference offers an interesting trade partner in the Minnesota Timberwolves. 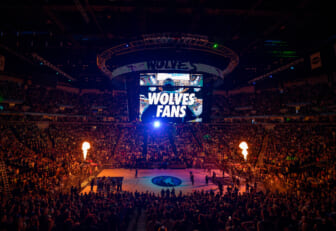 The Wolves could send the Nets D’Angelo Russell and the 19th pick in the 2022 NBA draft. It gives Brooklyn a talented scorer and perfect third option behind the big two, and a second pick in the first round so the team can finally build something for their future. In return, Minnesota forms a mercurial but ultra-talented big three of Karl-Anthony Towns, Anthony Edwards, and Simmons. That looks very good.

Sacramento Kings give up Sabonis for Simmons

Even though the Sacramento Kings traded for Domantas Sabonis this past season and have high hopes for a combination with De’Aaron Fox under new head coach Mike Brown, he would be a perfect chip in a trade to Brooklyn. The Kings could send Sabonis, Justin Holiday, and Maurice Harkless to make the money match and the 7th pick in a draft for Simmons. 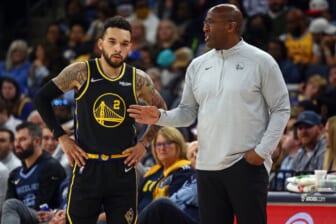 Fox and Simmons could be a balanced and dynamic backcourt that helps bring Sac-Town back to prominence. The Nets get a talented big to pair in the frontcourt with Durant, and a high-level pick to find a future star to develop with their current superstars.

Orlando Magic make the move to land a legitimate All-Star

The Orlando Magic have not had a legitimate, year-in and year-out All-Star caliber player in a very long time. A true star to put on marketing material and help grow the brand and get out of the Heat’s shadow in Florida. Simmons can be that, and it would be worth giving up the 2nd pick in this year’s draft to make it happen and likely be less risky.

Obviously, the Magic would not give up much more, but a deal with Brooklyn for Simmons would also feature include Wendell Carter, Jr., Terrence Ross, and Markelle Fultz to make the salaries match up. Orlando would finally get a star to build around, and Brooklyn gets a few solid contributors and the opportunity to select a player that leads them when Durant and Irving are gone.