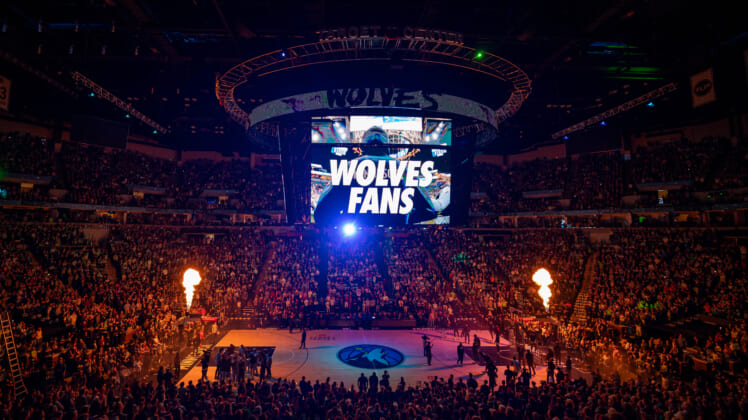 Following an exciting regular season run that led the Minnesota Timberwolves back to the playoffs for just the second time since the 2003-04 season, there’s a hunger for more.

Sure, making it to the postseason with some promising moments where it looked like the Wolf pack might be poised to make a deeper run, their season in its entirety has to be considered a major win.

Head coach Chris Finch managed to help lead the organization back to the playoffs, but as he and everyone else in the organization know, they can’t run it back with the same exact roster and hope for drastically better results for the 2022-23 season. There will be continued growth from within, thanks to expected improvement from Anthony Edwards, Jaden McDaniels and others.

But even with the leap Ant may take, the T-Wolves need more outside roster help to reach the upper echelon of the Western Conference. Here are four moves the team needs to make in order to return to the playoffs once again next season.

It’s crazy to think of, but Sachin Gupta, since becoming the interim President of Basketball Operations in September of 2021, has yet to make a trade. After all, this is the same person who is credited as being the brainchild behind the invention of the ESPN NBA Trade Machine.

At the same time, maybe in hindsight, Gupta’s decision to stand pat at the trade deadline was the right call, seeing how the team chemistry appeared to galvanize their play down the stretch heading into the playoffs.

Yet, approaching the 2022 offseason, the Wolves are expected to name a full-time GM, in which Gupta is sure to receive serious consideration. If you ask Coach Finch, Gupta should be promoted for the role, and many associated with the Wolves would yell “Howl Yeah!” in response. We’ll see if the team makes the right call, giving Gupta a job he’s been waiting on since getting his start in the NBA back in 2006. He’s got my vote.

One actual roster the decision the Wolves, and possibly Gupta will have to determine is what to do with the expiring contract of 3-and-D forward Taurean Prince. Wolves players commonly referred to Prince as the “leader” of the second unit this season, he clearly made an impression on this roster and keeping the sweet-shooting two-way player around could ensure strong bench play once again in 2022-23.

Getting Prince to agree on a contract shouldn’t be overly difficult, he was appreciative of the opportunities Finch and the Wolves gave him and he clearly has a strong role with the team. For his part, Prince noted his “plans to return” to the team with a contract extension.

Playing this past season on a contract worth $13 million, returning on a Mid-Level Exception would seem to make sense for both parties. In 2021, the MLE started at $10.1 million, and the amount is likely to rise for the start of the 2022 free agency cycle. With the Timberwolves unlikely to have cap space without making a bigger trade otherwise, retaining Prince on the MLE might be necessary.

Add rebounding to the rotation

Of course we could talk about Karl-Anthony Towns and his propensity to get into foul trouble, ranking second in the NBA in fouls per game (3.6), but that’s a separate issue he needs to find a way to immediately solve over the offseason.

Instead, one of the most glaring areas of need from the roster we saw lose to the Memphis Grizzlies 4-2 in the first round NBA Playoff series was a lack of rebounding. It was a problem all season, as the Wolves ranked 25th in defensive rebounding.

Jarred Vanderbilt’s emergence as the starting power forward was one of the biggest reasons the Wolves became the most-improved team from the season prior. The Wolves finally had a plus defender who could rebound at an elite rate (20th in NBA in rebound %) next to KAT. This pairing worked wonders, but when Towns got in foul trouble or when Vando needed a breather, there was no one else to clean the glass. This is what the Wolves absolutely must fix this offseason.

Unfortunately, with the Timberwolves currently slated to be over the 2022-23 NBA salary cap, they can’t just go out and sign any free agent they want. Not without making a trade or two to clear cap space anyway.

One potential connection could lead the Wolves back to an old friend, in Kevin Love. At 33 years old, Love still rebounds with the very best in the NBA and his shooting range adds a different element V8 doesn’t currently have. On an expiring contract worth $28.9 million, Love’s salary isn’t easy to fit under the cap, but it’s not impossible if the Cleveland Cavaliers are open to a deal.

One potential trade that could make sense right off the bat is a straight swap, D’Angelo Russell to the Cavs for Kevin Love. Russell, due $31.3 million, and Love, due $28.9 million, would work on a trade machine. Yet, if the Wolves want more for Russell, him being on an expiring contract could appeal to others around the league.

To the Wolves, DLo has value but his lack of size and switchability on defense might leave the possibility open for a trade. Originally brought to the team to pair up with his pal KAT, they’ve had a full season together and clearly the duo worked, they made the playoffs, but they rarely clicked on all cylinders for long periods of time.

Russell was at a low point in the playoff series against the Grizzlies, averaging just 12 points per game. The law of averages suggests he would have bounced back had the Wolves advanced, but his ineffectiveness on the offensive end came at the worst time possible and he offers little else when his shots aren’t sinking.

Some might argue Russell’s true value is hard to measure. He routinely can be seen and heard orchestrating the offense and defense, helping players get into position while calling out the opponents sets like a 15-year vet.

His worth goes beyond the stat sheet and when he’s on, he’s on, but the issue is, for his salary, when he’s off, a $31 million payday is hard to justify. For this reason, combined with his defensive limitations, for the first time, Russell might actually be on the trade block, or at least available in trade.

As of now, Patrick Beverley stands to repeat his role as the starting point guard, Anthony Edwards is the two-guard, and Jaden McDaniels is the long-term small forward, Vanderbilt figures to continue developing his offensive game and Towns will undoubtedly be back as the center. So where does that leave Russell? Possibly out the door, saving a lot of cap space in return.

What do the Wolves need? We covered that with rebounding and maybe Russell’s contract is the perfect way to make it happen. As far as another ball-handler, the Wolves really like Jordan McLaughlin, they also have 2020 first-round pick Leandro Bolmaro, who’s likely to have a bigger role on the ball next season as well.

Their biggest positional needs, even after trading Russell would be to acquire a power forward/center, whether that’s a starter to send Vanderbilt to the bench or not depends on the trade return. In an ideal world, this player is a defensive stalwart who’s quick on his feet, while being a rebounding vacuum yet able to step out and hit a shot. It’s a big ask, but being able to dangle DLo, they just might find a trade partner.