2022 NBA Draft lottery: 5 biggest winners and losers, including the Pelicans 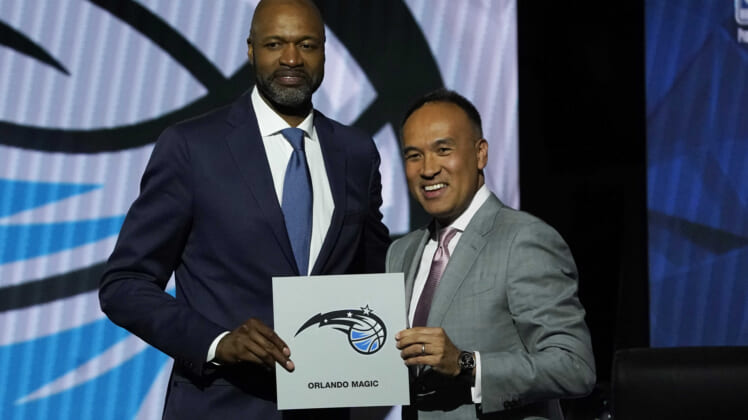 The results of the 2022 NBA Draft lottery are now official with the Orlando Magic “earning” the right to pick No. 1 overall when the annual event comes calling next month in Brooklyn.

The Oklahoma City Thunder will pick second and 12th overall after another down season for general manager Sam Presti’s squad. Meanwhile, the New Orleans Pelicans will have the eighth overall selection after earning a surprise spot in the playoffs this season. Said election comes via the Los Angeles Lakers in the Anthony Davis trade.

On the other end of the spectrum, the Portland Trail Blazers were looking for a top-five pick once the NBA Draft lottery came to a conclusion. They were bypassed by the Sacramento Kings (fourth overall) for that selection. Portland will pick seventh after a disastrous season in the Pacific Northwest.

These are among the biggest winners and losers from the 2022 NBA Draft lottery Tuesday evening. Let’s look at these and some others below.

Boasting an absurd 15 first-round picks over the next seven years, the Thunder need the lottery ping-pong balls to bounce in their favor. Here’s a team that has won all of 46 games over the past two seasons. It has two building blocks in Josh Giddey and star guard Shai Gilgeous-Alexander. Outside of that, there’s not a lot to look at here.

Okahoma City entered the NBA Draft lottery with a 24.7% chance to earn a top-two pick. In fact, its best odds were to pick sixth overall when the annual event comes calling next month. Instead, OKC will boast the second overall selection. It will enable the team to make a choice between two of the consensus top players in the draft in that of Chet Holmgren, Jabari Smith and Paolo Banchero. The Thunder also have the 12th pick in a loaded class stemming from the Paul George trade to the Los Angeles Clippers.

There’s a question to be asked here. When Los Angeles pulled off the blockbuster trade for Anthony Davis ahead of the 2019-20 season, would the team have been satisfied with just one title? Fast forward nearly three years, and that’s pretty much where the Lakers are right now.

Coming off a 49-loss season and with questions coming up regarding the future of Davis in Southern California, it’s becoming clear that the Lakers paid a huge bounty for one healthy season from the big man.

That now includes the No. 8 pick in the 2022 NBA Draft. Remember, Los Angeles yielded the likes of Brandon Ingram and Lonzo Ball in the deal, too. For his part, Ingram is coming off a 2021-22 season in which he led the Pelicans to a surprise playoff appearance. With a pick swap in 2023 and their first-round pick in 2024 also heading to the Pelicans, this trade is looking worse by the minute.

Winner: Orlando Magic can add to core group with cream of the crop

Coming off a 60-loss season, Magic head coach Jamahl Mosley was all smiles as his team earned the top pick in the draft. For good reason. Mosley will now work with general manager Jeff Weltman over the next month to see who fits in well with this young team.

What we do know is that Orlando has building blocks in that of youngsters Cole Anthony, Jalen Suggs, Franz Wagner and Wendell Carter Jr. It can go in any number of directions here, including a potential blockbuster trade down the board. In the end, adding someone like Chet Holmgren to the mix could be a franchise-altering moment for the Magic. The 2022 NBA Draft lottery results added another layer to this. 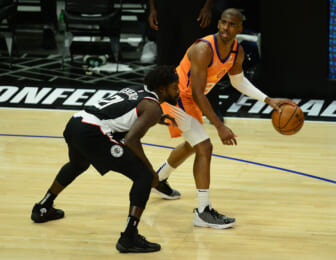 Having just recently been promoted to full-time general manager, Joe Cronin was hoping for a top-four pick in the draft. In fact, Portland had a 37.2% chance of that happening. Its odds to land the seventh pick stood at a mere 29.8%.

Unfortunately, Portland will be picking seventh as the team looks to initiate a rebuild behind star guard Damian Lillard. The Blazers are pretty much in no man’s land with this selection. Can they get an immediate-impact performer to team up with Dame outside of the top five? Will Portland look to trade said pick? These questions are a lot more prevalent now that we know the NBA Draft lottery results.

Winner: New Orleans Pelicans have a ton of options

With the eighth pick acquired from Los Angeles in the aforementioned Anthony Davis trade, front office head David Griffin can go in a number of different directions. The Pelicans are coming off a surprise playoff appearance with the recently-acquired C.J. McCollum and Brandon Ingram leading the charge. The hope is that Zion Williamson returns to full health in 2022-23, too.

Likely looking to add a point guard to the mix, there’s going to be some options with the eighth selection. That includes Kentucky’s TyTy Washington and Blake Wesley from Notre Dame. New Orleans can also use its draft assets to add a proven point guard to the mix. Perhaps, someone like Malcolm Brogdon from the Indiana Pacers makes sense. Either way, the upstart Pelicans were a clear winner of the 2022 NBA Draft lottery.