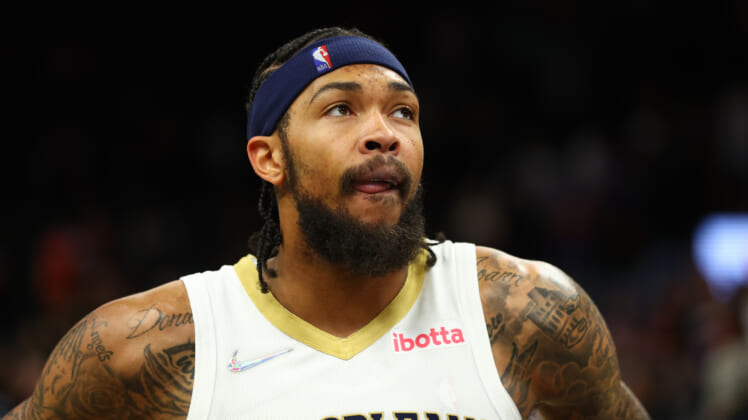 Ever since he was acquired from the Los Angeles Lakers in the blockbuster Anthony Davis trade, Brandon Ingram has been one of the most-underrated players in the NBA.

A former No. 2 pick of the Lakers out of Duke, Ingram has largely been under the radar. That’s primarily due to the Pelicans lack of relevance on the broader NBA stage since he joined the team ahead of the 2019-20 season.

Not so much anymore. As the Pelicans look to pull off the single-greatest upset in NBA Playoff history against the defending Western Conference champion Phoenix Suns, Ingram is taking on a star role. He’s also announcing his presence to fans from New Orleans all the way to the Phoenix desert.

This came up big time in Game 4 of their first-round NBA Playoff series at home against the Suns Sunday night. Ingram dropped 30 points on 11-of-23 shooting while finishing plus-18 in 36 minutes. It led to an amazing 118-103 win and a 2-2 series tie. Ingram himself electrified fans inside the New Orleans-based Smoothie King Center, too.

It’s not that Ingram wasn’t good before this playoff run. The dude averaged 23.8 points, 6.1 rebounds and 4.2 assists en route to earning his first (and only) All-Star appearance in his first season with the Pelicans back in 2019-20. Rather, it’s the stage that he’s doing this on.

Let’s talk about this for a second. New Orleans lost 46 regular-season games. It needed to win two play-in games just to make the tournament. It also needed a huge fourth quarter comeback against the Paul George-less Clippers in that last play-in to make the postseason.

On the other end, Phoenix just finished up shop on an NBA-best 64-18 regular season. Before the Devin Booker injury, this team was seen as the title favorite. Even with Booker sidelined for the foreseeable future, Phoenix’ comination and talent should be winning out against the Pelicans. Through four games, that has not happened. And in reality, Ingram is the primary reason for this.

It was back in Game 2 that Ingram announced his presence in a big way. The still-young 24-year-old wing dropped 37 points on 13-of-21 hooting in a huge win over the Suns to even the series at one. Even with the Pelicans having lost a hotly-contested Game 3 outing, Ingram scored 34 points. People are starting to take note.

“B.I. (Brandon Ingram is him. He’s that guy. I watch guys like B.I. and [CJ McCollum] and sometimes it’s like they’re playing a different sport. They’re that impressive. To them, that’s normal. Sometimes, the support characters need to uplift those guys and let them know, ‘Hey, you’re really that guy. I believe in you.'”

At this point, it does not seem like any stage is too big for Ingram. In reality, he’s been the best player on the court through four games outside of Booker’s 31-point first-half performance in Game 2 and Chris Paul’s take over at the end of Game 3.

That’s the craziest backstory to this all. Seen as a generational type player after New Orleans made him the No. 1 pick in the 2019 NBA Draft, Williamson has not played a single game this season.

Understanding full well that he had the components to make a playof run, general manager David Griffin did not shy away from being active ahead of the February 10 NBA trade deadline. Instead of standing pat and punting on the season with Williamson sidelined, Griffin pulled off a blockbuster trade for C.J. McCollum.

Since said trade, New Orleans has posted a respectable 18-15 record. However, it’s becoming pretty darn clear that the Ingram-McCollum pairing is meshing at the exact right time.

McCollum and Ingram met shortly after the former Portland Trail Blazers star was acquired in February. The idea was to keep a line of communication open and focus on how the two might pair with one another. Said meeting took place with the stars enjoying oysters, french fries, sorbet and a bottle of wine.

It seems to have worked out big time for a Pelicans squad that had struggled to remain relevant since moving off the aforementioned AD for a package centered around Ingram.

Whether the Pelicans find a way to pull off the greatest upset in NBA Playoff history remains to be seen. What we do know is that Brandon Ingram has given this franchise and its otherwise disinterested city reason for hope. In the process, he’s taken over for Zion as the face of this organization while enter superstardom.