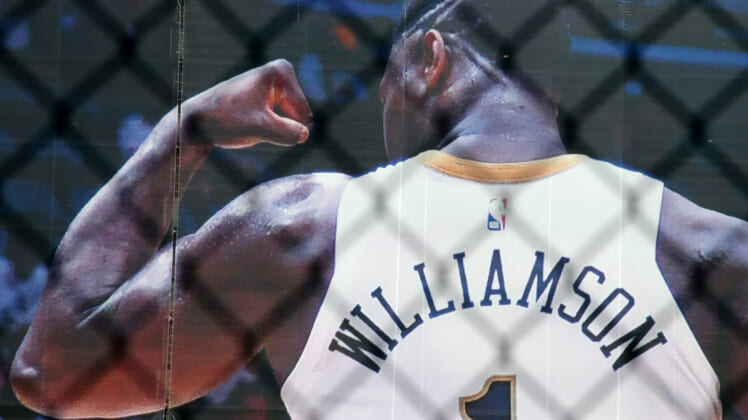 Is Zion Williamson ready to return from his foot injury? When can Williamson make his return to an NBA court? You may get different answers, depending on who you ask, whether it’s the New Orleans Pelicans or Zion himself, they can’t seem to provide a straight answer that everyone can agree on. What’s new?

Williamson could recently be seen throwing down 360 dunks in pre-game workouts, which indicates his foot is just fine. To have the confidence to explode off his foot and then to land back on that same foot, well he must be feeling good, or he wouldn’t attempt such a move. And just because we first saw it in pre-game warmups doesn’t mean it was the first time he tried, it’s simply our first physical proof. Williamson has likely been doing this for weeks.

Yet, according to Andrew Lopez of ESPN, the Pelicans and Williamson can’t agree on whether he’s healthy enough to make his return.

So why have we not seen Williamson take the floor yet? Is it because Williamson doesn’t feel he’s ready, or are the Pelicans treating him like a fragile piece of glass that has yet to fully cure?

You already have your answer. Williamson himself was dunking. It’s not like the Pelicans’ team doctors coerced the big man to get off the bench and go try acrobatic high-flying slam dunks. If he didn’t think he was ready to play, he wouldn’t be dunking, or at least not like that.

Instead, the Pelicans are likely slow-playing the Zion injury situation in an effort to make sure their franchise player is 100% healthy and ready to go by the start of the 2022-23 NBA season. Or of course, there’s always the possibility of an offseason trade, in which it won’t do them any good if Williamson suffers yet another setback.

If the Pels make it past their play-in game, maybe we see Williamson make his debut at some point during the first round of the playoffs. If not, maybe we don’t see the thunderous throwdowns at all this year. Which as it sounds, isn’t what Williamson would agree with, but it’s not his decision to make.