The New Year has gotten off to a tremendous start for the New York Giants as they defeated the Indianapolis Colts 38-10 and earned their first playoff berth since 2016.

Few people outside of the organization gave this team a chance to make the playoffs at the beginning of the season. But thanks to the guidance of first-year head coach Brian Daboll, New York is back in the playoffs, and Sunday was their finest performance of the season.

Not only was this the first time they scored 30 points and their largest margin of victory, but it was also the first time since Eli Manning’s final game in 2019, that the team scored more than 35 at home.

Related: NFL offense rankings – Who has the best NFL offenses heading into Week 18?

The Giants were solid in all three phases of the game, and if they continue to play like this they’ll be a legit threat in the playoffs. With another big win in the bag, we take a look at four of the winners and losers in the New York Giants’ thrashing of the Colts in Week 17.

There shouldn’t be any more doubts about whether or not Daniel Jones can be a capable starting quarterback in this league. He’s played at a high level all year without the benefit of having a true number-one receiver, and Sunday may have been his best game all season.

He finished the game completing 19 out of 24 passes for 177 yards with two touchdowns, and had a quarterback rating of 125.2. He was also the team’s leading rusher on the afternoon as he gained 91 yards on 11 carries, and reached the endzone twice. 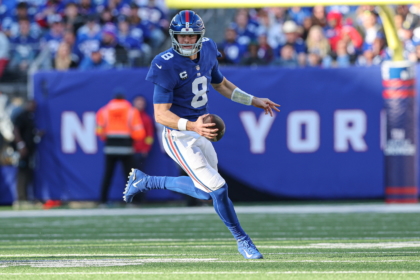 Also Read:
Daniel Jones’ Week 17 performance will force the Giants to pay him big money in the offseason

In the fourth quarter, Daboll pulled his starting quarterback so that he could receive a standing ovation from the crowd. Based on the praise that he’s received from his head coach, it seems like only a matter of time before Jones gets rewarded with a new long-term contract.

After leaving New York via free agency following the 2018 season, Landon Collins’ career went on a downward spiral due to injuries and inconsistent play. When the New York Giants signed him to their practice squad in October, not much was expected from the 28-year-old former safety that has since been converted into a linebacker.

He was active in New York’s previous two games, but Sunday he finally made a huge impact. With his team up 14-3 and the Colts facing a 3rd and 11 from their own 46-yard line, Collins picked off Nick Foles and raced down the left sideline for a 52-yard interception return for a touchdown. His TD ended the competitive phase of the game.

Collins would also tally four tackles and a pass defended on the day, showing that there’s still plenty of football left in the former Pro Bowler.

Everyone was scratching their heads when Saturday was named the Colts’ interim head coach in November. With the exception of winning his first game 25-20 against the Las Vegas Raiders, Saturday was the latest installment in what has been a disastrous tenure.

The Colts have lost six games in a row, and have now been outscored in the last 11 quarters 97-16. Coming into this game, the New York Giants’ largest margin of victory this season was eight points. After what transpired on Sunday afternoon, and over the past month and a half, it’s hard to envision Colts owner Jim Irsay allowing Saturday to return as coach next season.

Nobody would have predicted that Richie James would have a significant role in New York’s offense, let alone be the team’s leading receiver in any week. But that’s where we stand after Week 17.

Against the Colts, James was Daniel Jones’ most reliable receiver catching all seven of his targets for a game-high 76 receiving yards and scoring the Giants’ first touchdown. 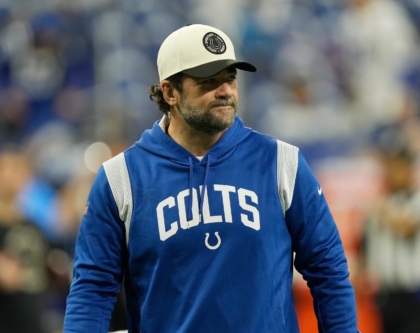 James received criticism earlier in the season for his fumbles against the Seahawks and his drops against the Vikings. But he showed again on Sunday that he has done far more good than bad to the team this year.