NFL insider unsure if Tom Brady will play in 2023 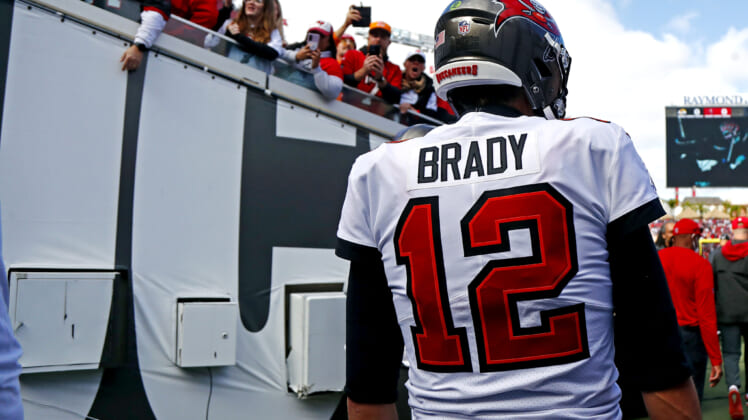 Tampa Bay Buccaneers starting quarterback Tom Brady is returning for the 2022 NFL season after just a few weeks of retirement. While the future Hall of Famer will be on the field this year, there is still uncertainty about his long-term status.

Brady’s comeback didn’t come as a surprise considering he finished as runner-up for NFL MVP. Tampa Bay will contend for the Super Bowl once again now that Brady is back and much of the talent supporting one of the best rosters in the NFL returns.

The upcoming season will also provide the seven-time Super Bowl champion with the opportunity to fulfill one of his longtime goals, playing quarterback in the NFL during his age-45 season. It’s evident he could likely play further beyond that, but it seems there is a real shot this could be a final run for the greatest football player ever.

As part of his weekly NFL mailbag, Sports Illustrated’s Albert Breer addressed Brady’s long-term future. While the league insider didn’t definitely lean one way or the other, there are hints that retirement is very possible.

“Will he play then? I don’t know that it’s very likely. I just know only a moron would rule it out. Hell, I think Brady himself would say that.”

Any definitive ruling on Brady would be premature. Even if someone was extremely confident the upcoming season would represent Brady’s version of “The Last Dance”, recent history makes it clear that Brady can change his mind at any moment.

Set to become a free agent next spring, Brady will get his dream scenario. He can either retire or listen to offers from quarterback-needy teams, finding the best possible landing spot to compete for another Super Bowl.