The 2017 NFL Draft is a thing of the past which leads us to discuss some early, bold predictions for the upcoming season.

Some rookies will immediately impact their teams and might surprise with some jaw-dropping stats. Just look at what Dallas Cowboys rookies Dak Prescott and Ezekiel Elliott accomplished last year. Nobody would have predicted that Prescott would proceed to earn Offensive Rookie of the Year honors.

Cowboys wanted Paxton Lynch in Round 1

Got leaped by Raiders in Round 4 for Connor Cook

Settled on Dak Prescott in Round 4

Furthermore, new additions are bound to affect the performances of some veterans teetering on the brink of extinction. On the other side of the same coin, we have a few older running backs past the age of 30 looking to stand out against this year’s rookie class.

With that, we proudly present the following bold predictions for the 2017 NFL season.

McCaffrey has a lot of college mileage on his legs. But he should be fully prepared for whatever the Carolina Panthers dish out his way in 2017.

During his three seasons at Stanford, the All-American averaged 2,329 total yards per year. That’s unbelievable. This is taking into account all of the yards gained on rushes, receptions. kick and punt returns.

Cam Newton running to the airport to pick up Christian McCaffrey pic.twitter.com/nqFA0AKv7P

When he is not running the ball, McCaffrey will aid Newton in the passing game. Furthermore, should the 2015 AP Player of the Year dabble in kick and punt returns, watch out.

We predict 1,800 total yards for McCaffrey. This calculation is loosly based on Arizona Cardinals running back David Johnson, who tallied 1,744 all-purpose yards in his rookie year. 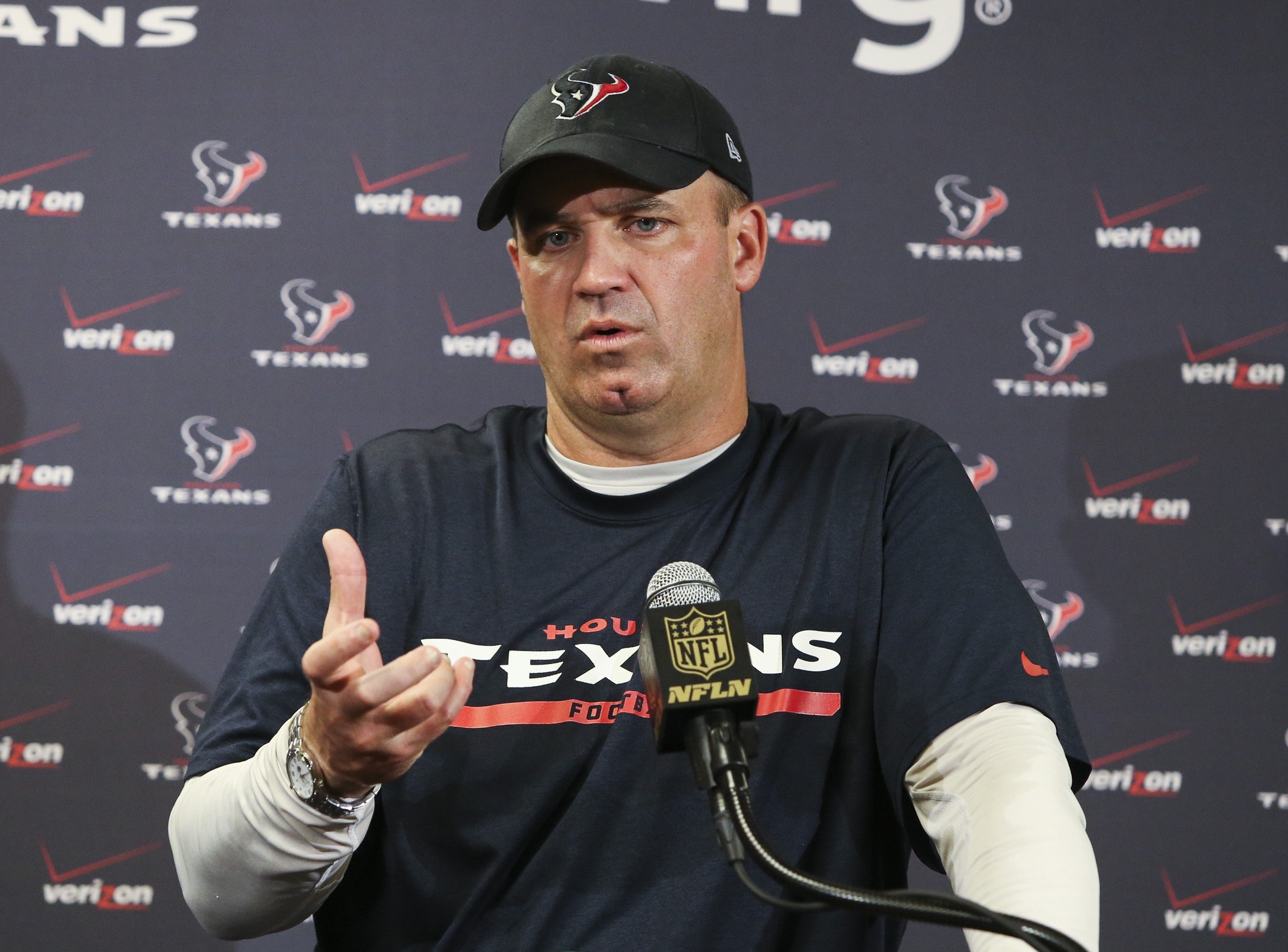 When will the quarterback situation in Houston ever iron itself out? We are predicting it won’t be this year.

The Texans surprisingly moved up in the 2017 draft to select Deshaun Watson at No. 12 overall. This does not say much about the confidence the Texans have for Tom Savage, despite what they are saying publicly. And rightfully so. After all, Savage has only completed 56-of-92 passes between 2014 and 2016.

Then, there is veteran backup Brandon Weeden. He has played in just two games with the Texans but could be a factor.

The Texans were extremely fortunate to make the playoffs in 2015-16 with a myriad of quarterbacks under center, including free agency bust, Brock Osweiler.

This year we could see one, two or even all three of the team’s quarterbacks in the rotation. If this is the case, what are the Texans’ chances of getting lucky a third year in a row? 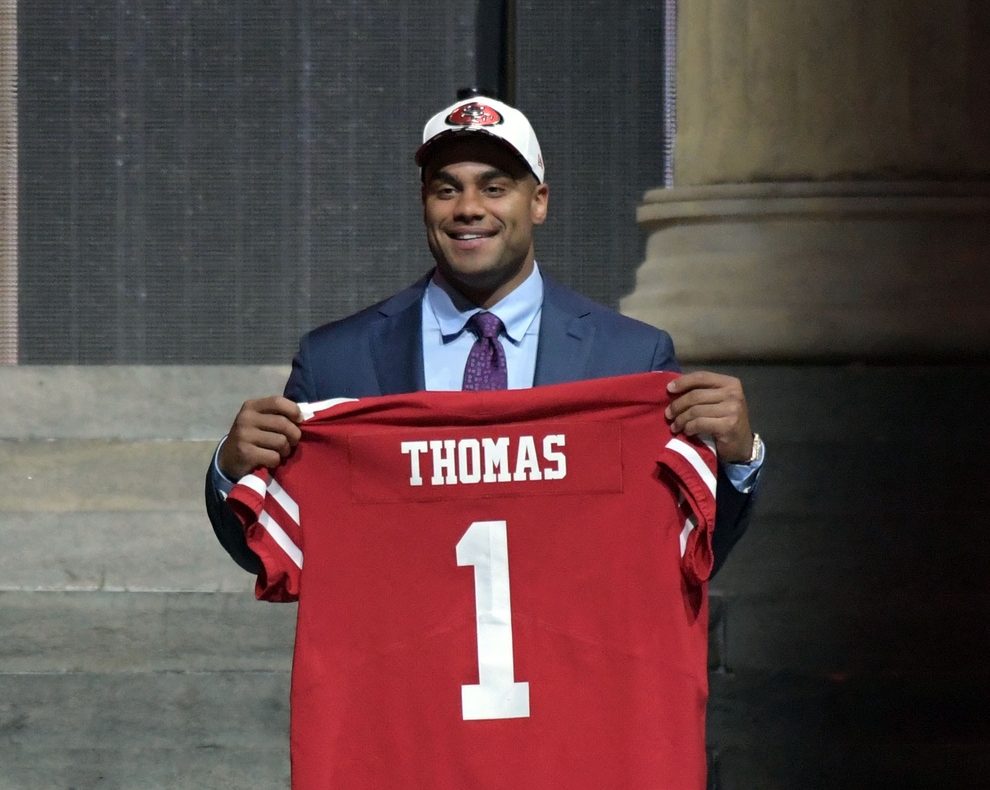 The Cleveland Browns did the right thing when they passed up a quarterback with pick No. 1 and selected Texas A&M’s defensive end Garrett.

Thank goodness. Garrett was responsible 8.5 sacks in his 10 games in 2016. He tallied a total of 31 sacks during the last three seasons. He makes an excellent addition to a Browns’ defense that managed a lowly 26 sacks in 2016.

But will he be the rookie pass rusher that leads in this stat?

Nope. We are predicting that San Francisco 49ers first-round pick, defensive end Solomon Thomas, bests Garrett in sacks. Thomas tallied 8.5 sacks during his final year at Stanford and joins a mighty 49ers front seven that should put him into some sweet one-on-one matchups he’ll win.

Keep in mind that NFC West quarterbacks Russell Wilson and Carson Palmer were sacked a total of 81 times in 2016.

Something fishy is going on when it comes to the Chicago Bears and their quarterbacks. The team signed Glennon in free agency and gave him a guaranteed $18.5 million after cutting Jay Cutler.

But nearly in the same breath weeks later, the Bears traded an obscene number of draft picks to secure Mitch Trubisky second overall. Glennon witnessed this first hand as an invite to the Bears’ draft party.

No one was likely more horrified than Glennon himself. Supposedly the Bears brass informed him of their decision ahead of time. Glennon said however, that he felt like he had been cheated on.

The Bears have since committed to Glennon as the starter while the North Carolina product develops. All he will need to do in training camp is out-practice Trubisky and veteran Mark Sanchez.

Simply stated, despite the fact Chicago will almost certainly lose more games than they win and will feel pressure to play Trubisky, we forecast that Glennon keeps his starting job and finishes the season under center. 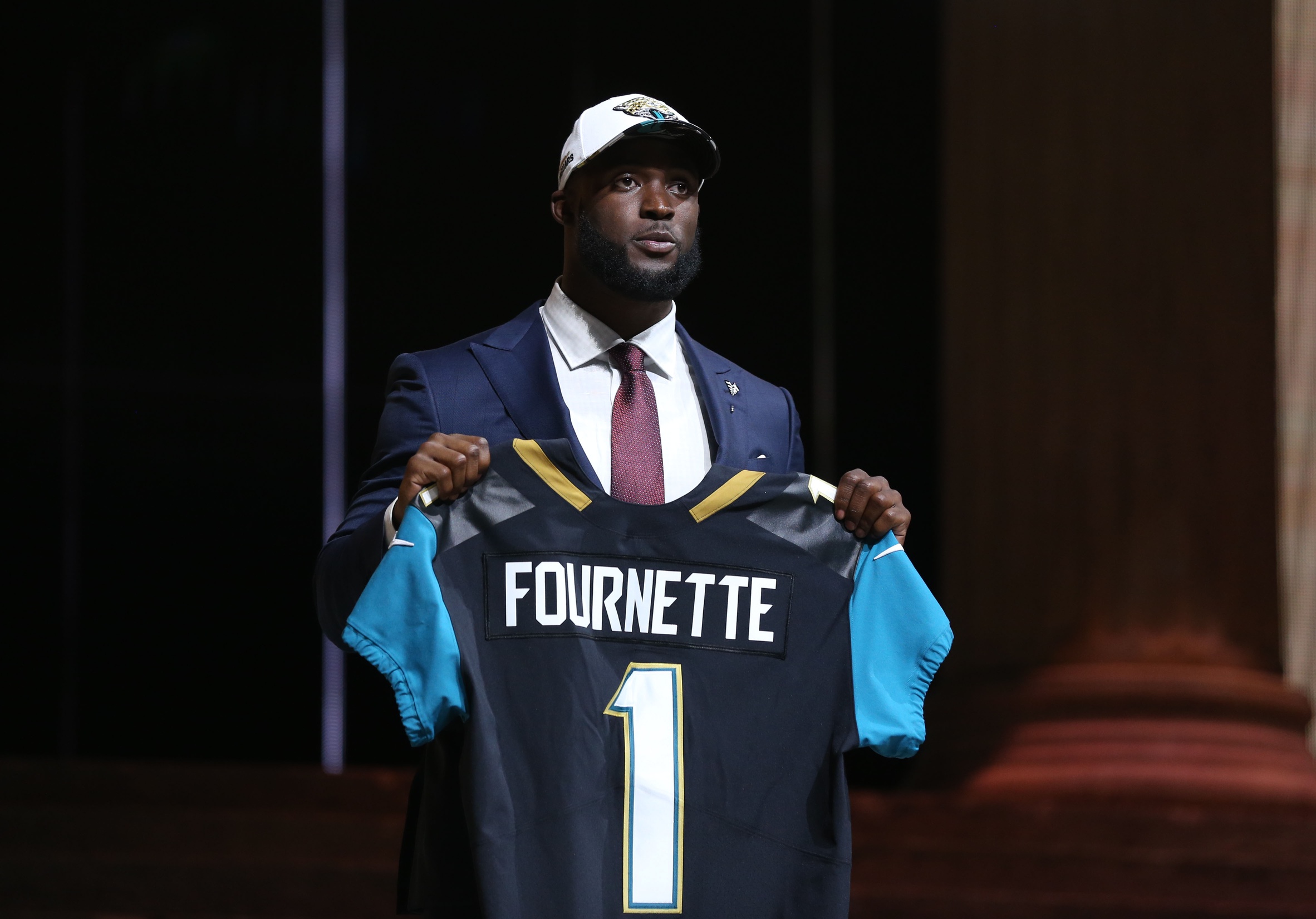 The era of the running back seems to have been rekindled. Fournette was the first one of two selected in the top eight in Round 1, falling off the draft board at No. 4.

The Jacksonville Jaguars are the very lucky recipients. This is huge for quarterback Blake Bortles, who finds himself throwing the football far more than he should. Last year Bortles attempted a ridiculous 625 pass attempts only to complete 58.9 percent of them. His touchdown production decreased and his interceptions increased.

Fournette should come to the rescue in a major way for the team’s unbalanced offense. The Jags’ rushing offense failed miserably under the duo of T.J. Yeldon and Chris Ivory when only 904 rushing yards and four touchdowns were accomplished.

Fournette has the ability, based on his college stats, to do what Dallas Cowboys’ Elliott managed in his rookie year. General manager David Caldwell said taking him at No. 4 was a “win now” move. They’re going to use him, and use him a lot.

Would something to the tune of 1,500-plus rushing yards and 14 touchdowns be that unrealistic?

Tennessee quarterback Marcus Mariota’s stock for 2017 just got a major bump. He gets to throw passes to the 2016 MAC Offensive Player of the Year. Fresh from Western Michigan, Davis scored 19 touchdowns in 2016. He also accomplished 97 receptions for a total of 1,500 yards.

This is how one rows a boat. RT @Joe_Buettner Corey Davis with the ridiculous touchdown reception. #RowTheBoat pic.twitter.com/IBeQbbYxNS

During his four years with the Broncos, Davis scored 52 times. It’s no shocker that the Titans already have Davis him penciled in as their top receiver opposite Rishard Matthews. We will now get to see Davis outscore his fellow receivers and even tight end Delanie Walker this fall.

But we are also boldly predicting that he scores more touchdowns than any other receiver in the AFC South. Keep in mind that he’s playing in the same division as DeAndre Hopkins, T.Y. Hilton and Allen Robinson, who combined for just 16 scores in 2016. 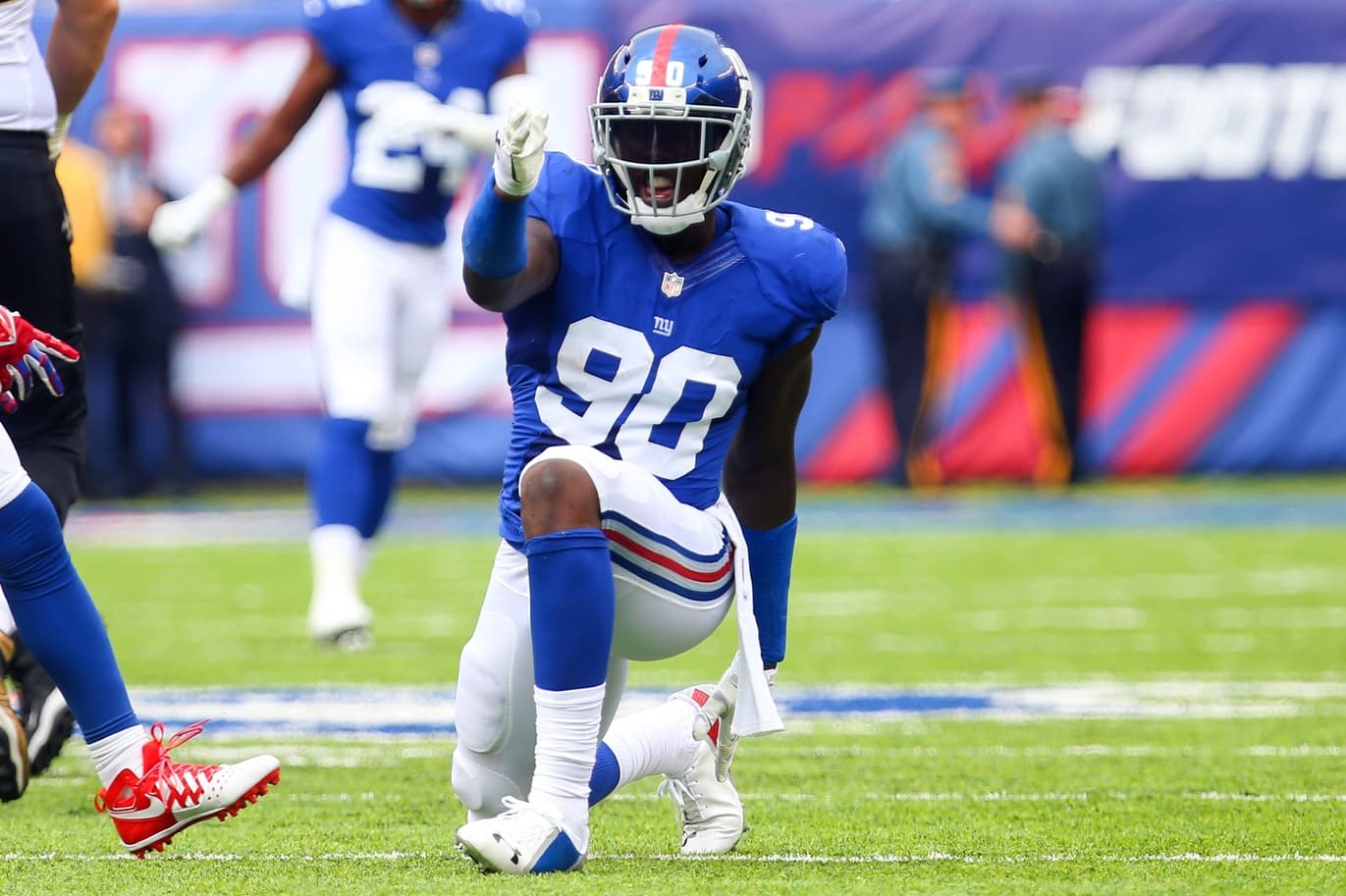 The Giants defense made great strides last season and finished 10th overall. This was following a terrible 2015 campaign that saw the G-Men ranked dead last.

Talk about a major improvement. Now for 2017, No. 1 is the ultimate goal according to safety Landon Collins.

"The ultimate goal is to have the top ranked defense in the NFL this season." – @TheHumble_21

Collins’ defense just added his former Alabama teammate, defensive tackle Dalvin Tomlinson. He joins a defense that ranked third in total tackles and gave up a mere 18.3 points on average per game.

Who is to say that a defense featuring heavy hitters such as tackle Damon Harrison, defensive ends Jason Pierre-Paul and Olivier Vernon as well defensive backs Antonio Rodgers-Cromartie and Eli Apple won’t continue on the rise?

If all the key players can stay healthy, Collins’ wish to be No. 1 in 2017 easily could come true.

8. Only one quarterback will start for the Browns all season 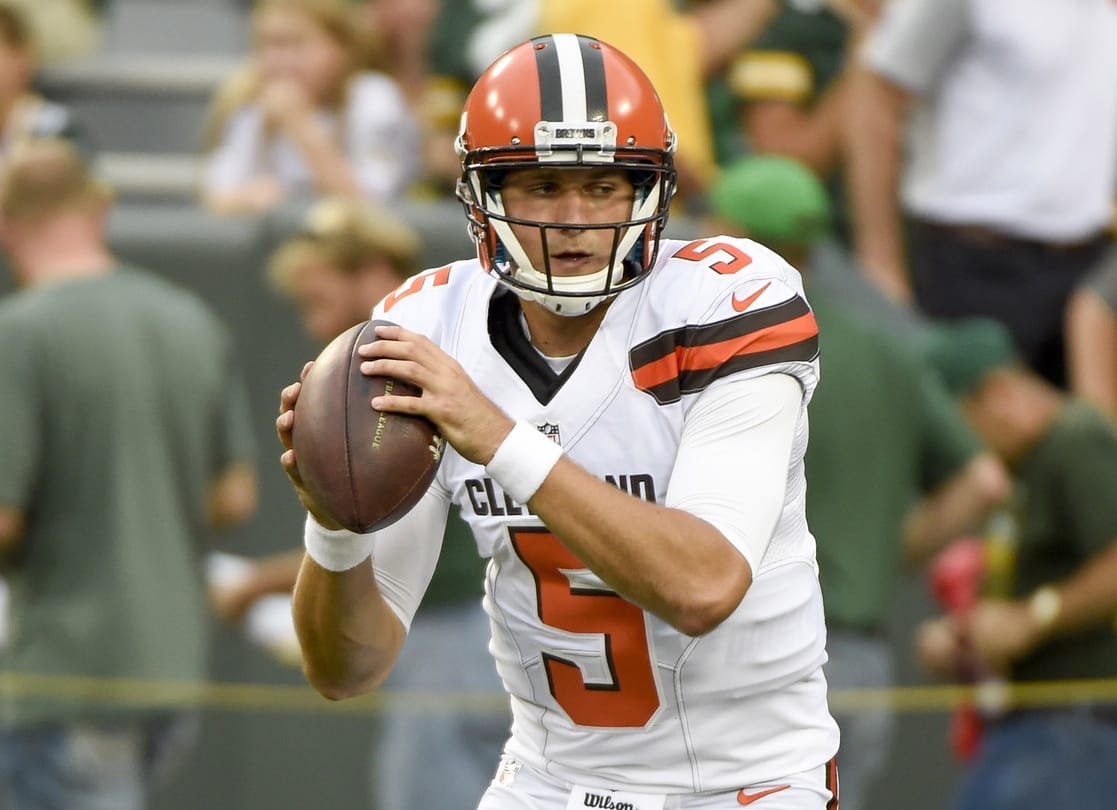 That would be the ultimate of goals for the Cleveland Browns in 2017. Heck, it has been the ultimate goal since 2002. Tim Couch was the last quarterback to start in all 16 games, and that was in 2001.

Fans likely don’t care if they see Mickey Mouse at quarterback, as long as they see the same guy under center, hopefully winning some games in 2017. That guy right now looks to be second-year quarterback Cody Kessler, who will open the season as the starter according to Michael Silver of NFL.com.

Beyond Kessler is Kevin Hogan, Brock Osweiler, acquired in a trade and rookie DeShone Kizer out of Notre Dame. The team is currently being cautious about not wanting to rush Kizer into the starting role until he is ready. And we all witnessed Osweiler self-implode last year.

The safe move is to stick with Kessler and resist the temptation to rotate quarterbacks. When is the last time the quarterbacks’ shuffle actually worked? We don’t remember either.

Provided Kessler can stay healthy, we boldly predict he starts all year. 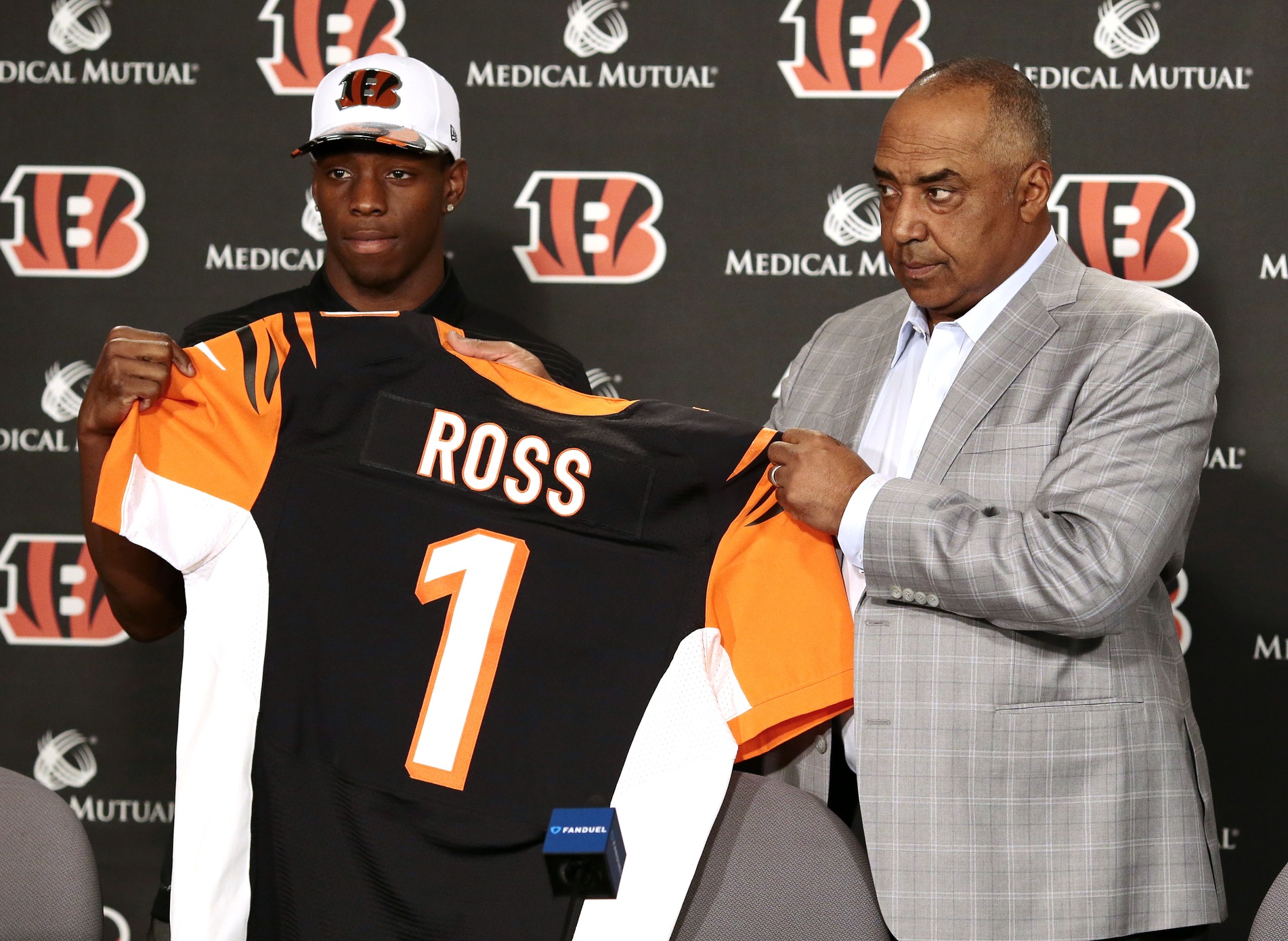 Each season, there is typically a surprise standout wide receiver tandem that delivers a powerful one-two punch.

How cool would it be to see Ross team up with six-time Pro Bowler Green and topple the 2,000-yard receiving mark with authority? Perhaps high double-digit touchdowns will be on tap as well.

Quarterback Andy Dalton is a lucky man, here. Ross used that top combine speed to put up 18 touchdowns from scrimmage, No. 1 in the Pac-12 last year. Green, when healthy is one of the most dynamic receivers in the league.

This duo could legitimately be the best in 2017.

After quite a lengthy process, Lynch got his wish to become an Oakland Raider. So what type of season will Lynch have? Can he top the 1,000-yard rushing mark and make his way into the top 10?

It would take a lot of blood, sweat and tears for Lynch to accomplish top-10 stats in 2017. This might be especially difficult considering this year’s rookie running backs. A total of 27 backs were selected in the draft including standouts Fournette and McCaffrey, who we already covered.

Lynch, at 31, will be competing with some really fresh legs after a year away, but the odds are clearly stacked against him.

Still, there is something to like about this. He will not play second fiddle at his position, unlike fellow veteran running backs Adrian Peterson, now with the New Orleans Saints, and new Denver Broncos running back Jamaal Charles. Each has notable competition on their rosters.

If any of these three earns a top 10 spot, it is Lynch.