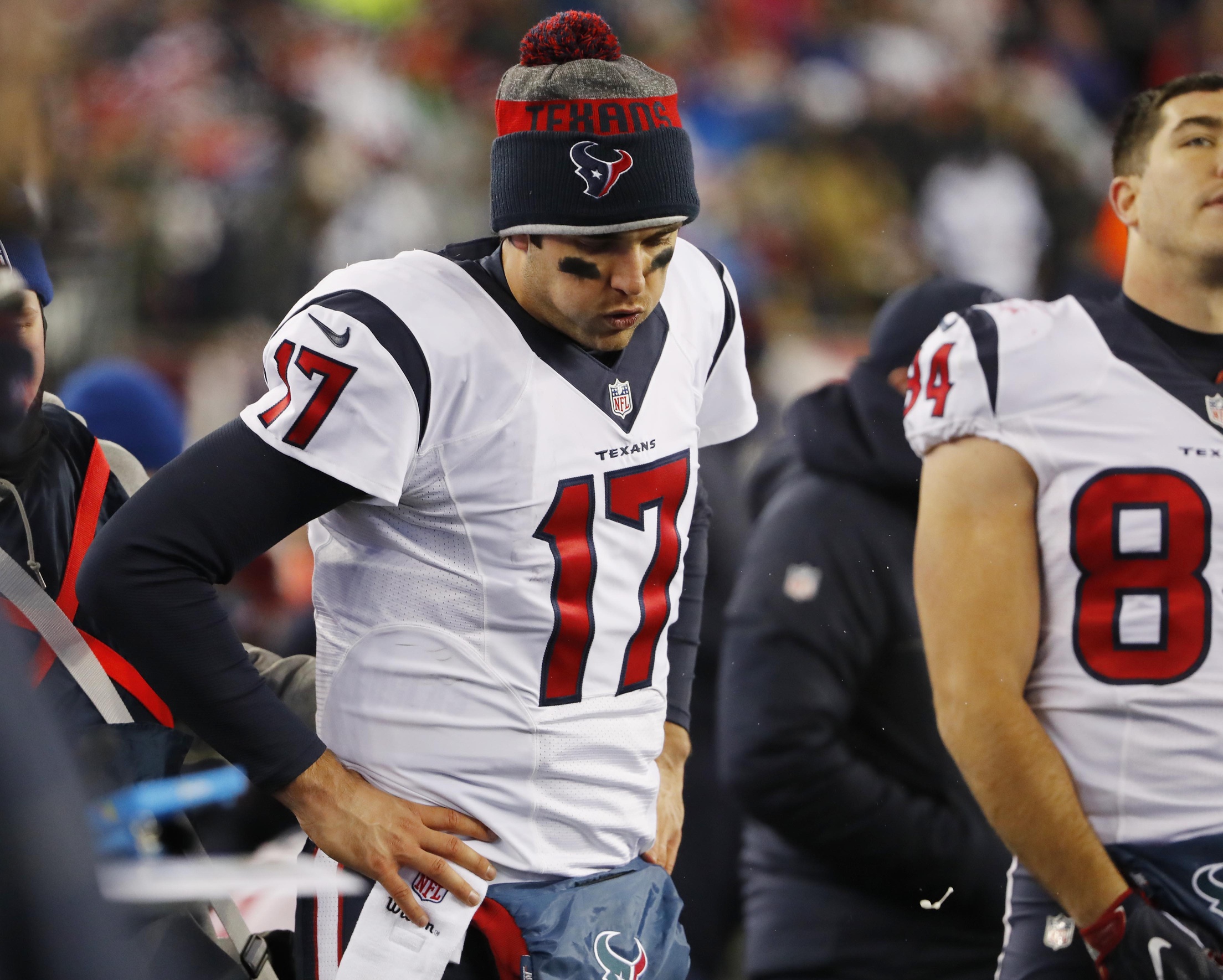 In what has to be considered one of the most stunning moves in recent NFL history, the Houston Texans have reportedly traded free agent bust Brock Osweiler to the Cleveland Browns.

As Adam Schefter noted above, Cleveland also picks up a 2018 second-round pick from Houston in the deal.

This is the NFL’s version of a salary dump in its clearest form.

Signed to a four-year, $72 million contract by Houston last March, Osweiler was downright disastrous in his only season with the team. It was so bad that he found himself benched for Tom Savage before ultimately retaining his starting job after Savage himself was injured.

In the end, Osweiler would throw three interceptions in a AFC Divisional Playoff loss to the New England Patriots, pretty much sealing his fate with Houston.

Cleveland has been bandied about as a potential landing spot for multiple quarterbacks. Though, Osweiler and his absurd contract never really came up in rumors.

This trade also seems to suggest that the Texans like their chances of acquiring Dallas Cowboys quarterback Tony Romo.