If Tom Brady does play in the NFL next season, some Tampa Bay Buccaneers players would be very surprised if it’s in a Bucs uniform.

The 2022-2023 season was a mess from start to finish for the Buccaneers. In the offseason, starting quarterback Tom Brady retired, then walked back his unexpected decision a month later. Head coach Bruce Arians shockingly retired following Brady’s return. Then training camp and the preseason were covered by a dark cloud due to questions about the QBs dedication to the team and the drama going on in his personal life.

However, the team was unable to bounce back from that unusual start to the 2022 league year and they disappointed in a major way this season. They finished under .500 for the first time in the Brady era, and after reaching the NFL playoffs out of a terrible NFC South, they were easily dispatched by the Dallas Cowboys in the Wild Card Round.

Also Read: Tom Brady to Miami Dolphins definitely on the table in 2023

Even before their defeat to Dallas, there was some doubt if Tom Brady would be back in a Tampa Bay Buccaneers uniform next season. Well, it seems many of his teammates also don’t expect him to return to Tampa next summer either.

On Saturday morning, NFL Network league insider Ian Rapoport reported that many of Brady’s Tampa Bay teammates are under the impression he has no intention of returning to play with the team in 2023.

Rapoport noted that one Buccaneers player said, “I’d be surprised if he’s back,” while another claimed the future NFL Hall-of-Famer “sounded like a person saying goodbye for good.”

The report also added that Brady is expected to use the next few weeks to evaluate three paths ahead. Those being a return to the Tampa Buccaneers, retiring again and beginning his career in broadcasting with FOX, or returning in 2023 with a new team. 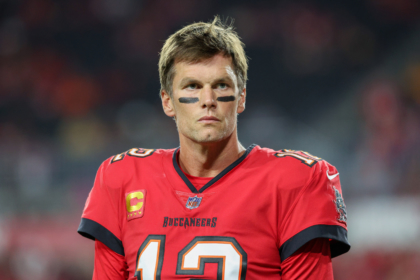 If Tom Brady does come back next season, the Raiders, 49ers, Dolphins, and Titans are all believed to be possible destinations for the seven-time Super Bowl champion.