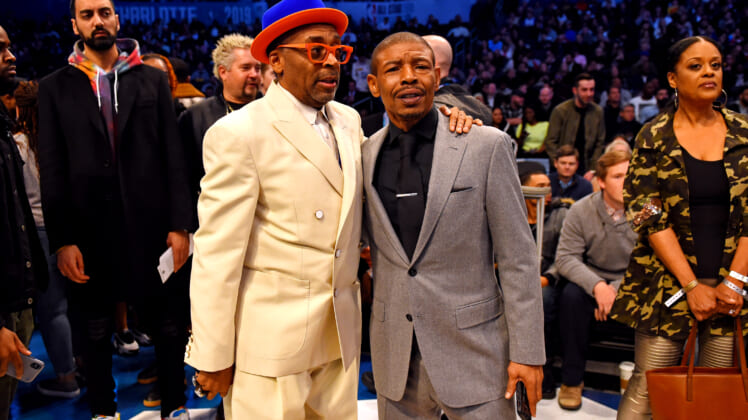 Basketball players come in all shapes and sizes. This is proven by players such as ‘The Round Mound‘ and the ‘Stifle Tower‘. Today, we’re focusing on the shortest NBA players ever.

How many players are in the NBA? With each of the 30 rosters allowed to hold a maximum of 15 players during the season, there are at least 450 players signed to NBA contracts.

Counting down the shortest basketball players, we go from 10-1, with the shortest person in the NBA coming at the end. You’ll also find the shortest current NBA player.

There are several players who officially measured in at around 5-foot-8, as Charlie Criss was listed at, but some suggest he was even smaller than his listed height, which isn’t all that uncommon.

Standing at 5-foot-7, Keith Jennings entered the NBA as an undrafted free agent with the Golden State Warriors. He managed to play in 164 games in his pro career, before heading overseas for several more.

Like many other NBA players, Greg Grant had to overcome long odds just to be signed by an NBA team. Perhaps they overlooked his 5-foot-7 frame, but Grant lasted nine years in the league.

You know what they say. Those who can’t do, teach. There’s no one saying Monte Towe wasn’t talented (he even made an All-Star team), but it’s clear, his 30 years as a basketball coach dwarf his two seasons playing basketball.

Another relatively unknown player, Wat Misaka will always have his name etched in the record books, but it’s not due to being 5-foot-7. Instead, Misaka has the unique distinction of being the first player of Asian descent to reach the NBA.

If you’ve never heard of Red Klotz, you’re likely not alone. The 5-foot-7 guard only played 11 games in the NBA with the Baltimore Bullets, but they did manage to win an NBA title, which makes Klotz the shortest NBA player to win a ring.

4. Spud Webb is the most well-known short basketball player

Commonly mistaken for the shortest NBA player in basketball history, many people are curious to know the true Spud Webb height.

Since so many forget, you may wonder, just how tall is Spud Webb? He stood at 5-foot-6 during the height of his basketball career.

Webb will forever be infamous for being able to dunk the ball despite being vertically challenged. Although, his athleticism has never been questioned. He proved that by winning the 1986 Dunk Contest.

We know who the shortest NBA players of today are, but there was a time when Mel Hirsch of the Boston Celtics, at 5-foot-6 was the smallest NBA player. From 1946-47, Hirsch played 13 games in his short career.

At 5-foot-5, Earl Boykins may be small, but he’s not quite the shortest basketball player in existence. Boykins didn’t let his slight frame prevent him from playing in 652 NBA games in his career.

He was a popular player at the height of his career, even making a cameo in the 1996 basketball classic appearing in Space Jam alongside Michael Jordan and several other NBA stars at the time.

Now the next time someone asks who is the shortest NBA player, you might have an informed answer ready to go.

Related: Who are the ten oldest players in the NBA?

Bonus: Who is the shortest current NBA player?